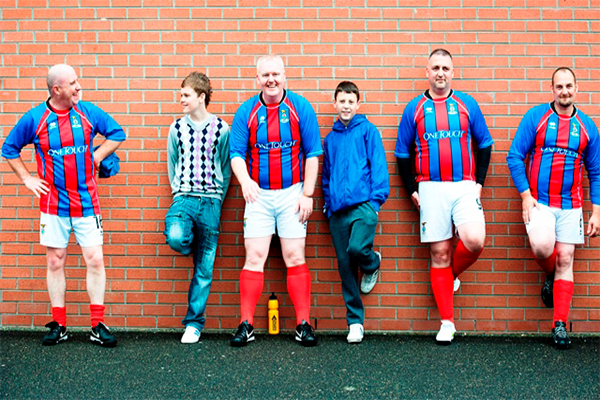 Posted at 10:11h in News by healthystadia

Nearly €6 million has been awarded to an eleven strong project consortium, led by the University of Glasgow and including the European Healthy Stadia Network, to develop and evaluate a European wide research programme to help male football fans become more active, less sedentary and improve their diet.

Approximately twenty million fans attend top division football games each week across Europe and many more watch on TV. A new EU-funded health project will work with top football clubs from across the continent to encourage fans to take up healthier lifestyles. The project, called ‘EuroFIT’, will use the personal connections and loyalty supporters show their clubs to influence men in making significant changes to their lifestyle. Groups of football fans will be encouraged to take part in a tailored fitness and lifestyle programme with their own football club, receiving tips about how to boost their daily levels of physical activity, sit down less and improve their diets.

The project is building on the highly successful Football Fans in Training model which has run for three seasons in Scotland. The model seeks to encourage healthy weight loss and fitness that can be sustained over the long term. In the 2010-11 season alone, 412 men shed 2,300kg of weight and lost 2400 cm from their collective waist measurements. In Scotland, the programme is run in partnership with the Scottish Professional Football League.

Professor Sally Wyke, Principal Investigator and Deputy Director, Institute of Health and Wellbeing at the University of Glasgow said: “We know that men, particularly, are much less likely than women to use existing opportunities for lifestyle change. Football is a real draw for many men, and increasingly also for women supporters. The commitment many feel to their clubs and the opportunity to train with other fans to be healthier is a real bonus for them. This project is extremely exciting and ambitious – it could be adapted for all sorts of other groups, and lead to positive lifestyle changes in men, their families and wider social networks across Europe”.

Football fans will take part in an interactive programme led by coaches from the participating football clubs, with training sessions being held at club grounds and training facilities. In addition to using behaviour change techniques, technological developments will be utilised to provide continuous feedback for monitoring progress which will help keep men motivated and active. This includes the new SitFIT™, being developed by Glasgow-based PAL Technologies Ltd which will monitor how much time you spend sitting and how much time is spent moving around.

The researchers will evaluate the performance of the EuroFIT model through a multi-centre, randomised controlled trial (RCT) in top professional football clubs across the UK, the Netherlands, Norway and Portugal, to verify its impact on physical activity and sedentary behaviour, physical and mental health.

Speaking about the project, Matthew Philpott, Director of the European Healthy Stadia Network said: “This project has a real opportunity to further define the important role football clubs can play in improving levels of fitness and health of fans across Europe. We are delighted to be part of this project consortium, collaborating with experts from the fields of behaviour change, physical activity, nutrition and lifestyle technologies, and look forward to working with them and many of our Network member clubs to develop the EuroFIT model over the following years.”

EuroFIT is funded by the EU’s Framework Programme Seven, and is supported by leading professional football clubs from the Dutch Eredivisie, English Premier League, Portuguese Primeira Liga, and Norwegian Tippeligaen. The project bid was developed by the consortium over 12 months and received backing from UEFA and the World Heart Federation.

The full partners in the EuroFIT programme are: 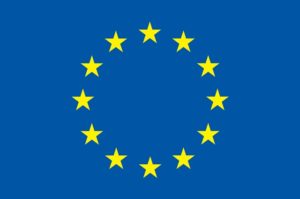 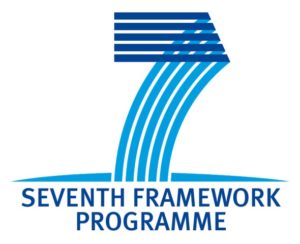