Beyond pies and chips: catering for health at sports stadia 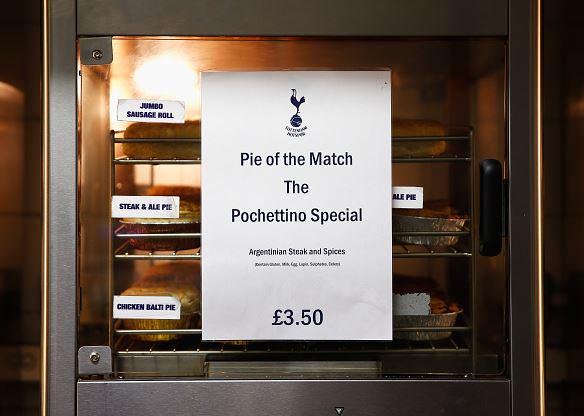 30 Mar Beyond pies and chips: catering for health at sports stadia

Posted at 09:09h in News by healthystadia

Last month’s FA Cup tie between Sutton United and Arsenal hit the headlines for all the wrong reasons. The scandal, known informally as ‘pie-gate’, reaffirmed some uncomfortable truths about professional sports and the betting industry. But the relationship between sport and food was barely noted.

Whilst professional athletes have access to the best nutritional advice available and every calorie consumed is poured over by a team of dedicated sports scientists, supporters in the UK are often left with little more than a few miserable lumps of fatty beef encased in under-cooked pastry. Yummy.

Countries across Europe have different customs when it comes to matchday catering, with pies being favoured in the UK, varieties of hot meat sandwiches the preferred option in Scandinavia, central and southern Europe, and nuts and seeds in eastern Europe.

But irrespective of where you are from, food and drink at sports stadia can be an integral part of the matchday experience and with fan satisfaction high on the agenda, clubs and stadia have been discouraged from straying too far from traditional matchday products. But supporters are becoming increasingly food-savvy and preliminary research suggests that fans are beginning to demand more than just pie and chips.

According to a recent YouGov UK report (Sports Venue Catering 2016), two thirds (64%) of supporters who purchase food at stadia thought they would only be able to buy fast food and a similar proportion (63%) expected the food to be unhealthy.

A further 59% of stadium visitors felt that food in sports venues is worse value for money than other food outlets. Supporters have also noted that stadium’s rarely provide appropriate options for children both in terms of portion size and the food itself. All of this pushes supporters away from choosing to eat at the stadium – a missed opportunity for additional revenue to improve matchday experience.

There are clearly opportunities for those involved in stadium catering and concessions management to review existing food and drink provision, with a view to improving fan experience on a matchday. But clubs and stadia operators are also in a prime position to develop fresher and healthier menu items which can contribute to improved public health outcomes.

By procuring healthier items and reformulating existing menu options, clubs and their stadia can have a small, but not insignificant impact on the health of their fans and workforce. Effective pricing and promotion strategies can also nudge supporters away from food and drink high in fat, salt and sugar and toward healthier alternatives.

Chelsea F.C is one example of a club taking this approach. They offer home and away supporters sub-500 calories menu items including vegetable wraps, tandoori chicken wraps and chicken miso noodle pots as part of their ‘Eat Right’ range. These items are also competitively priced so supporters aren’t left out of pocket.

Similarly, Tottenham Hotspur provide supporters with a range of sandwiches, wraps and salads from their N17 Deli at White Hart Lane, but also offer a range of high quality pies including the ‘Pochettino Special’ – Argentinian steak and spices.

Healthy Stadia is currently working alongside public health nutritionists at partner organisation Food Active to develop an online assessment tool which will allow clubs and stadium operators to evaluate match-day concourse catering in terms of food preparation and healthier cooking techniques; portion and condiment control; supply of healthier beverages; and pricing and promotion of products.

“Addressing food and nutrition issues through settings-based approaches has proven successful in schools, hospitals and even prisons.

“Professional sports clubs and their catering suppliers have the opportunity to team up with public health professionals to improve matchday satisfaction of their fans and also play a part in tackling huge challenges facing the NHS such as the obesity crisis.”

The benchmarking tool will take advantage of recently published guidelines by Public Health England on healthier and more sustainable catering. The assessment tool – The Healthy Match Mark – will launch later in 2017.

Healthier Catering will be discussed at the European Healthy Stadia Conference to be held at Emirates Stadium, the home of Arsenal F.C, on 27th April 2017. For more information and to register as a delegate, please visit: 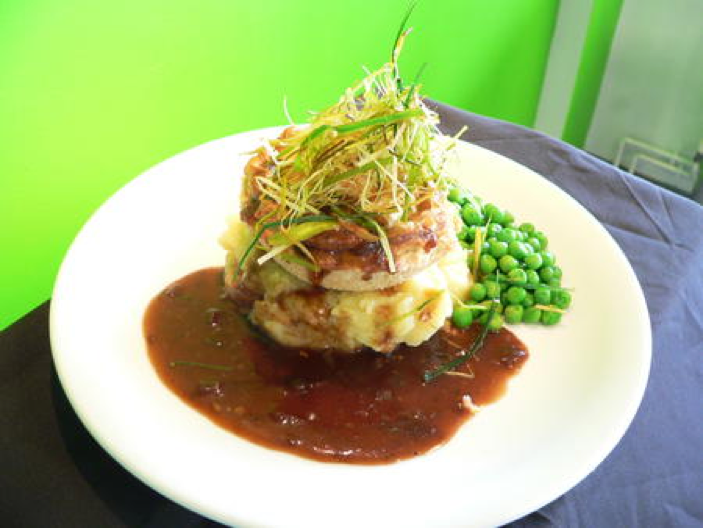 Forest Green Rovers’ Q-Pie: handmade in Stroud, this pie has a secret ingredient – Quorn – a healthy alternative to meat, high in protein and fibre, and low in fat.

A unique example of a professional sport club doing catering differently is Forest Green Rovers (FGR). After removing meat burgers and sausages in 2011, chicken shortly after, fish in 2015 and finally cow’s milk later that year, FGR became the first completely vegan football club on the grounds of health and environmental sustainability.

Brighton & Hove Albion F.C. showcase active travel provision
Sports Stadia and active travel: if you build it will they cycle?