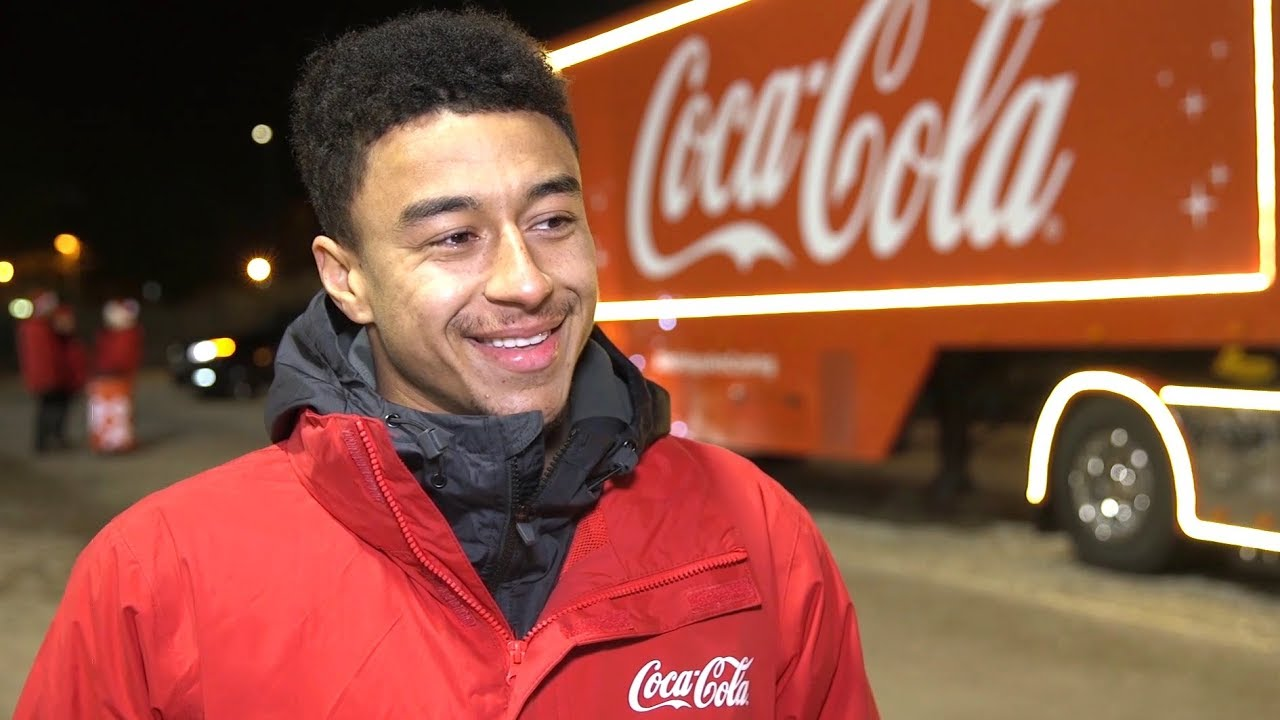 Posted at 14:30h in News by Michael Viggars

December is one of the busiest months in the football calendar with some clubs having to contend with two fixtures a week, yet Manchester United’s Jesse Lingard still found time to join the Coca-Cola Christmas Truck Tour during an unscheduled stop at Belle Vue Sports Village in Manchester earlier this week.

At Christmas, Coca-Cola’s marketing goes into overdrive as newspapers across the country regurgitate press releases for its Christmas truck tour, with advertorials promoting the truck as a “Christmas tradition”. Local journalists also promote the tour on social media, encouraging parents to bring their children along to see the garish spectacle.

In effect, the truck is just another Coca-Cola campaign designed to brand the holiday period and Santa Claus himself and has rightly come under fire over the last few years due to growing concerns over childhood obesity and oral health in the UK and the appropriateness of promoting a high-sugar product to children and young people. 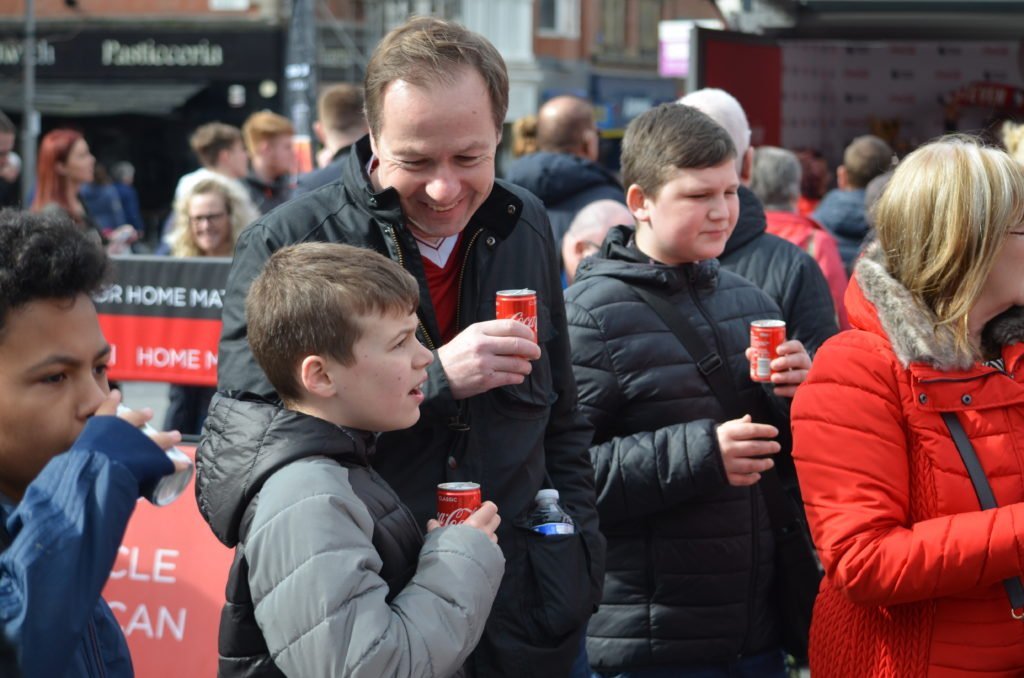 The Coca-Cola Premier League Trophy tour visited key cities in the UK and Republic of Ireland in the 2018/19 season, handing out Coca-Cola classic to fans including children.

This Christmas, Coca-Cola has decided to inject its Christmas Truck Tour with some Premier League star power inviting Manchester United’s Jesse Lingard along to an unscheduled stop in Manchester at Belle Vue Sports Village. Manchester is one of the most deprived Local Authorities in the country, with four in ten children at year 6 carrying excess weight and 43% of children aged 5 experiencing tooth decay.

Lingard’s post on Instagram about the event has attracted some 220,000 likes at time of writing and on Twitter the video has been viewed 4.1 million times. A significant proportion of these will be children and young people wishing to emulate the England player; children and young people who will now have more favourable opinions of the full-sugar Coca-Cola variant now the local star now is actively endorsing said product.

Jesse Lingard’s appearance in Coca-Cola promotions contrasts strongly with his former Manchester United teammate Chris Smalling who has been working with Bite Back to highlight how the food and drink industry use clever marketing to make food and drink high in fat salt and sugar appeal to children and young people.

Footballers and indeed physical activity and sports organisations need to be more aware of how their brands and identities are being co-opted to sell unhealthy products to vulnerable children and young people. The UK government should also act to ensure Coca-Cola and other unhealthy food and drink companies can’t exploit Christmas or the beautiful game at the expense of the nation’s health.

Is football bad for your health? How English Premier League clubs are used to promote energy drinks, booze and betting.
Sports Projects to help tackle Violent Crime in Merseyside