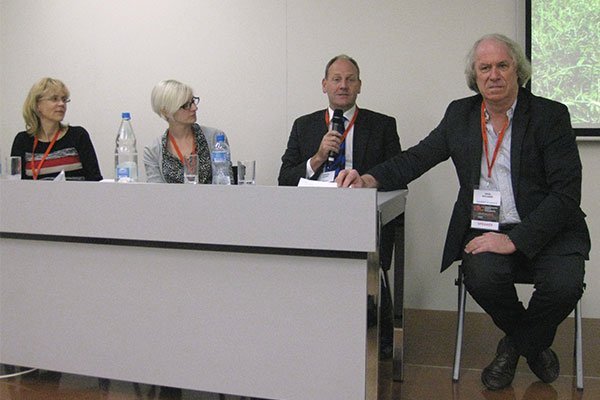 Posted at 11:39h in News by healthystadia

The Third European Healthy Stadia Conference, held on 10th December in Geneva, gave delegates the opportunity to hear about some of sport’s most innovative public health initiatives that are currently changing the lives of fans, local communities and, in particular, young people across the globe. Featuring an international line up of professional sports clubs, governing bodies of sport, global health agencies and non-governmental organisations, the day-long conference emphasised the unique ability of sport to engage target groups such as sedentary men and socially disadvantaged communities. The Conference was held as one of 18 conferences at the two day International Sports Convention 2014 with over 2000 delegates in attendance, making the Convention the largest sports networking event in 2014.

One of the recurrent themes of the day was the importance of working in partnership to deliver changes in both policy and practice to improve levels of public health through sport. Whether working in partnership with local authorities to improve levels of active transport to sports venues, or nutrition and mental health initiatives delivered at grass-roots level through football clubs and coaches in areas of high health inequalities in Northern Ireland, the importance of stakeholders from the sport, health and the NGO sectors working together to deliver successful programmes of work was loud and clear.

The Conference was honoured to receive its keynote presentation from Professor Jiri Dvorak, Chief Medical Officer at FIFA and Chair of F-MARC, who gave a powerful account of how football has immense potential to address non-communicable diseases such as type 2 diabetes and cardiovascular diseases, referencing the FIFA ’11 For Health’ programme that has been implemented in 79 countries to date. Professor Dvorak also discussed how FIFA has recently used the ‘11 For Health’ template to create a preventative campaign in response to the Ebola outbreak in West Africa, using the star power of players such as Xavi, Ronaldo and Gareth Bale.

The Conference was organised by the European Healthy Stadia Network, and supported by the World Heart Federation through its partnership with UEFA.