Do footballers need educating on the potential harms of their commercial partnerships? 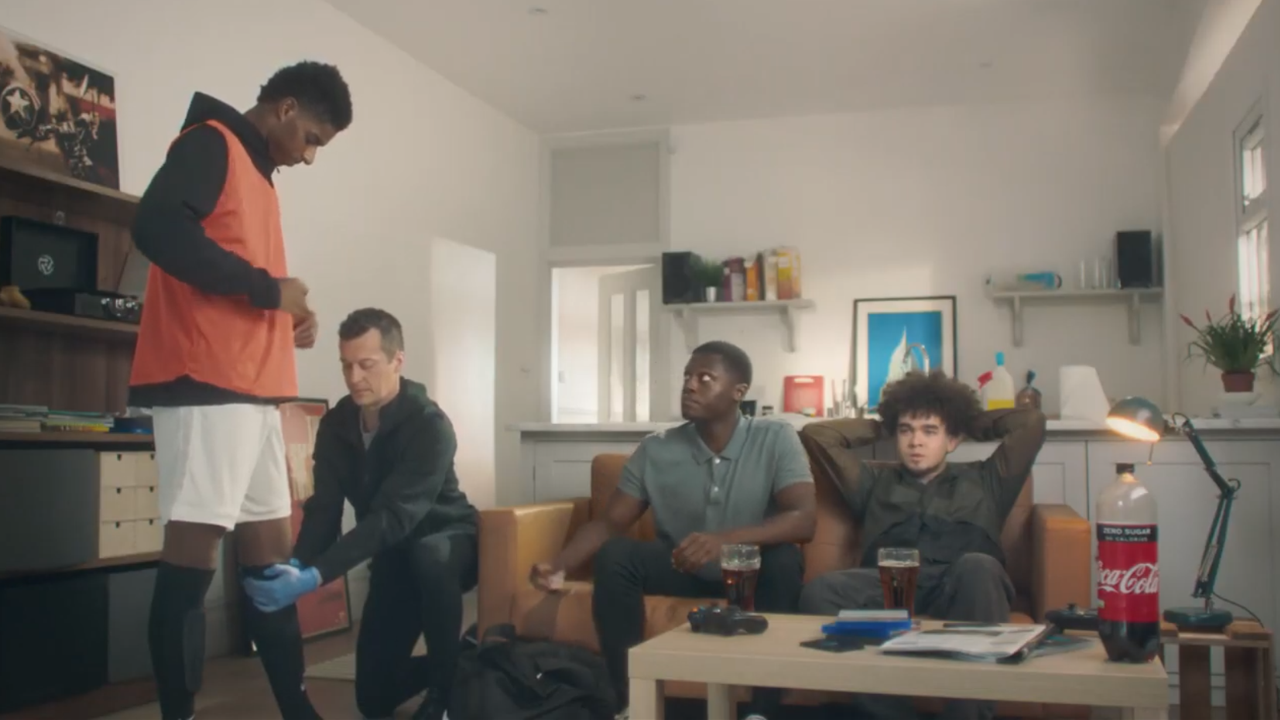 21 Oct Do footballers need educating on the potential harms of their commercial partnerships?

Posted at 13:02h in News by Michael Viggars

Football players past and present are being sponsored by junk food, soft drinks, alcohol and even gambling brands. But is this causing harm and are footballers in need of education?

Manchester United forward and all round good-guy Marcus Rashford MBE has appealed to the public to back his food poverty campaign, saying Britain should show compassion and empathy towards the poorest children in society.

The England forward is now calling on people to be generous and to help rather than judge children and families that may have fallen on hard times, saying, “food poverty is never the child’s fault.”

The same can be said of obesity.

Our weight is largely determined by our environment – literally the conditions in which we live. Persistent advertising and easy access to highly processed, energy dense, nutrient poor products such as junk food and soft drinks combined with a lack of opportunity to partake in physical activity can lead to weight gain.

In fact, obesity and food poverty are highly correlated. Low pay, insecure work, high living costs and insufficient social security holds families on low income in a cycle of struggle, where simply putting food – any food – on the table is the immediate priority.

In a recent peer-reviewed article published in the journal Obesity, researchers found that people who were more food insecure tended to have a higher Body Mass Index (BMI). Individuals who were experiencing food insecurity, suffered greater levels of stress. In turn, these higher stress levels, were associated with eating to cope, and eating to cope is associated with higher BMI.

We know poverty places restrictions on people in terms of accessing healthy food. So, you may then be surprised to hear that Marcus Rashford MBE is currently involved in the Premier League’s most recent advertising campaign with Coca-Cola.

Whilst advocating for much-needed support for vulnerable children and families, the England striker is simultaneously, and perhaps inadvertently, normalising consumption of what is ultimately an expensive, high-sugar alternative to water.

The situation gets even more complex when you bring Rashford’s employers into the conversation. Manchester United are partnered with Cadbury whilst the English FA is sponsored by McDonald’s, Snickers, Walkers, Lucozade Sport and Deliveroo.

There is a wealth of evidence on the nature, extent and effects of the marketing of food and drink products high in fat, salt and/or sugar (HFSS) to children. Research shows that advertising affects children’s eating and drinking behaviour, preferences, knowledge of nutrition and crucially, intake.

Perhaps obesity is not the child’s fault either?

Rashford is not the first and certainly will not be the last footballer to promote competing interests at the same time. Football and sport more broadly are full of incongruencies between supposed positive outcomes and unhealthy products and services.

In September, former Wales international Robbie Savage took to Twitter to congratulate the Football Association of Wales (FAW) and FAW Trust for introducing a smokefree sidelines policy in grassroots football to coincide with World Heart Day. The initiative will help to protect parents and coaches from second-hand smoke, de-normalise smoking in the eyes of young players and reduce the littering of cigarette butts.

Savage completed his tweet by saying, “Now more than ever we need to show the next generation healthy lifestyle choices.” Again, you may be surprised to learn that he has an affiliation with bookmaker William Hill and features regularly on Just Eat’s matchday broadcast adverts on BT Sport.

On the one-hand it is admirable that Savage is using his platform to raise awareness of a policy that will protect health. On the other, it is incredibly frustrating that there is either a lack of understanding of the true harms of gambling for fans and members of the public (gambling education for footballers is often focussed on the integrity of the game rather than the integrity of people’s livelihoods) or an unwillingness to sacrifice earnings and accept a degree of personal responsibility. In a recent report by the Royal Society of Public Health, 41% of 11-16 year olds reported they have seen a gambling advert on TV or radio at least once in the last month.

At this moment in time, little research has been conducted on the nutritional value of menu options marketed through online food delivery platforms (OFDPs) such as Just Eat. However, the University of Liverpool found that the energy content per main meal in restaurants (many of whom now utilise OFDPs following the pandemic) averaged 977 kcal, exceeding the guidance provided by Public Health England which recommends consuming 600 kcal or less for main lunch and dinner meals to avoid excess daily energy intake and maintain a healthy body weight.

Which brings us full circle to Marcus Rashford. It is obvious that Manchester United’s number 10 is shouldering more than his fair share of responsibility for children, young people and families experiencing food poverty and his campaigning, backed by evidence, has and will continue to alleviate much suffering.

Rashford’s interest and support for this campaign is rooted in his understanding of food poverty. He has spoken eloquently on how it affected him and his family growing up and this has undoubtedly played a role in his desire to educate and galvanise support from the public on this issue.

Imagine how far a little education would go in linking other societal problems such as obesity, excessive alcohol consumption and problem gambling with commercial partnerships held between footballers and unhealthy commodity industries.

In the words of Marcus Rashford, “Let’s protect our young. Let’s wrap arms around each other and stand together to say that this is unacceptable, that we are united in protecting our children.”