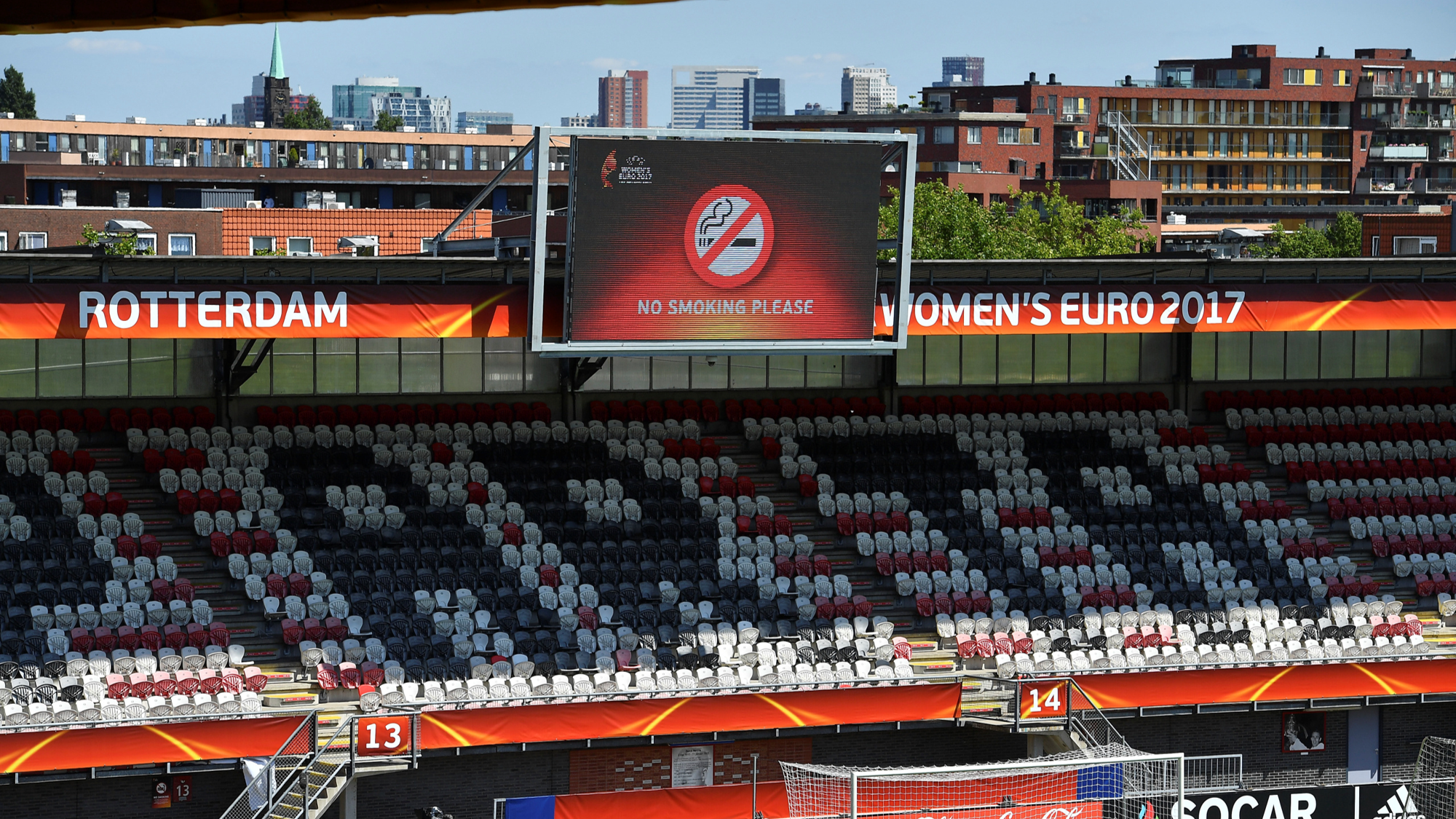 Posted at 10:25h in News by Michael Viggars

In partnership with all 34 professional football clubs in the Netherlands, the Royal Dutch Football Association (KNVB) and the Dutch Alliance for a Smoke-free Society (Alliantie Nederland Rookvrij) the Eredivise and Keuken Kampioen Divisie has declared that from the start of the 2020/21 season all Dutch football stadia will be declared Smoke-free.

Healthy Stadia has supported professional sports clubs, league operators, national and international governing bodies of sport to implement No Smoking policies in sports stadia across Europe for more than ten years, driven by the desire to protect fans from second-hand smoke in the absence of sufficient national legislation.

At present Dutch national tobacco control legislation does not prohibit the use of tobacco products in open-air and semi-enclosed areas, which means that smoking is legal in the majority of sports stadia in the Netherlands. The exceptions to this rule include the Amsterdam Arena (AFC Ajax) and Gelredome (Vitesse Arnhem) which have been smoke-free since 2008, as they both have a retractable roof and are covered under different legislation.

Therefore, the Eredivisie and Keuken Kampioen Divisie have taken the bold decision to introduce a No Smoking policy that will cover all internal areas of Dutch sports stadia including seating areas, toilets, restaurants, stairwells, business areas, suites and skyboxes. In fact, the only place smoking will be permitted will be outside of the stadium before the turnstiles.

KNVB have also committed to operating a No Smoking policy at all Dutch national team fixtures as part of the Smoke-free Stadia or ‘Rookvrije Stadion’ movement in the Netherlands.

To help implement this, Healthy Stadia will work with partners in the Netherlands including Eredivisie, Keuken Kampioen Divisie and KNVB to prepare a Dutch-language version of our Tobacco-Free Stadia Guidance to support the implementation of the league-wide No Smoking policy in all Dutch football stadia.

Healthy Stadia will also develop a training module for stewards, security and volunteers to educate them on the need for the No Smoking policy, how to enforce it on a matchday and techniques to help manage issues of non-compliance.

Whilst tobacco use is a major risk factor associated with heart disease, stroke, bronchitis, emphysema and a wide range of cancers for those that use tobacco directly, even those who do no smoke are still at risk.

Non-smokers, including children and young people, can be exposed to second-hand smoke for over two hours during a football match and will involuntarily inhale the same poisonous toxins, gases and particles through second-hand smoke as someone using tobacco.

In Europe, second-hand smoke contributes to the death of 79,000 non-smokers a year and regular exposure can lead to the development of asthma and other serious health conditions for children and young people.

The Rookvrije Stadion initiative will also support and promote the Rookvrije Generatie (smoke-free generation) work at grassroots level. Hundreds of amateur sports clubs have been declared smoke-free over the past few years to de-normalise smoking in sports setting and to discourage children and young people from starting smoking.

More information can be found at www.rookvrijestadions.nl

Boundaries for Life: Get your health checked at the Cricket in 2019
Morrisons score own goal hosting Carabao Cup Draw