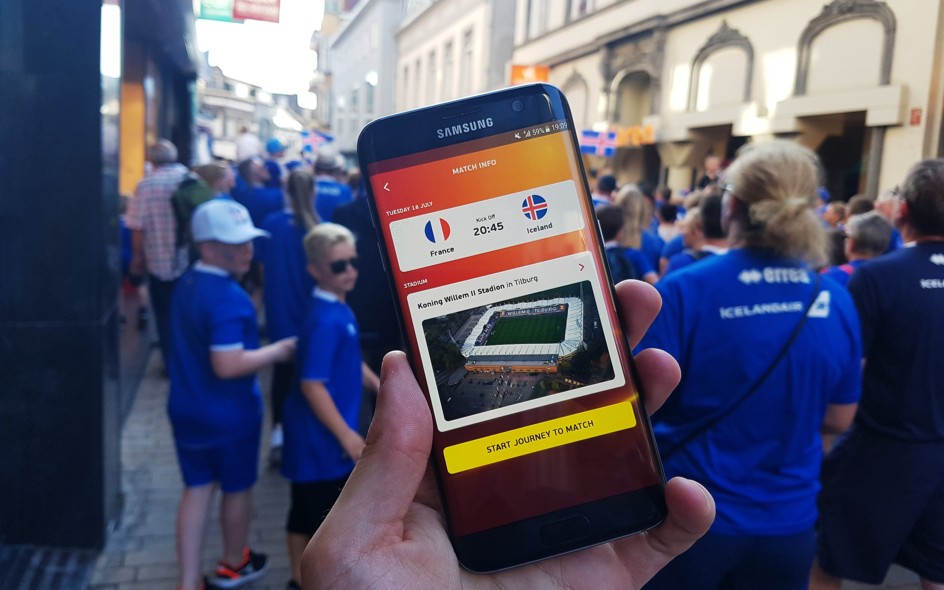 Mobile application inspires fans to make a healthy heart their goal by encouraging fans to walk or cycle to matches at biggest ever Women’s EURO tournament.

Fans and staff who attended UEFA Women’s EURO 2017 fixtures in the Netherlands this summer have boosted their heart health, by walking and cycling to host stadia and collectively covering over 2000km, burned almost 80.000kcal and saved over 250.000g CO2 emissions.

Over 1700 people including women, children and families downloaded the Active Match App which logged their journey to matches by bike or on foot by recording their GPS location and monitoring their speed at regular intervals.

The free-to-use Active Match Mobile App, provided users with directions and mapping to host venues plus information on where bicycle locking facilities were located at each host stadia.

Upon arrival, users received a notification summarising their journey and confirming their entry into a competition to win tickets to the Final in Enschede on Sunday 6th August.

The Active Match App, developed by The European Healthy Stadia Network, was part of World Heart Federation’s (WHF) A Healthy Heart Your Goal that ran throughout UEFA Women’s EURO 2017.

This joint campaign between WHF, UEFA, The Dutch Heart Foundation, the Royal Dutch Football Association (KNVB) and the European Healthy Stadia Network aimed to raise awareness of heart health and encourage women, children and fans to be more physically active.

Activities including an online fitness challenge, visits to Dutch schools and games in the fan zones prior to each match at UEFA Women’s EURO. The A Healthy Heart Your Goal campaign was also promoted through giant heart-shaped banners on the field during the opening ceremony, big screen announcements at half-time and advertising hoardings at each host stadia.

In the Netherlands and in Europe, cardiovascular disease is the number one cause of death for women, with one in three dying from heart related illnesses. Being active through playing sports such as football and choosing to walk or cycle rather than using a car or public transport can make a big difference: just 30 minutes of moderate exercise, 5 days a week can boost heart health and help prevent heart disease and stroke.

“UEFA is committed to helping people from all over Europe look after their heart and lead healthier lifestyles. By demonstrating that walking and cycling are viable modes of transport on a matchday, we hope to provide more opportunities for fans to leave their car at home, which will not only be of great benefit to their health but also complement UEFAS’ sustainability agenda, by reducing CO2 emissions.”

To learn more about the #ActiveMatchApp download the case study here or email Matthew Philpott.