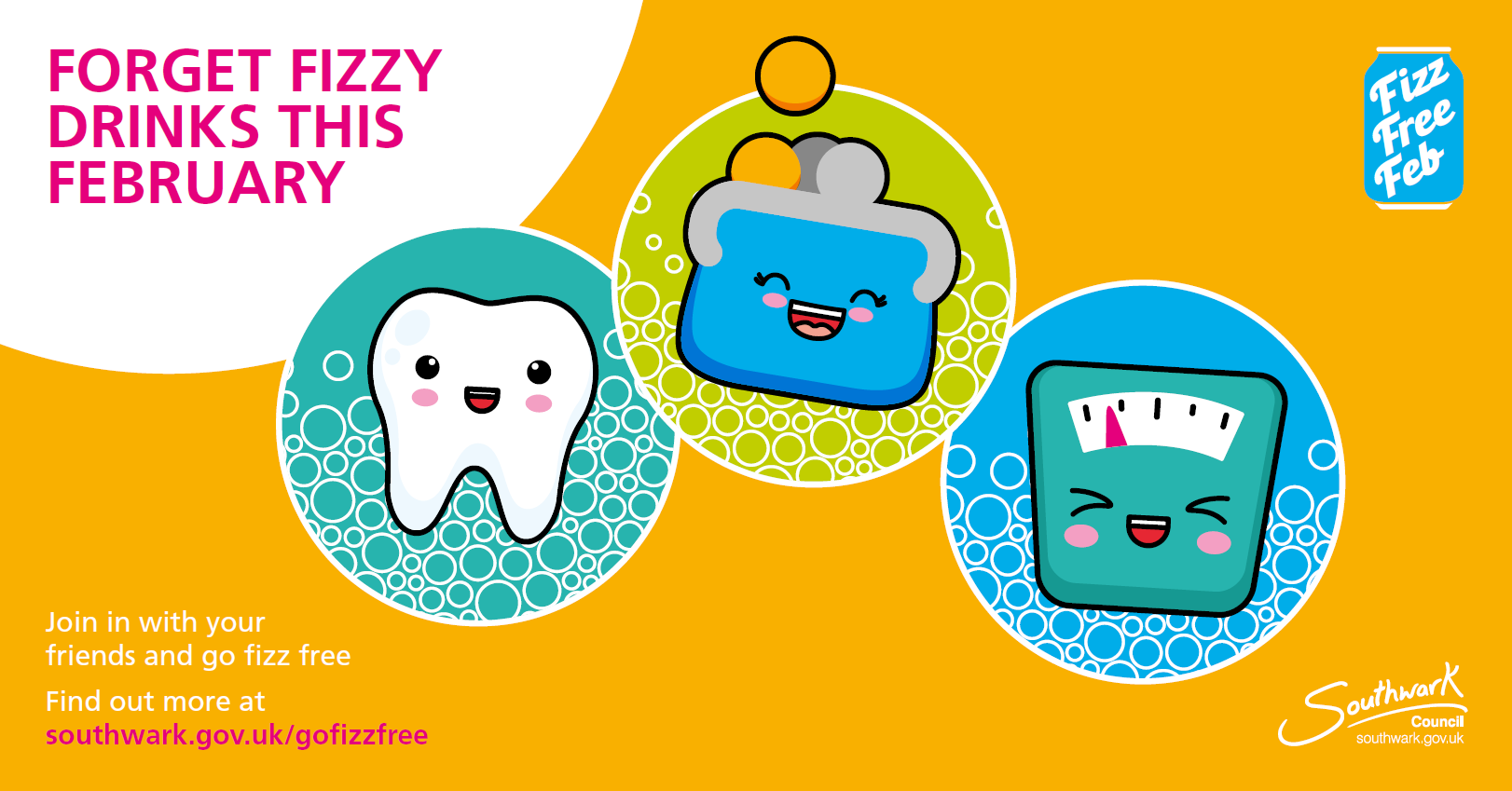 Posted at 11:12h in News by Michael Viggars

Healthy Stadia is pleased to support Fizz Free February, a campaign encouraging people to give up fizzy drinks for a month.

Initiated by the London Borough of Southwark in 2018, the campaign has since been picked up by other local authorities across the UK, and the national Sugar Smart campaign. In the same month that the Premier League will activate its new partnership with Coca-Cola, and Chelsea will play Manchester City in the League Cup Final sponsored by energy drinks brand Carabao, Healthy Stadia is asking sports clubs to play their part in promoting the campaign.

It is now well established that the UK is experiencing a child overweight and obesity crisis which will cost the NHS billions of pounds per year if trends are not reversed. Fizzy drinks are the largest single source of sugar for children aged 11-18, and they provide an average of 29% of daily sugar intake. There is also a specific impact on the oral health of children caused by fizzy drinks, plus an additional financial burden on the NHS due to extraction of children’s teeth, operations for which increased between 2013 and 2018 by 18% to a total of 45,077 per annum at a cost of £38.9m.

While health messaging often advocates a switch from full sugar fizzy drinks to artificially-sweetened drinks as the lesser of two evils, Fizz Free February is also a good opportunity to highlight the harm to oral health from acids contained in diet drinks, and to challenge people to break the habit of regularly consuming sweet-tasting fizzy drinks.

The campaign is being backed by MPs, chefs and public health agencies, including the Shadow Secretary of State for Digital, Culture, Media and Sport, Tom Watson. For Watson, who managed to reverse his own type 2 diabetes with a rigorous, sugar-free diet and exercise regime, the campaign is not just about saving younger people from health problems but also about fighting back against corporations that profit from children’s high sugar consumption:

“The heaps of sugar companies are putting in their fizzy drinks are as good as poisoning our kids,” he said. “With scores of children suffering from tooth decay, obesity and even diabetes, we must do something to alert people to the danger of too much sugar,” he said.

Posters, and other resources such as Fizz Free February calendars, are available from the Sugar Smart website

Sports clubs can also deliver sugary drinks education sessions in local schools through Healthy Stadia’s successful Give Up Loving Pop (GULP) programme which has been delivered by Premier League and English Football League clubs over the last 2 years.

EuroFIT Featured at Football is Medicine Conference
Marketing to Children through sport: How sugary drinks companies circumvent their own policies