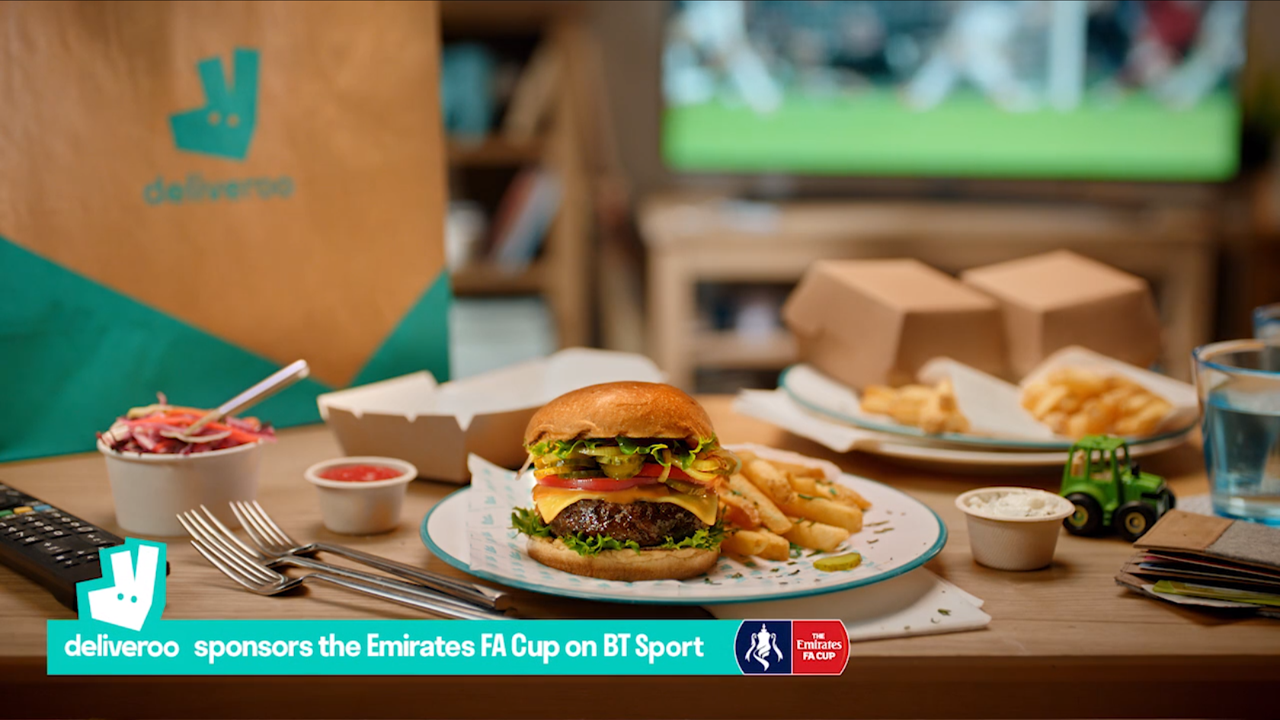 Posted at 12:33h in News by Michael Viggars

With junk food companies such as McDonald’s and KFC now increasingly unpalatable partners for sports organisations due to their established links with childhood obesity, online food delivery platforms such as Deliveroo are now filling the void left by once-dominant food corporations.

In September 2019, Deliveroo, an online food delivery platform (OFDP) signed a partnership agreement with the English Football Association (FA), becoming England’s first sleeve sponsor. The OFDP’s logo has so far appeared on the training kit of all senior men’s and women’s sides including Gareth Southgate’s squad during the European Qualifiers.

As part of the deal, Deliveroo is also supporting the Emirates FA Cup, featuring on digital advertising hoardings at matches and in media and press briefing areas. Deliveroo has regularly advertised their services on broadcast and social media in the days and hours preceding FA Cup fixtures, providing matchday offers to encourage consumers to order food via their platform.

In December, Deliveroo also offered customers the chance to win a free personalised football kit when they ordered a Coca-Cola product on specific matchdays and during FA Cup third round ties in January, participating restaurants displaying the “Emirates FA Cup Freebies” tag offered customers either a free starter, side dish or dessert with qualifying orders.

One restaurant that took part in the promotion, Gourmet Burger Kitchen, offered a selection of free milkshakes ranging from 624 to 912 kcal per drink as part of this deal. To put this into context, Public Health England recommends consuming 600 kcal or less for their main lunch and dinner meals to avoid excess daily energy intake and maintain a healthy body weight.

The partnership between Deliveroo and the FA is one of several sponsorship deals signed between OFDPs and sports organisations and these partnerships seem to be displacing some of the more traditional junk food companies who have historically sponsored sport.

For instance, in 2017 McDonald’s abruptly terminated their reported £40-million-a-year deal with the International Olympic Committee in 2017 three years early. Therefore, McDonald’s advertising will not appear officially at the Tokyo Olympics this summer. Similarly, McDonald’s had sponsored the UEFA European Championships since 1988 but are not included in the 2020 sponsorship portfolio.

Both these instances suggest that sustained pressure from public health advocates and the general public, has dissuaded McDonald’s from continuing these relationships. Others may argue that a changing food landscape is forcing them to re-prioritise – leaving the door open to OFDPs.

Other examples of food delivery services associating with sport include: 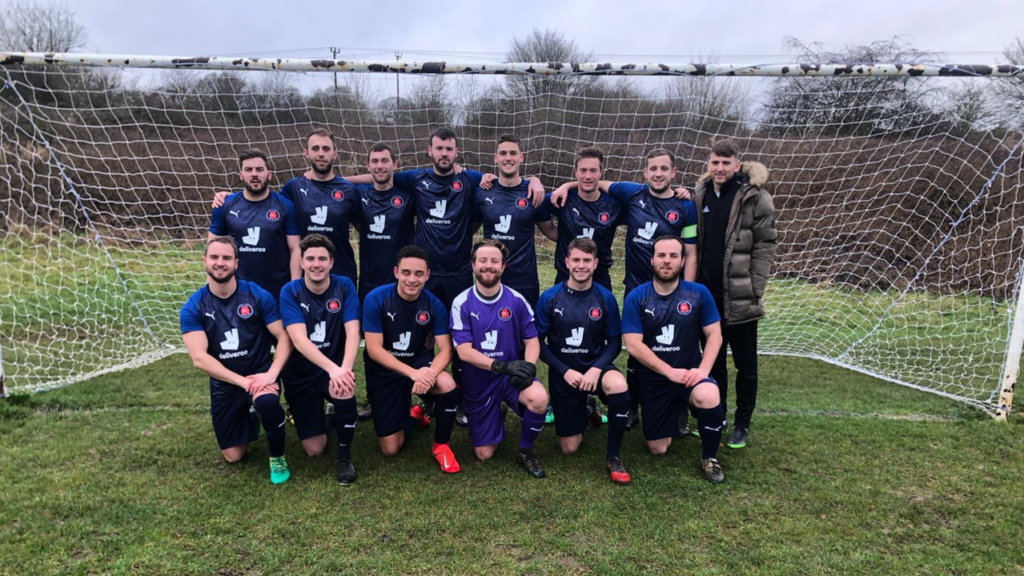 Flaunden FC flaunt their new kit featuring their ‘official takeaway partner’ Deliveroo. The BSL Premier League team are one of thousands of lower league and grassroots clubs who have received Puma manufactured kits sponsored by Deliveroo.

To date, little academic analysis has been performed on the healthfulness of menu options marketed through OFDPs, and whilst some will argue they provide a “choice” for consumers, that choice typically consists of pizza, burgers, fried chicken and highly calorific side orders and desserts.

Metropolitan areas tend to be saturated with a mixture of full-service restaurants and junk food outlets with the former often perceived as higher quality and therefore healthier, with more suburban areas comprising mostly independent fast food takeaways. But is there any real difference between the food offered between different types of restaurant?

Research from the University of Liverpool found that the energy content per main meal in restaurants averaged 977 kcal, exceeding the guidance provided by Public Health England which recommends consuming 600 kcal or less for main lunch and dinner meals to avoid excess daily energy intake and maintain a healthy body weight.

For the purposes of this study fast food restaurants were defined as:

“Restaurants that primarily provide consumers with largely pre-prepared ‘quick’ meals with little or no table service, with in-store seating and in which take-away orders are likely to account for a significant proportion of orders.”

In fact, a meal consisting of a classic burger, skinny fries and a free double Belgian chocolate milkshake ordered from Gourmet Burger Kitchen around the time of the FA Cup third round ties would total 2353 kcal.

Therefore, OFDPs, who now deliver on behalf of full-service restaurants, may be providing consumers with more calories than they realise. This combined with the ease in which consumers can access these services on mobile devices may also lead to more regular purchases – and consuming more calories more regularly can lead to weight gain.

Food has always played an important role in the matchday experience at football stadia, but how fans consume food when watching matches from their sofa is poorly understood.

By partnering with OFDPs, sports organisations are perhaps unwittingly substituting traditional junk food with what could potentially be a much more dynamic player, capable of encouraging the purchase of HFSS food and drink on a hyper-local level.

One thing is clear – if sports organisations continue to partner with OFDPs, they may inadvertently further entrench the association between watching sport and regular consumption of energy dense, nutrient poor food and drink products.