Football and Coca-Cola: A Timeline 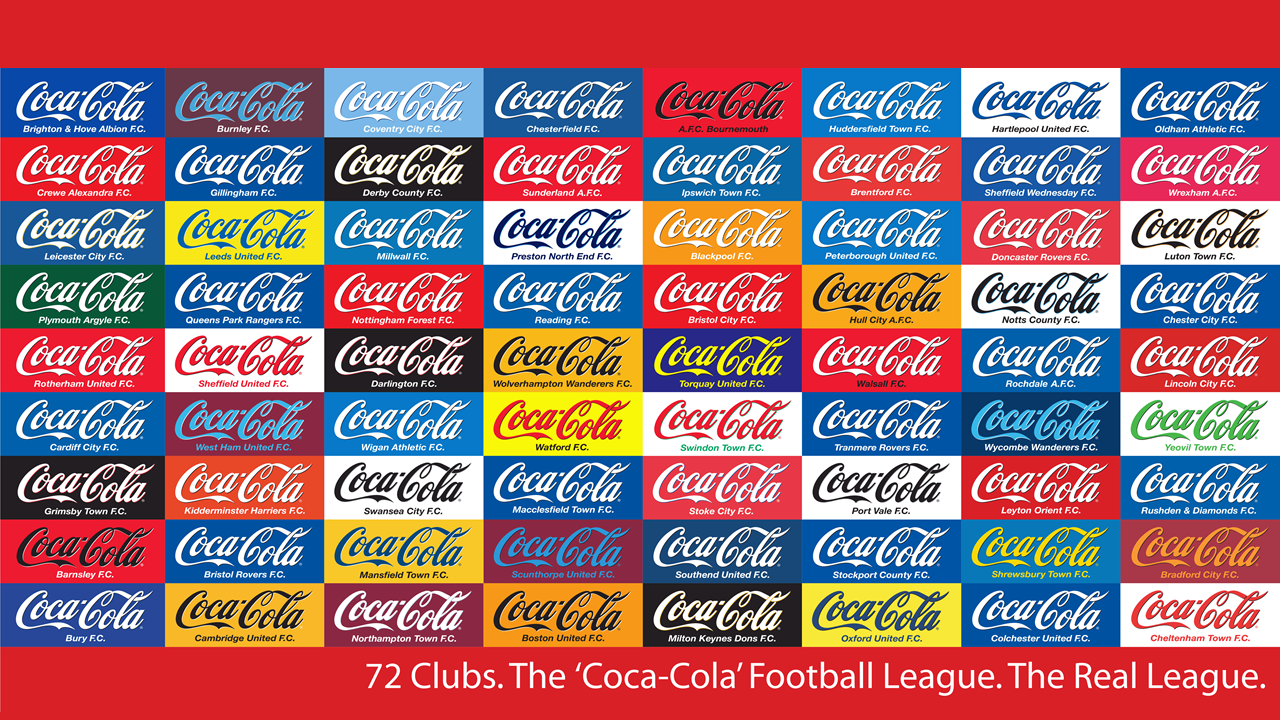 02 Jan Football and Coca-Cola: A Timeline

Posted at 00:01h in News by Michael Viggars

Last year, a three-and-a-half-year deal between the Premier League and Coca-Cola Great Britain was announced, starting in January 2019 – another partnership between Football and Coca-Cola. Coca-Cola will work with the Premier League to engage fans up and down the country, giving them an opportunity to get even closer to the action and connect with the game they love. The partnership includes multiple brands in the Coca-Cola portfolio, including fruit-based, sparkling and no- or low-sugar drinks. But it is highly likely that the brand that will be front and centre will be Coca-Cola Classic.

Before they get up to speed, we thought we’d take a look at Coca-Cola’s involvement with football over the last 70 years…

The Coca-Cola Company has a long history of providing financial support to football at all levels, from grassroots to the world stage, in the UK and indeed around the world. Coca-Cola has learned to harness the power of football to promote their products, increasingly using sophisticated techniques on- and offline to engage with fans.

By partnering with football clubs, leagues, national and international governing bodies, Coca-Cola aims to associate it’s products with an active and healthy lifestyle, providing positive PR stories that help to avoid public scrutiny – well-deserved public scrutiny given the volume of sugar in their key product-lines.

Such partnership deals increase commercial profit at the expense of our health and undermine progressive government measures designed to help tackle global the overweight and obesity crisis such as taxes on sugary drinks or the banning of junk food advertising.

In fact, Public Health England have launched a new campaign to help children cut back on sugar after it was reported that by the time a child in the UK reaches the age of 10, they will have consumed 18 years’ worth of sugar.

While very few youngsters who engage with their grassroots programmes will be fortunate enough to become professional footballers, there’s a good chance that their exposure to Coca-Cola’s brand will make them a loyal customer for life, putting them at greater risk of acute issues such as tooth decay and long-term conditions such as cardiovascular disease and type 2 diabetes.

To give you an idea of the extent of football and Coca-Cola’s relationship, here are some of their self-proclaimed ‘highlights‘ from 1950 to the present day…

The Coca-Cola Company advertises at the FIFA World Cup™ for the first time.

Coca-Cola launch the first sponsored football tournament for 16 to 19-year-olds. In the same year, they launch the FIFA/Coca-Cola World Football Development Programme, a scheme that helped to raise the standards of football around the globe by improving training, sports medicine, refereeing and administration.

Coca-Cola becomes an official worldwide sponsor of the FIFA World Cup (and has been ever since).

Coca-Cola signs an agreement to sponsor Premier League highlights on ITV. It was reported to be the UK’s biggest-ever sports sponsorship deal at the time.

This campaign changed the colour of the Coca-Cola logo for the first time in the companies history, mirroring the strip of the 72 Football League clubs. The campaign was a significant milestone, marking a shift toward person- and community-centred marketing strategies for Coca-Cola.

Following ‘Club Colours’, Coca-Cola Great Britain launched a campaign enabling football fans to win £250,000 towards a player for their favourite cash-strapped team. Aaron Berry, a Brighton and Hove Albion supporter, won the competition for the Seagulls, who went on to purchase 18 year-old Colin Kazim-Richards from Bury. Coca-Cola insist he should be known as ‘The Coca-Cola Kid’. Speaking about the affair in an interview in 2017, Colin said, “I’m not The Coca-Cola Kid – I’m Colin Kazim-Richards.” Touché.

England and Liverpool striker Daniel Sturridge welcomed the FIFA World Cup™ Trophy to London. It was the largest FIFA World Cup™ Trophy Tour by The Coca-Cola Company to date. Fans were given the unique opportunity to have their photograph taken with the Trophy and enjoy a range of football-themed activities. The trophy’s first stop in Great Britain was at Southend. In 2017, the UK government found that 21.3% of children in reception in Southend-on-Sea are overweight or obese, rising to 32.4% by Year 6 (NCMP, 2017). Also, almost one in five (19.6%) of 5 year-olds have tooth decay in Southend (NDEP, 2017). Perhaps this wasn’t the best place to start the tour?

The global leg of the FIFA World Cup™ Trophy Tour 2018 by Coca-Cola began with an official launch ceremony at London Stansted Airport with former FIFA World Cup™ winners Sir Geoff Hurst of England and Andrea Pirlo of Italy. The latter is building a reputation as a high fat, sugar and salt ambassador, also supporting McDonald’s and Uber Eats during the tournament.