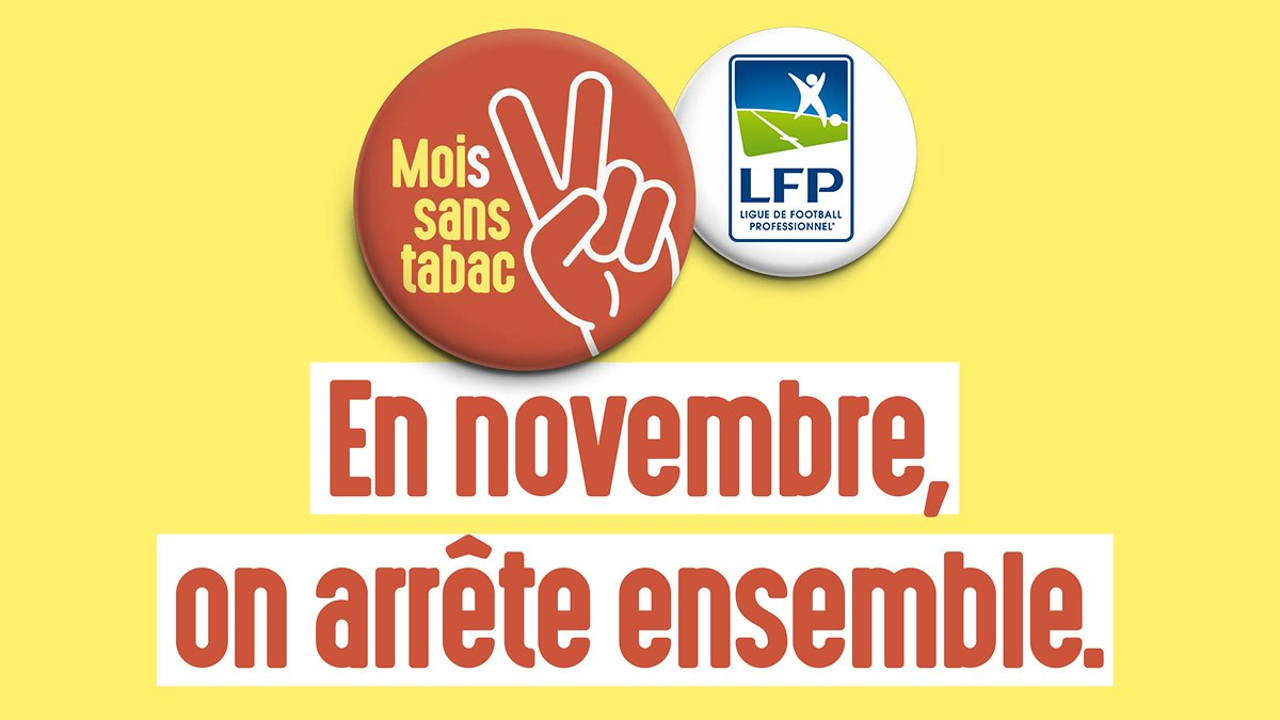 Posted at 11:18h in News by Michael Viggars

For the second consecutive year, the French Professional Football League is supporting national No Tobacco month in France – #MoisSansTabac – led by Sante Publique France, the French national agency for Health, and the Ministries of Health and Sport.

#MoisSansTabac which aims to tackle smoking behaviour and associated ill health is a major public health challenge in France. Adult smoking prevalence in France remains high with over one in three (35.6%) reporting smoking tobacco products on a daily basis (WHO, 2016), higher than the European Union average (31.74%).

Inspired by the UK’s “Stoptober” campaign, #MoisSansTabac encourages smokers to try and stop smoking for at least 30 days, starting on the 1st November. Studies have demonstrated that one month without tobacco significantly increases the chances of quitting and not starting again.

In 2017, Sante Publique France recorded a decrease of 1 million smokers compared to 2016. #MoisSansTabac and other measures taken by the French government is though to have contributed heavily to this decrease.

Throughout the campaign, each participant can benefit from individual and tailored support by registering online, via a mobile application or by calling the Tabac Info Service helpline. The campaign will appear in public spaces throughout October.

In 2017, 23 professional clubs engaged in the #MoisSansTabac campaign, raising awareness and reaching out to 7.5 million football fans.

Building on this success, the French Professional Football League, the Ligue 1 Conforama and the Ligue 2 clubs aim to mobilise even more football fans for the second edition of the campaign.

#MoisSansTabac will be be promoted on social media and via the websites of all participating French clubs and leagues. Within the stadiums, the campaign will be communicated through big screen and public address announcements for all attending fans.

Participating clubs have been encouraged to adopt a No Smoking policy within their stadium and a guide was produced to help them implement such a policy, based heavily on Healthy Stadia’s Tobacco-Free Stadia Guidance.

Various initiatives will also be coordinated by the clubs such as a No Smoking brief intervention workshop for academy players (developed by the Fondaction du Football) or engaging with local health or anti-smoking associations to implement education campaigns during domestic fixtures.

“The French Professional Football League aims to support every person that decides to stop smoking. Thanks to this partnership with Sante Publique France, supported by the Ministries of Health and Sport as well as the professional clubs, together we will raise awareness to the greatest number of people.

“At a time when the positive effects of sport on health are better understood, we have the responsibility to carry these messages within the football world, and to play our part in tackling this major pubic health challenge, particularly in regard to the younger generation.”