Gambling and Sports Sponsorship is a Public Health Issue 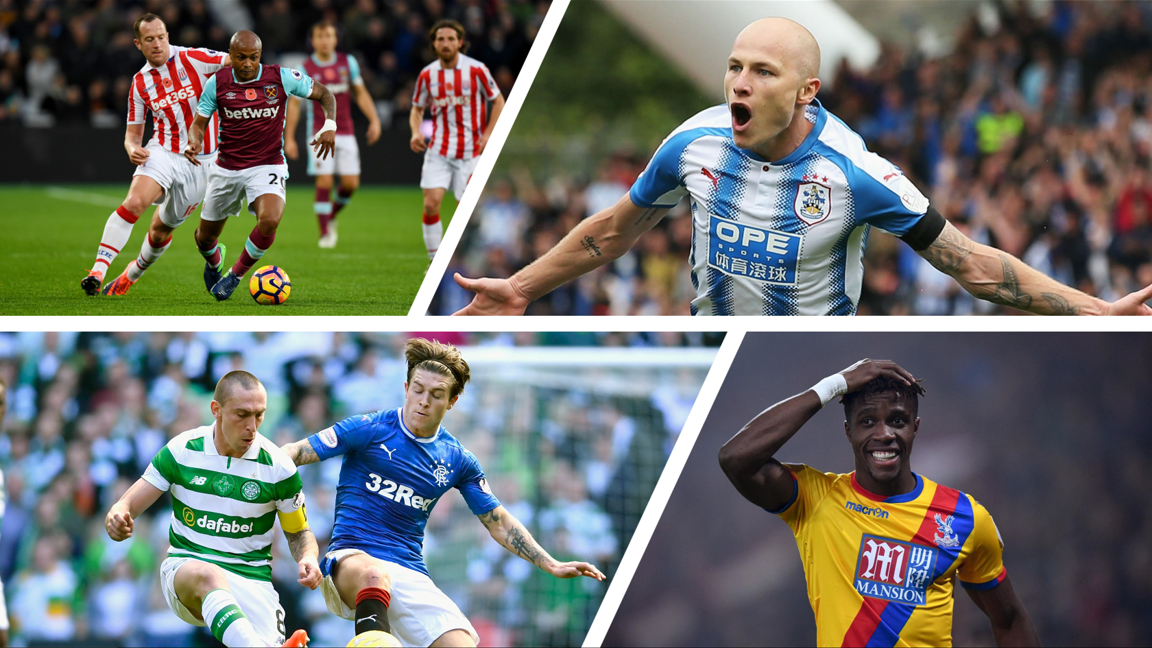 18 Jan Gambling and Sports Sponsorship is a Public Health Issue

Posted at 09:16h in News by Michael Viggars

In follow-up to latest research on football sponsorship and gambling published today in Soccer and Society Journal, Robin Ireland (Director of Research, Healthy Stadia) and Professor Gerda Reith  (Professor of Sociology, University of Glasgow) discuss the public health and social implications of this growing relationship.

This explosion of gambling can be directly traced back to the Gambling Act which was introduced by the New Labour administration in 2005. The Act swept away the restrictive legislation that had since the 1960s limited the extent of gambling in public life by, for example, outlawing anything that might be regarded as ‘promotion’ – a rule that extended to seeing inside betting shops, which were therefore required to conceal their interiors with one-way glass and heavy doors. In contrast, today, promotion is everywhere. The 2005 Act allowed gambling to be advertised across all media for the first time ever in this country. This dramatic shift has made advertising ubiquitous, and it is increasingly normalising gambling. A report by Ofcom (2013) found that television advertisements for gambling had grown by 600% from 234,000 per year in 2007 to 1.39 million in 2012. And this upward trajectory has continued: more recent analysis has shown that spending on television advertising for betting and gaming in the UK increased from £81.2m in 2012 to £118.2m in 2015.

Whilst high profile cases of professional footballers such as Joey Barton have hit the headlines, there are likely to be much greater problems amongst low income groups where a gambling habit can literally destroy lives. In Britain, people in the lowest income groups are three times more likely to experience gambling problems than the rest of the population. Ethnic minority groups and young people – especially young males – are also more likely to suffer from the harms of gambling than other people. Remarkably, it has recently been reported that more young football fans bet on the sport than play in a team 5. There is a huge potential for harm in the future with new technological advances driving forms of remote gambling from devices such as smartphones and tablets, and so permitting gambling from almost any location, 24 hours a day. Barton himself spoke of an “explosion in sports betting.”

But this doesn’t seem to be keeping football bosses awake at night. Recent research led by personnel from the University of Glasgow and Healthy Stadia shows a pronounced increase in shirt sponsorship by gambling companies in both the English and Scottish Premier Leagues over the past few seasons 6. Almost half of England’s top flight clubs now sport the logos of betting and online gambling companies whilst gambling now accounts for over 40 percent of the income from perimeter sales in the Football League. 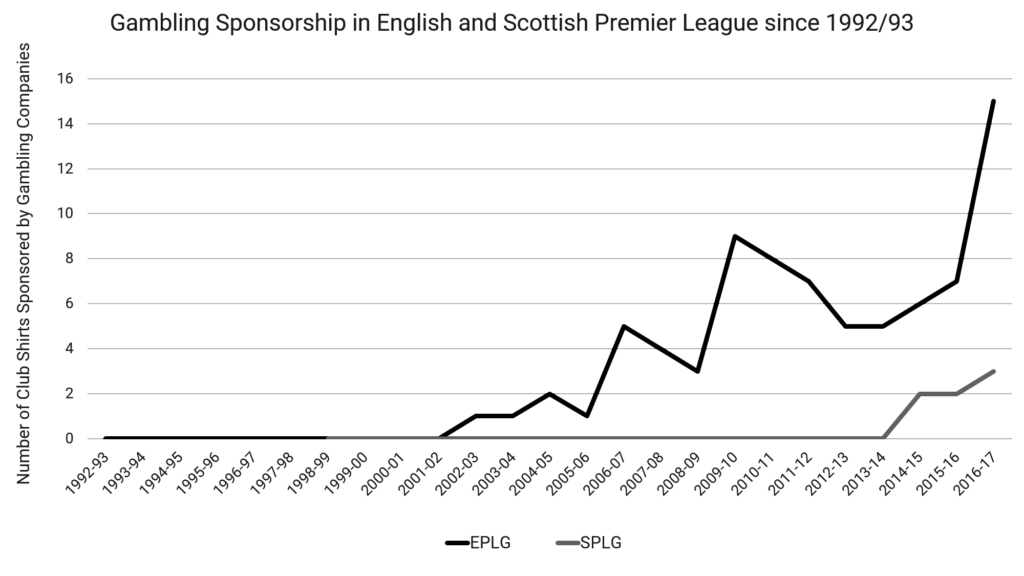 It is self-evident to all those who follow football that gambling has become a habit-forming behaviour for the football industry. The BBC reported in October 2017 that 95 percent of televised British football matches feature at least one gambling commercial during the advertising breaks 7. Social media users will know how Twitter in particular is awash with gambling companies promoted tweets encouraging users to bet on their favourite teams. This increasing presence of gambling in sport has even led some researchers to talk of ‘the gamblification of sport’ 8.

The gambling industry’s influence is huge and no doubt calls for regulation will be resisted, as advocacy groups such as Gambling Watch UK have already highlighted. The government should face up to the scale of its gambling problem and the influence it is having on our health. Similarly the public health community needs to increase its understanding of gambling and appreciate the health related issues that go with it. 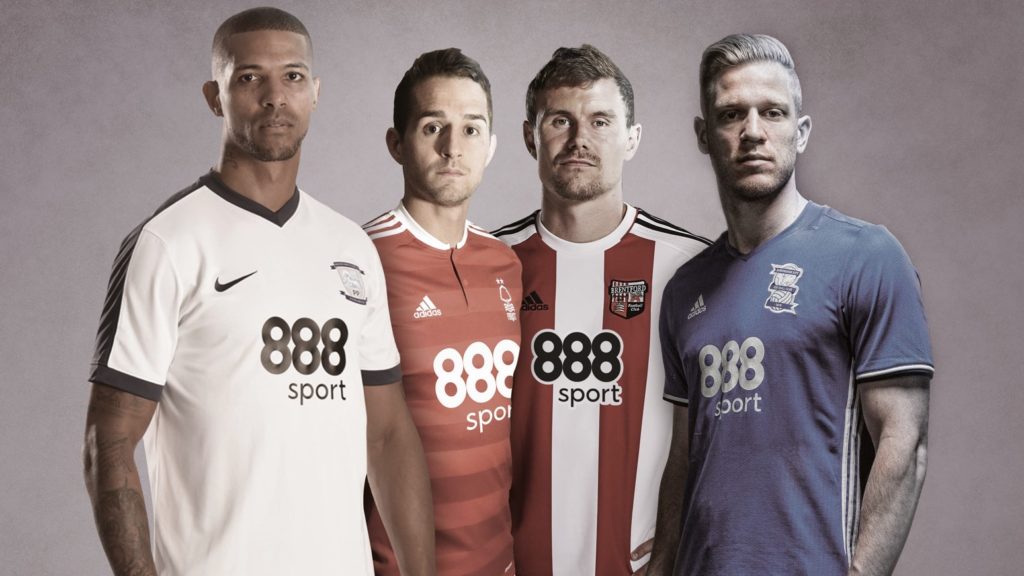 The UK Labour Party has called for a ban of betting firms sponsoring football shirts but the problem goes much further than this. The Football Association has recently ended all of its sponsorships with betting companies including Ladbrokes. Will clubs and their leagues follow the FA’s lead?

Robin Ireland is Director of Research at Healthy Stadia; and PhD Candidate, University of Glasgow. His research will investigate the Commercial Determinants of Health in Sport.

Gerda Reith is Professor of Social Science at the University of Glasgow, U.K. Her research focuses on the impact of social and environmental factors on gambling, and on their implications for public health and policy.