Harnessing the Power of the Badge: the EuroFIT project 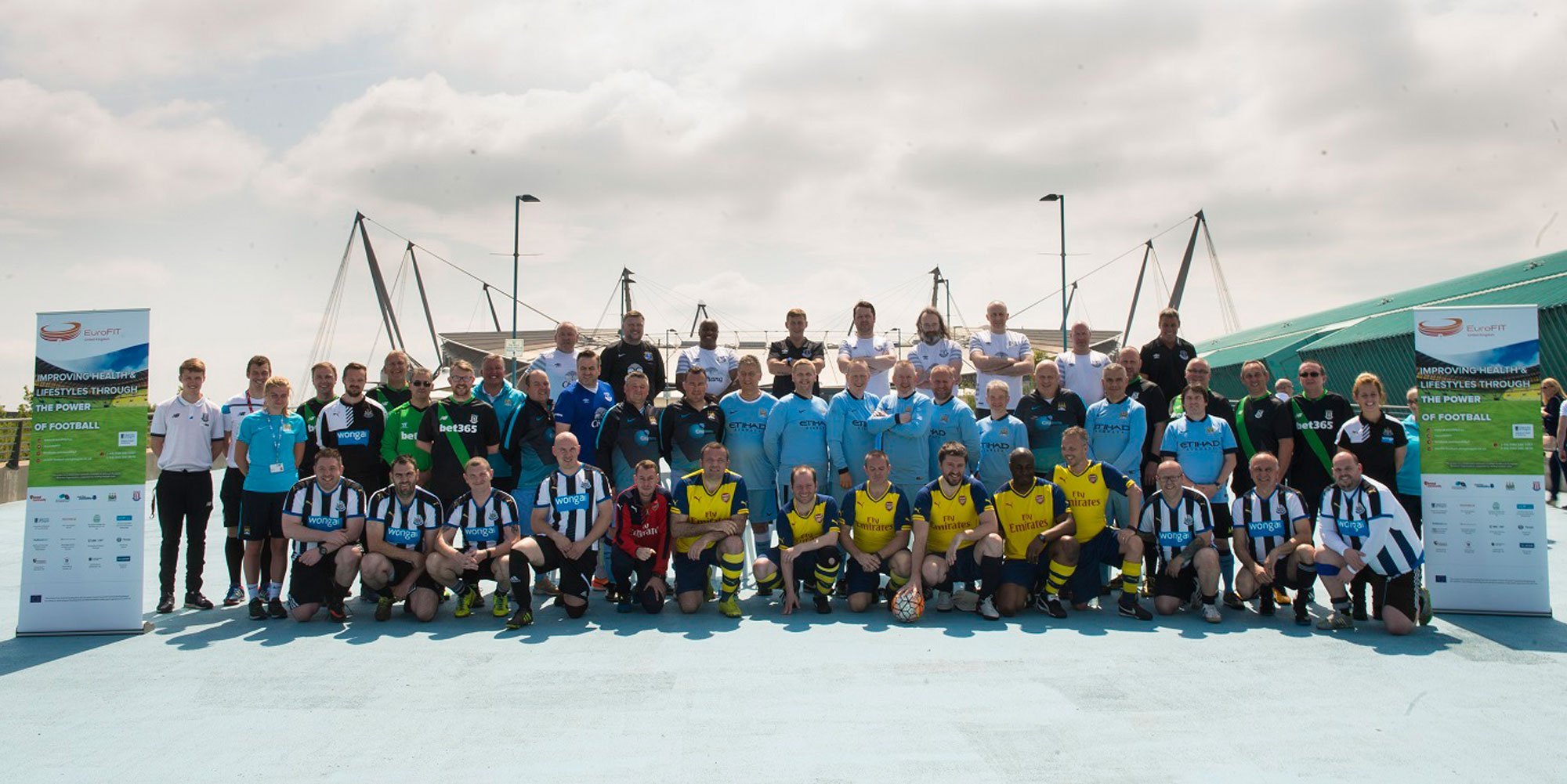 12 Jun Harnessing the Power of the Badge: the EuroFIT project

Posted at 09:16h in News by Michael Viggars

Public health professionals often describe middle-aged men as being ‘hard-to-reach’, lamenting traditional strategies for their failure to engage men about the importance of their health. Perhaps it’s time for a tactical substitution.

Former Liverpool manager Bill Shankly once said: “Some people believe football is a matter of life and death, I am very disappointed with that attitude. I can assure you it is much, much more important than that.”

Whilst the Scotsman’s most famous line is often misquoted, hundreds of thousands of fans across the UK would agree in his philosophy – that what their football club does, both on and off the pitch, matters to them. That’s why middle-aged men, who make up the bulk of supporters on a matchday, follow their club up and down the country through wind, rain and (occasionally) shine.

The so-called ‘Power of the Badge’ has benefitted countless local and national programmes, developing community cohesion, supporting education, employment and training initiatives and even helping the integration of refugees. However, over the last decade, clubs have also seen value in harnessing fan loyalty for the betterment of public health.

Unfortunately, in the UK and indeed many parts of Europe, levels of overweight and obesity continue to rise as does the prevalence of diet-related diseases such as type 2 diabetes; but curiously, men seem to fare worse than women.

In England, 68% men are considered overweight or obese compared to 58% of women and it is estimated that only 10 – 30% of participants in current weight management programmes across Europe are men. Part of this can be attributed to cultural differences between the sexes, but it begs the question – are men hard to reach, or are we reaching out to them in the wrong way?

The European Fans in Training or EuroFIT project set out to prove that male football supporters, through their connection with their clubs, can make sustainable improvements to their diet, activity levels and overall physical fitness.

A total of 15 top-level football clubs in four European countries including England, Netherlands, Norway and Portugal have been involved in the EU-funded project creating new social partnerships between football clubs, supporters, local resources and research to address the problems of physical inactivity, sedentary behaviour and poor diet.

Over a 12-week period, football fans take part in an interactive programme led by sports coaches at iconic training and stadia facilities, and are supported by peripheral devices that track step count and time spent sitting, helping to keep participants motivated.

The programme has successfully raised physical activity levels whilst simultaneously reducing sitting time amongst overweight football fans and the EuroFIT consortium are now keenly awaiting the results of the 12-month follow up data, with a view to attracting interest from more clubs and governing bodies of sport across Europe.

“We know that men are much less likely than women to use existing opportunities to change their lifestyles. Football, and the power of a club’s badge, is a real draw for many men, and the opportunity to learn and train with other fans facing similar issues in a supportive environment is in part what makes the EuroFIT programme so popular.

“EuroFIT has real potential to further define the important role football clubs can play in improving the health and fitness of fans across Europe.”

For more information about the project visit: www.eurofitfp7.eu

Extra Time: Reflections on the European Healthy Stadia Conference 2017
Pedaling Away: Cycling in yellow and green