Health Assesments for Stadia In Sweden 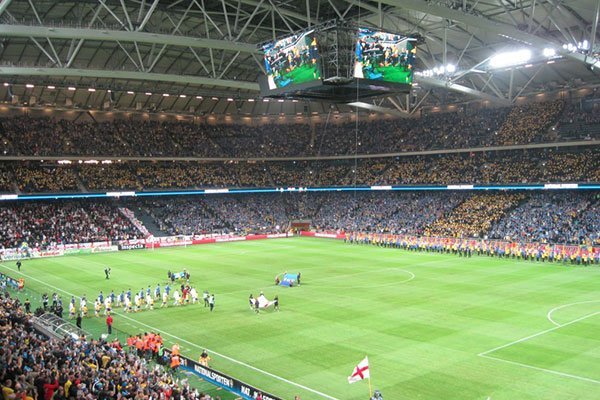 Posted at 15:24h in News by healthystadia

The European Healthy Stadia Network is currently involved in a project undertaking health assessments for host stadia at the UEFA Women’s EURO tournament taking place in Sweden between 10 – 28 July. As part of its partnership with the World Heart Federation and UEFA’s Football and Social Responsibility Unit, Healthy Stadia is undertaking assessments of four of the stadia hosting quarter-finals, semi-finals and the final match. These include: Friends Arena (Solna), Gamla Ullevi (Gothenburg), Örjans Vall (Halmstad), and, Nya Parken (Norrkoping).

The four host stadia have already undertaken a baseline audit assessing the type of health promoting policies and practices they currently operate, not only those affecting fans on a match-day, but policies improving the health of their staff workforce and projects promoting health in their local communities. In addition, information has been gathered on any partnerships that have been developed with local stakeholders in order to deliver health interventions, whilst the health needs of the local population have also been taken into account.

In early June, Healthy Stadia will be making site visits to the four host stadia to understand more about the policies and practices in action, success to date in their implementation, and how they have impacted on local populations. Healthy Stadia will meet with representatives from stadia management, tenant clubs and local stakeholders to discuss the findings and any gaps disclosed through the baseline audit, whilst guidance will be offered on how new policies and practices can be developed over the following 12-18 months. The final step in the assessment process will be development of a bespoke action plan to integrate new health initiatives into operations at host stadia, including agreed upon deliverables and a monitoring framework to help facilitate delivery and feedback.

A cross-analysis will be made of the four host stadia undergoing health assessments, with a report back to World Heart Federation and UEFA by late June. The stadia assessments will not only act as a positive health legacy for stadia and their communities as a result of the UEFA Women’s EURO, but will complement the successful work being undertaken through the ‘Make a Healthy Heart Your Goal’ campaign – the official health project the UEFA Women’s EURO 2013.