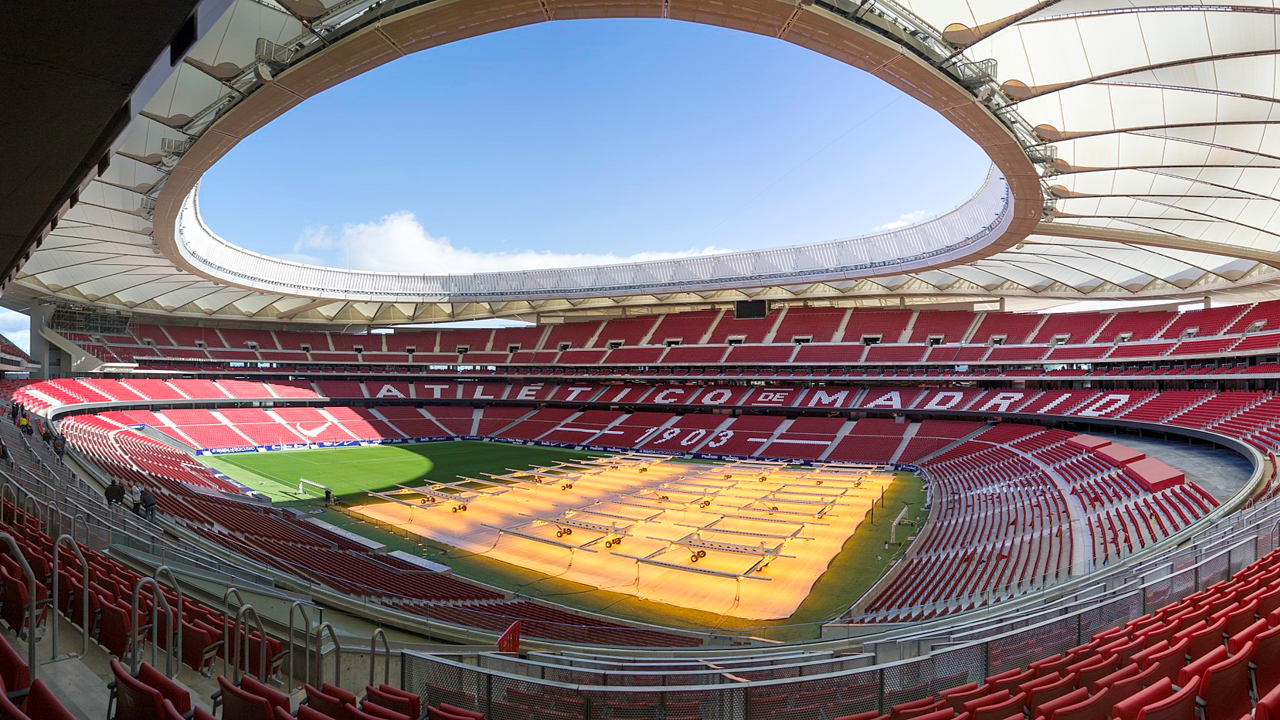 Posted at 11:45h in News by Michael Viggars

Staff from Healthy Stadia recently conducted a health impact assessment at the Wanda Metropolitano, the new home of Atlético de Madrid, ahead of the UEFA Champions League Final in 2019 to learn more about health-promoting policies and practices operating in the stadium.

All final venues undertake a three step process prior to hosting the event consisting of a baseline survey providing an initial benchmark of any health promoting policies and practices in current operation; a site inspection and stakeholder meeting with Healthy Stadia; and, a final report and set of recommendations. The report takes the form of a bespoke action plan to encourage stadia and tenant clubs to integrate new health initiatives into operations, acting as a positive health legacy for stadia and their communities.

The 68,000 seater Wanda Metropolitano, the new home of Atlético de Madrid, is still very much a work in progress in terms of health-promoting policies and practices. However, 19,000 seats have already been declared ‘smoke-free’ and we hope that the operation of a complete Tobacco Free Stadia policy at the UEFA Champions League Final will encourage Atlético de Madrid to adopt this for La Liga and other domestic fixtures. Healthy Stadia will develop a training module alongside UEFA events staff and Atlético de Madrid to skill-up stewards to enforce the No Smoking policy.

It was also encouraging to see a number of healthier food and drink choices and vegetarian options available for fans on a matchday. Research suggests that changing demographics inside sports stadia and more health-conscious consumers are becoming less inclined to purchase traditional stadium food and drink options that are high in fat, salt and sugar.

Health and Wellbeing Programme in Development for Football Fans in Malawi
How can Sports Clubs and Sports Stadia contribute to Active Cities?