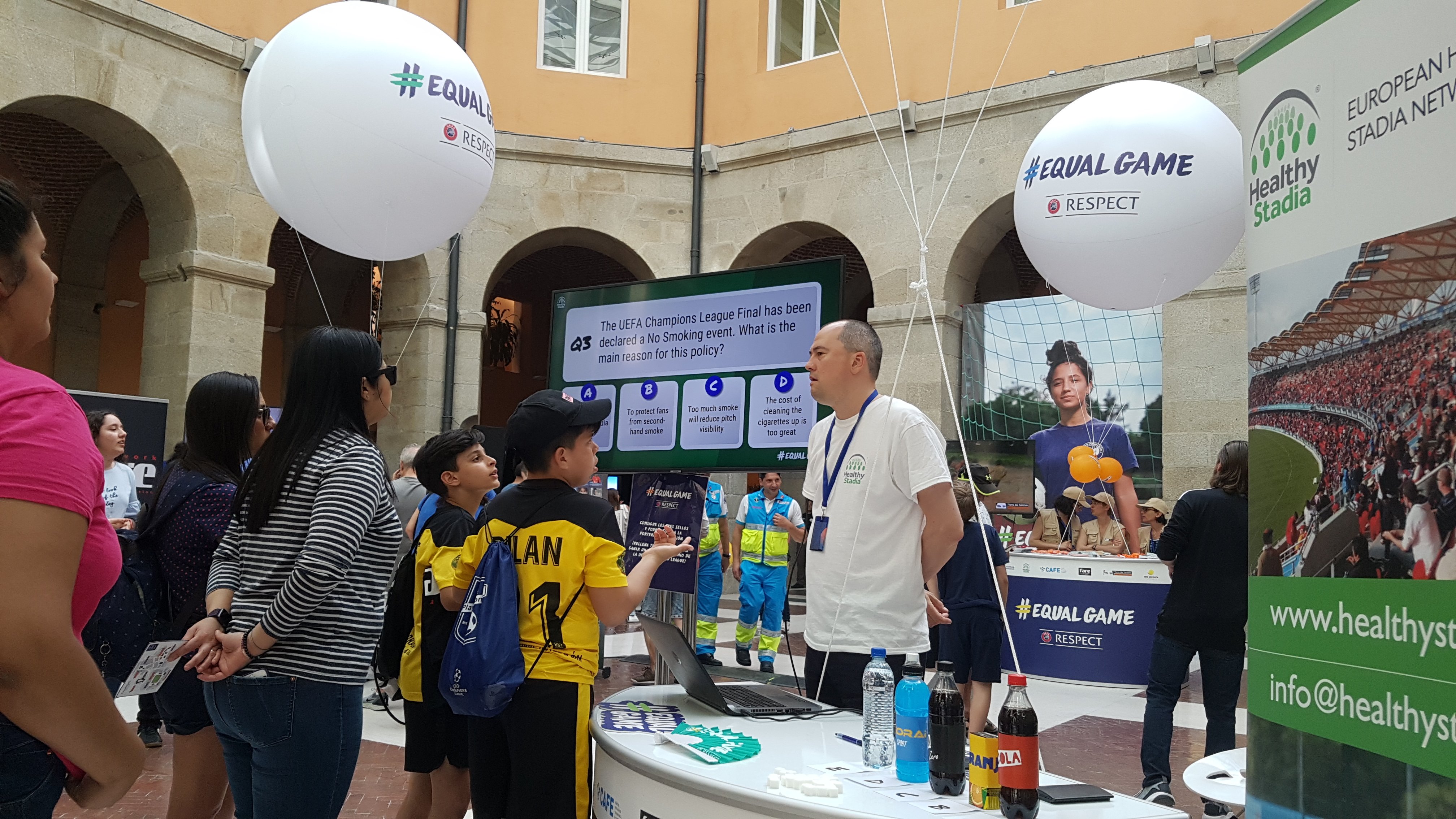 25 May Healthy Stadia featured at UEFA Champions Festival in Madrid

Healthy Stadia will feature at the UEFA Champions Festival in Puerta del Sol from Thursday 30 May to Sunday 2 June in Madrid city centre as part of the #EqualGame / Respect Zone.

The UEFA Champions Festival is an annual event that takes place alongside the UEFA Champions League Final. The festival is hosted in the city of the host venue in the days leading up to and shortly after the Final itself and is free to attend for all ticket holders, members of the public and visiting tourists.

This year’s edition will see entertainment, music and football activities from UEFA and its partners and will also feature several members of UEFA Football and Social Responsibility (FSR) portfolio in the #EqualGame / Respect Zone in Puerta del Sol – including Healthy Stadia.

#EqualGame is UEFA’s flagship social responsibility campaign which aims to bring a fresh approach to UEFA’s promotion of diversity, inclusion and accessibility. It has evolved out of, and builds upon the long-standing UEFA “No to Racism” campaign.

The campaign is designed to spread the positive spirit of inclusion, amplify a clear and uplifting message about the benefits that football brings to the community; show how the game will be enriched by greater diversity; and explain the European football family’s role to make the sport open and accessible to all. In other words:

“Everyone should be able to enjoy football. No matter who you are, where you’re from or how you play. That’s Equal Game.”

From Thursday through to Sunday evening, Healthy Stadia will coordinate a number of health and wellbeing-themed activities including an interactive quiz on healthy lifestyle behaviours, experiential games including the use of beer goggles to demonstrate the effects of alcohol on coordination, reaction times and performance.

Other members of UEFA’s FSR portfolio hosting activities include the Centre for Access to Football in Europe (CAFE), Colour Blind Football, Homeless World Cup Foundation and Football Against Racism in Europe (FARE) amongst others. 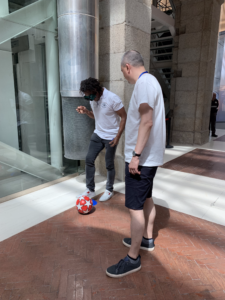 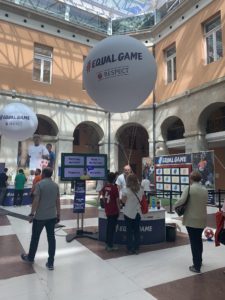 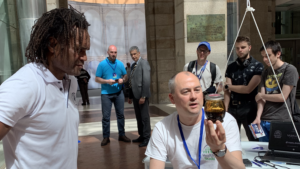 For more information about the UEFA Champions Festival and the #EqualGame / Respect Zone visit: