Healthy Stadia partners with Alliance Against Tobacco in France 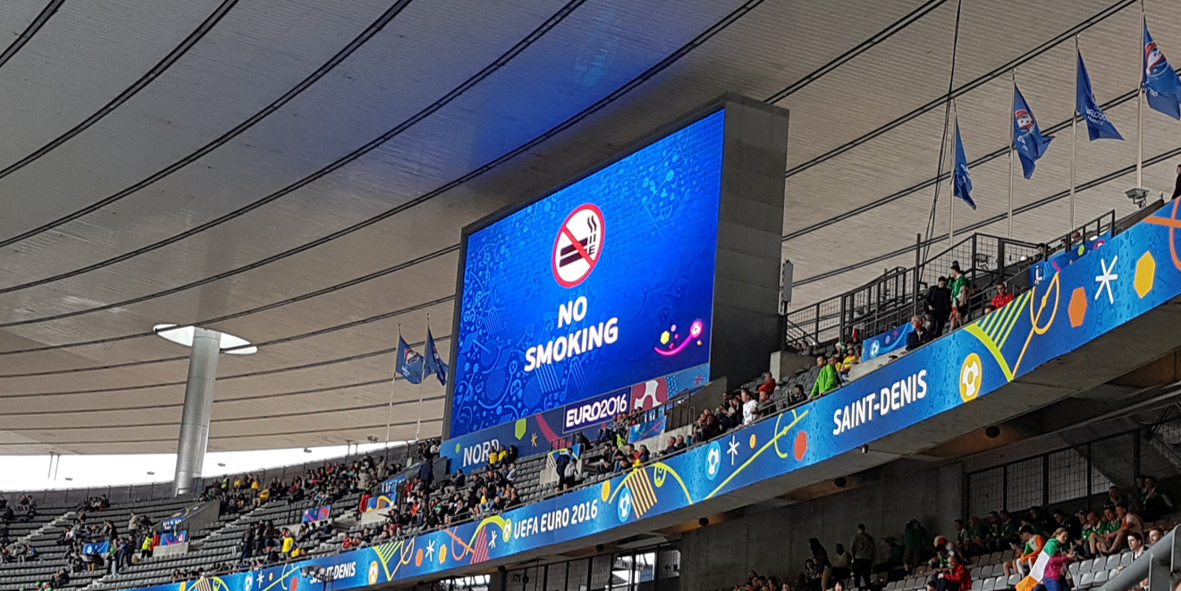 23 Jun Healthy Stadia partners with Alliance Against Tobacco in France

Posted at 17:19h in News by Michael Viggars

Healthy Stadia is delighted to enter into a two-year partnership with France’s principle agency for tobacco control, Alliance Contre le Tabac (ACT), to assist with an advocacy campaign and development of practical guidance to assist sports venues to operate tobacco-free environments.

While many sports events taking place in France have already decided to prohibit use of tobacco, significant progress is still needed to definitively stop the association between sport and tobacco, and the first step on this journey is to implement a complete ban on the use of lit tobacco products in sports venues.

ACT is engaging key political, legal and sports stakeholders to assist in the denormalisation of the association between sport and tobacco and Healthy Stadia is supporting ACT to frame some of the key arguments after working on tobacco control and sports venues for the last 10 years.

Part 1 of the project will be to develop a suitable ‘manifesto’ to put forward the public health and sustainability arguments within the context of current smoke-free law in France which does not current cover semi-enclosed environments such as sports stadia. The manifesto is drawing heavily on Healthy Stadia’s Tobacco-Free Declaration which provides a framework for sports organisations such as league operators and federations to implement a tobacco-free policy at venues in the absence of rigorous smoke-free legislation.

Part 2 of the programme will be implemented across 2023 and will focus on new practical guidance for venue operators to implement successful tobacco-free policies, with a focus on internal and fans communications, signage, enforcement, and case studies from within and outside of France.

“We are thrilled to develop this new two-year partnership with ACT to accelerate the move towards a total ban on smoking at sports venues in France.

“We know from personal experience of working on tournaments held in France, such as EURO 2016, that there are still significant legal and cultural barriers that are deterring venues from implementing rigorous policies to protect the health of all stadium users.

“We hope that by taking this two-step approach, significant progress will be made to tighten up current smoke-free legislation and offer practical solutions to venues in implementing successful tobacco-free policies.”

For more than 30 years, ACT has made it is duty to shed light on tobacco industry practices by communicating the evidence of harm. ACT conducts awareness and advocacy campaigns to influence public debate to defend the well-being of all against the interests of an industry redoubling its efforts to sell its addictive products.

Representing 23 major association members in the fight against smoking in France, ACT are leading a programme of preventative policies at national and international levels through the strengthening of tobacco control and denormalisation of smoking.