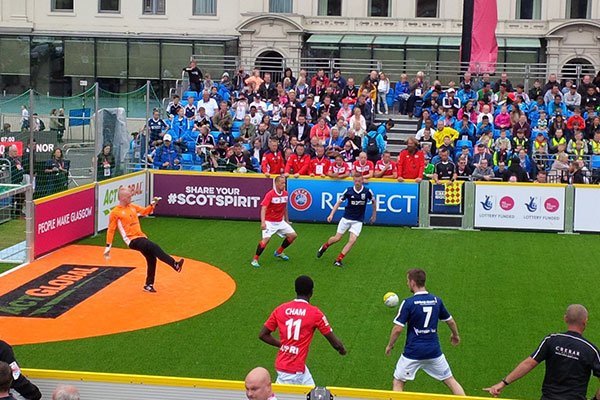 Posted at 14:29h in News by healthystadia

Healthy Stadia has recently worked with World Heart Federation to implement tobacco control and smoking cessation interventions at the 2016 edition of the Homeless World Cup.

Hosted by the City of Glasgow between 10-16th July, the 14th edition of Homeless World Cup will be played out amongst 64 teams representing 52 countries, coming together to celebrate and highlight the year round life changing work of the Homeless World Cup National Partner network. Over five hundred players from both men’s and women’s teams will arrive in Glasgow in July, each with their own story to tell, and their own point on a journey to create a better life for themselves.

Studies have revealed that whilst smoking prevalence amongst homeless populations can be over 70%, the desire to stop smoking is the same as non-homeless populations*. With this in mind, Healthy Stadia delivered a smoking cessation brief intervention training workshop to managers and coaches from national teams participating in Glasgow, with the intention of skilling up coaches to support players who are smokers to engage with national stop smoking services in their home countries. Healthy Stadia has developed a six step approach to motivating smokers to reflect upon the benefits of quitting and using a stop smoking service to help achieve their goal, which can be employed by homeless team coaches in their dual role as football trainers and mentors.

With positive feedback from coaches in attendance, plans are already underway for a multi-risk brief intervention training programme for coaches at the 2017 Homeless World Cup in Oslo, to incorporate the topics of alcohol, tobacco, recreational drugs and sexual health.

In addition to the smoking cessation workshop, Healthy Stadia also developed no smoking signage and announcements for use at the Homeless World Cup playing venues in George Square. 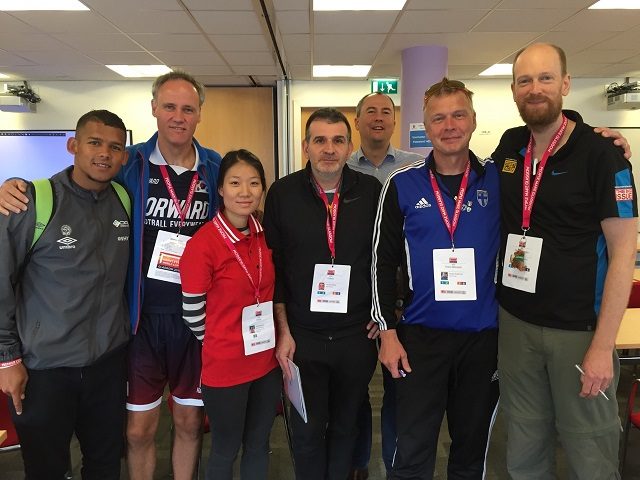