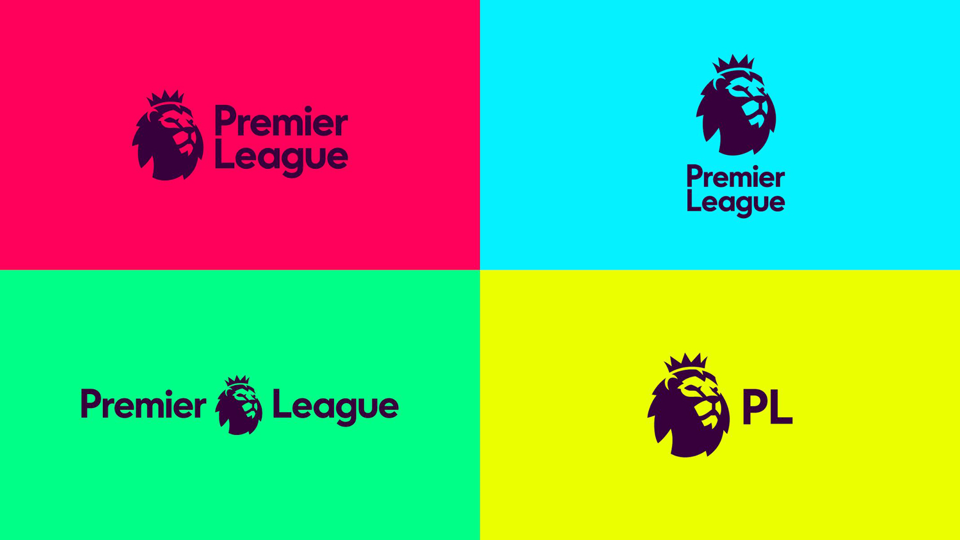 The Premier League revamped its brand and visual identity in 2016 in a bid to shed its corporate image, refocus on the people behind football, as well as making it a more attractive proposition to partners. But this repositioning of the Premier League has had perhaps unintentional consequences for public health.

In 2015, the Premier League announced that it would drop its title sponsor Barclays PLC from the 2016/17 season and develop a new “visual identity” to increase brand recognition, an approach adopted by the likes of the NBA and NFL in the US with great effect. To substitute lost revenue, the Premier League planned to bring in seven secondary tier sponsors across a range of product and service categories, with Barclays becoming the ‘official bank’ of the Premier League.

The development of a new brand identity was also fuelled, in part, by a concern that rival leagues in Spain and Germany would command an increasingly large proportion of global broadcasting rights owing to their respective teams’ successes in European competition.

The new visual identity, launched at the start of 2016/17, includes a ‘modern take’ on the Premier League’s iconic lion and pairs it with a series of vibrant colours and geometric patterns – a considerable departure from the previous emblem that had been in place since its inception in 1992.

It was anticipated that the new badge, described by the Premier League’s managing director, Richard Masters, as “relevant, modern and flexible”, would be at the heart of a new phase of positioning by the organisation, moving away from talking about the Premier Leagues financial contribution to the grassroots game, toward a content strategy driven by stories of people and communities that would resonate with fans both at home and overseas.

This new approach of engaging with fans of the Premier League both online and offline with personal stories and matchday activations has attracted a significant amount of interest from brands wanting to position their products in front of an ever-evolving audience of children, young people, families and life-long fans. Indeed Cadbury, and now Coca-Cola, have jumped at the opportunity. 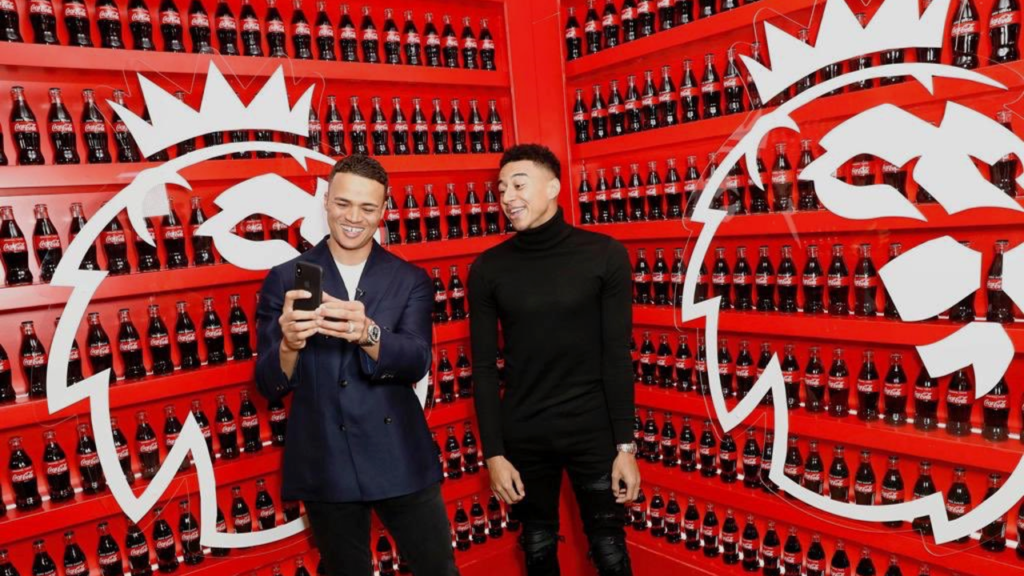 The attraction of working with the Premier League is obvious. In the 2017/18 season, televised fixtures on Sky averaged audiences of 819,000 per match in the UK, peaking at 3.24 million during the Manchester derby. Not to mention the millions of people who have downloaded the official Premier League app, keep up-to-date with scores and team news via their website, follow them on social media and the good old-fashioned supporters that frequent stadia up and down the country, week in, week out. Masters recently boasted that the Premier League is in one billion homes around the world.

This multi-faceted approach has provided sponsors with the freedom to position their brand and promote their products to huge global audiences so long as it complements the Premier League’s open, more vibrant vision. Unfortunately, the Premier League does not appear to see the irony in Cadbury, a UK-based chocolate manufacturer owned by US food giant Mondelez, encouraging ‘healthy and active lifestyles’ through its school-based Primary Stars programme.

By promoting their products through sport, manufacturers seek to attach a health halo to their brand in order to obscure any negative impact that their products may have on public health outcomes they may have and access the captive audience inside stadia and those watching from home.

For Coca-Cola, who are widely considered to generate some of the most innovative marketing and promotional campaigns, the new positioning of the Premier League’s brand is a win-win. Talking about their plans with the Premier League, Jon Woods, general manager of Coca-Cola GB said: “What the [FIFA] World Cup brings us is this huge spike every fourth year. What the Premier League brings us is something quite different; it brings us always-on partnership and conversation about football.”

Coca-Cola have now launched their campaign – Where Everyone Plays – featuring Manchester United forward Jesse Lingard and Match of the Day pundit Jermaine Jenas. From March, Coca-Cola will tour the country alongside the Premier League trophy and Premier League legends, putting cans of Coke and other products in the hands of children and young people.

Jon Woods, even gets a bit starry-eyed thinking about experiential marketing opportunities: “You can imagine the trophy appearing at stores for the day, which would be very exciting for our customers.” The same stores that sell Coca-Cola products. The same customers who might just have children with them.

This in spite of that fact that Coca-Cola’s insists it does not market any of its beverages, including high sugar varieties, to under 12s. A point recently reiterated by Jon Woods: “I don’t see it as a ‘marketing to children’ issue. That’s definitely not what we’re intending to do – we’ll stick to our code.”

Yet, as part of their deal with the Premier League, Coca-Cola will bring Where Everyone Plays to life through a continuation of its partnership with StreetGames, a charity that harnesses the power of sport to create positive change in the lives of disadvantaged young people across the UK. Coca-Cola has already invested millions into Street Games’ flagship programme ParkLives over the last four years and whilst there are no free drink giveaways at ParkLives events, as a brand-building exercise, the impact for Coca-Cola is immeasurable.

Whether knowingly or otherwise, this association surely contravenes Coca-Cola’s commitment to not market their products to children and young people whilst also undermining the charities own objectives of making communities “healthier, safer and more successful”.

Although the Premier League is based in the UK, it is a truly global product with a presence in 189 countries around the world. All the Premier League’s partners are granted global rights allowing them to access new markets with ease. Not that Coca-Cola is really exploring new markets (they operate in 206 countries, everywhere except Cuba and North Korea), they are promoting their business and shaping public opinion. Jon Woods said: “I don’t know yet the degree to which Coke will activate it [the deal] beyond the UK.”

We do. Barely a month into their partnership, Coca-Cola has activated a campaign in the Maldives. Fans are being encouraged to buy bottles of Coca-Cola to be in with a chance of winning a once-in-a-lifetime trip to a Premier League match.

A WHO report from 2017 states that 81% of deaths in the Maldives can be attributed to non-communicable diseases (NCDs), including cardiovascular diseases and type 2 diabetes. The report also suggests NCD rates are accelerating due to “rampant marketing and increasing availability of low cost foods and beverages high in salt, sugars or fat.” We’re not sure the Maldives government would be overly supportive of this partnership.

Given the global childhood overweight and obesity crisis, and the growing body of evidence linking over-consumption of high sugar drinks to NCDs and acute oral health issues, the Premier League partnership with Coca-Cola is at best ill-considered and at worst potentially irresponsible.

One of the principles of the Premier League is fairness, defined as: “Being objective, responsible and trustworthy. Safeguarding the integrity of the game. Thinking of tomorrow when making decisions for today”. If the Premier League wishes to stay true to its principles and project a fun, caring, family and community-orientated vision for tomorrow, it should seriously reconsider its partnership arrangements with Coca-Cola and other brands promoting high fat, sugar and salt products and encourage its member clubs to follow its lead.

In fact, many of its member clubs, and indeed clubs at all tiers of the football pyramid, deliver some excellent programmes, using the power of the badge to help overweight football fans to get fit and lose weight, educate children on the importance of healthier eating and provide social activities for those suffering from dementia, depression and loneliness, amongst many others. For this they should be commended.

The Premier League should consult with its member clubs, their charitable foundations and community trusts as well as third sector organisations to understand the challenges in our communities and how to provide fans of all ages with enriching experiences, rather than simply being give a can of Coke.

#WhereEveryonePays: Sponsorship of Football by HFSS Brands
Sugary and fizzy drinks are leading British children down a path of pain, poor oral health and thousands of tooth extractions