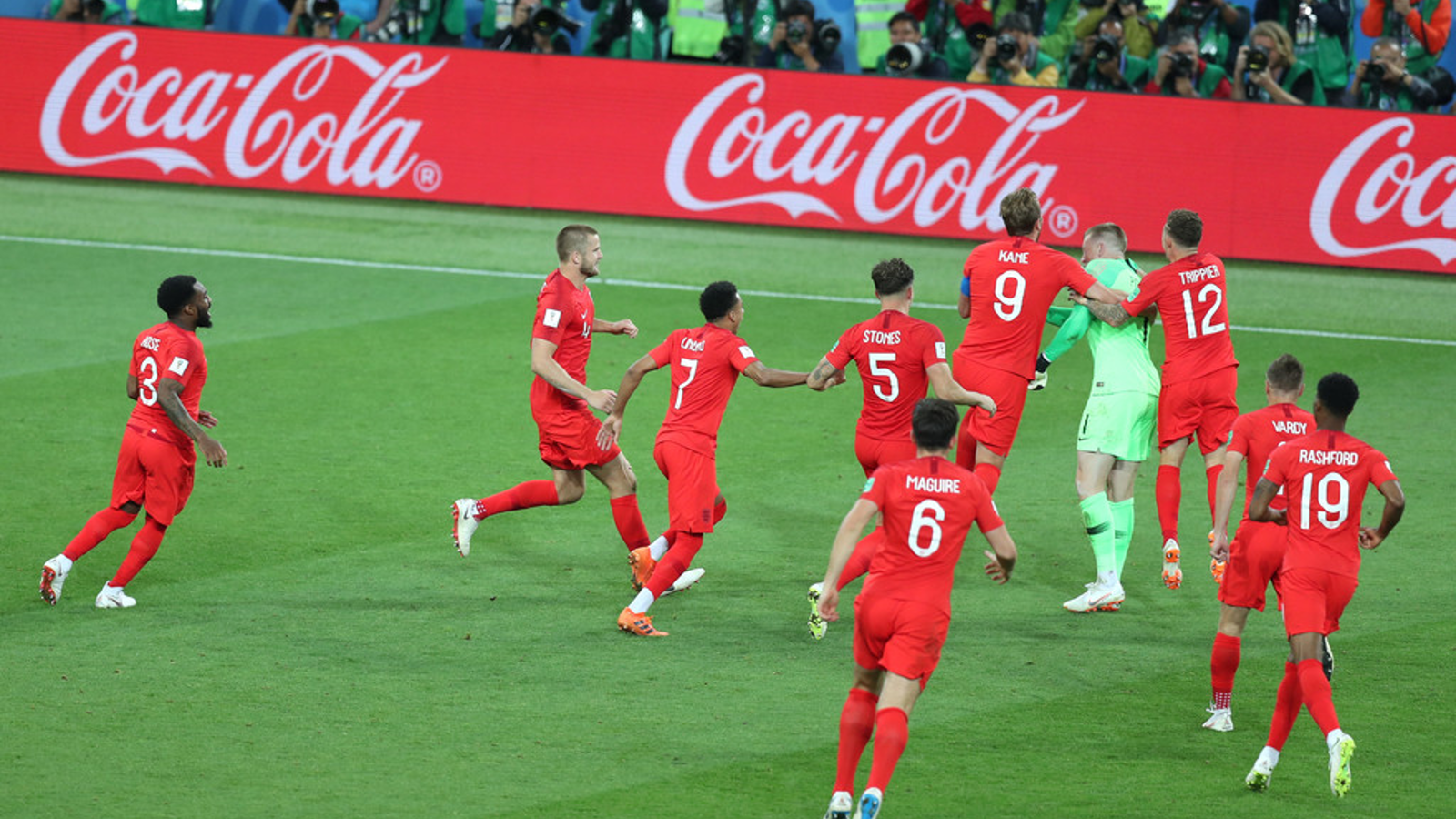 Posted at 10:55h in News by Michael Viggars

Multi-million-dollar junk food adverts are polluting our TV, online and social media channels to cash in on the World Cup. But what effect is this having on our health?

The volume and frequency of these clips, not to mention the pay cheques involved for former international footballers who appear in these videos, suggest enormous amounts of money are being pumped into digital advertising – likely dwarfing the annual running costs of several lower league football clubs in the UK and many across top European leagues.

Take Domino’s Pizza for example. Four years ago, the FIFA World Cup in Brazil helped them boost sales at almost 800 UK outlets by 11.3 per cent including a 1 per cent increase from ‘armchair supporters’ – individuals ordering pizza on their smartphone device.

Chief Executive David Wild said at the time: “People watched games and got a pizza in.”

In anticipation of this summer’s World Cup, Domino’s launched 11 football-themed pizzas and said it would need an extra 3000 temporary staff to satisfy demand. They predict that fans will order six pizzas a second during World Cup matches and over 60 million slices will be consumed.

But is this practice of force-feeding fans, and indeed children and young people, junk food ad after junk food ad good for our health? When does a matchday treat simply become the norm?

Worldwide obesity has nearly tripled since 1975. In 2016, more than 1.9 billion adults (aged 18+) were overweight – fast approaching one third of the global population. Of these over 650 million were obese. Ill health caused by obesity will place a significant burden on health services around the world and treating it will likely cost in excess of $1.2 trillion every year from 2025.

In an increasingly smartphone-dominant world, the gluttony of football-themed digital advertising ambushing our every online move during the FIFA World Cup, is likely having a significant impact on public health in both the short- and long-term.

The techniques involved in these online advertising campaigns are also evolving – many of these videos are designed to encourage us to elicit particular emotions, making us laugh or even sympathise with the sports stars endorsing, knowingly or otherwise, HFSS products.

To highlight this growing issue, Healthy Stadia has broken down some of the videos appearing right now:

Unfortunately for the maestro, Italy failed to qualify for this year’s World Cup. As a consolation prize he decides to order-in a McDonalds whilst he decides which country to support instead.

Leaving aside the look of utter misery on the face of il professore throughout the advert (perhaps he got French Fries instead of carrot sticks in his Happy Meal), the idea of sitting at home and ordering a takeaway high in fat, salt or sugar is becoming an increasingly normal part of our global culture.

Footballers including Cafu (Brazil), Desailly (France), Kewell (Australia), Crouch (England), Rui Patricio (Portugal), Fukuda (Japan), Guimaraes (Cost Rica) Hernandez and Borgetti (both Mexico) also appear in a series of McDelivery + Uber Eats videos alongside Pirlo, providing country-specific novelty. The majority are recorded in English, but others appear in Spanish, Portuguese and Japanese – further evidence that this is a global issue.

It’s also worth noting that with the exception of Rui Patricio, these footballers are all ex-professionals, who may resonate more strongly with individuals over the age of 25 who are tech-savvy and have the financial capital to order-in multiple times a week. Perfect for the early stages of a World Cup.

Heart of a Lio

Beginning with a young Lionel Messi, the video details how he has overcome adversity throughout his career and how even a Zeus-esque God cannot stop him from achieving greatness – so long as he has his trusty sports drink in hand. Unfortunately for him, he didn’t see France coming…

Even after attempting to critique the ethics of the video we can’t help but want to stick up for Messi. The video encourages the audience to feel sympathy for him as he struggles against forces outside of his control. However, the overall tone of the video is very aspirational – the video suggests if you try hard (and drink Gatorade … nudge, nudge) you can accomplish great things.

The film ends with the strapline ‘Gatorade: Win from Within.’ We’d echo this sentiment – drinking Gatorade won’t make you a better footballer.

Enter the ‘Sweetstake’ at the World Cup

England are 3-0 up against a fictional team with Mars adverts saturating the electronic billboards; when suddenly, England concede. A man leaps to his feet in celebration as he realises he’s just won £10,000 on the Mars Wrigley ‘Sweetstake’. Even Marcus Rashford and Jordan Henderson couldn’t calm him down.

To enter the ‘sweetstake’ fans are encouraged to purchase promotional packs of Mars Wrigley* products – these range from small bars of chocolate with 21g of sugar per serving (5 teaspoons of sugar) to share bags with 176g of sugar per pack (44 teaspoons of sugar). Inside the packaging is a code that you can enter on a website. This website provides consumers** with a particular scenario and if this unfolds they can win prizes.

Not only is this promotion encouraging the purchase of a HFSS product, but it is also normalising gambling.

The story of the video is also incredibly familiar to England fans – everything seems to be going well for England when, out of nowhere, they concede a goal. Just like against Colombia…

** earlier in the paragraph, ‘consumers’ were referred to as ‘fans’

A comparatively small 450,000 online. But this offer will appear on millions of HFSS products this summer in the UK.

Whilst previous videos mentioned in this article invoke positive emotions or even sympathy, this Just Eat advert revels in the bizarre and for that reason, it sticks in the memory.

Traditionally, ordering food involved a phone call to a fast food vendor and more recently accessing a website through a browser on a home PC or laptop. Incentivising ordering HFSS products through an App provides a novel way of ordering – and the thing with Apps is that you take them wherever you go.

Stock Up (on Coca-Cola)

People run out to grab some of the world’s most popular teeth-rotting beverage moments before the start of a World Cup fixture. They all miss the first goal… perhaps they should have just stayed at home?

Difficult to estimate even with a single video as it appears in several languages across several different platforms.

The ease of which each individual finds Coca-Cola demonstrates just how universal their traditional version has become. Coca-Cola will argue that different fans all pick up different types of Coca-Cola in the advert, i.e. Diet Coke and Coke Zero, but the traditional Coca-Cola red features prominently throughout the advert and this is the variety that causes the most harm.

This advert has also run alongside country-specific videos from World Cup nations including Colombia, Iceland, Germany and South Korea and non-participating nations such as Armenia, Austria, Macedonia, Nepal and Turkey. The sheer number of these videos is a reminder of their financial clout and how much they invest in advertising.

Oh… and the fact that this video is called ‘stock up’ could be interpreted as a subtle indication that Coca-Cola knows its sales will increase during the World Cup this summer. They know the power of advertising.