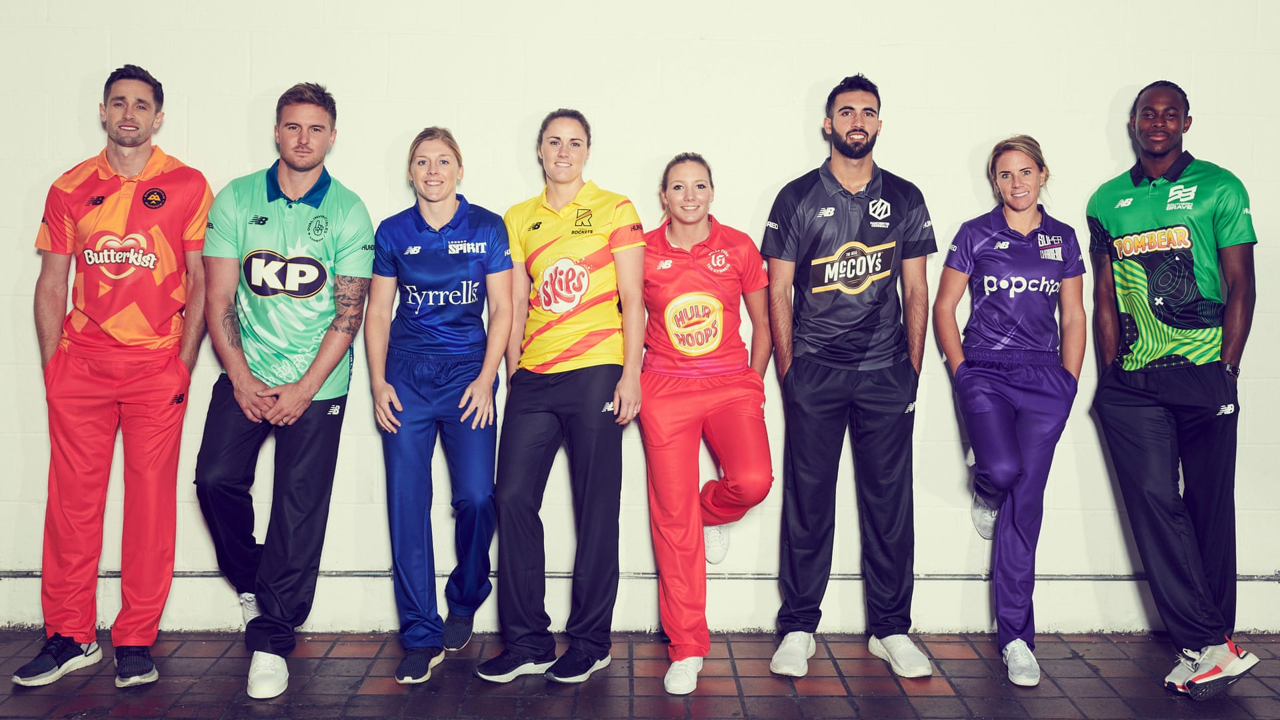 Posted at 17:00h in News by Michael Viggars

In the summer of 2020, a new 100-ball cricket tournament – The Hundred – will be launched in England and Wales featuring eight entirely new teams representing seven cities. To coincide with the drafting of players, the teams have jointly launched their kits for next year – all featuring a high fat, sugar and/or salt snack brand.

In July 2019, the English and Wales Cricket Board (ECB) announced KP Snacks as the new Official Team Partner for The Hundred, pledging to help grow the game of cricket and get families active.

The Hundred, the new 100-ball format set to launch in July 2020, will be played at the height of summer over the course of five weeks.  Men’s and women’s teams from Manchester, Leeds, Nottingham, Birmingham, Cardiff, Southampton and two in London (based at Lord’s and The Oval) and will compete in the new format broadcast live on Sky Sports and the BBC.

But the new long-term partnership with KP Snacks, owned by Intersnack, enables them to market several of their high fat, sugar and/or salt (HFSS) brands simultaneously. Butterkist popcorn, KP Nuts, Tyrells, Skips, Hula Hoops, McCoys, Popchips and Pom Bears will feature across the shirts of the eight new teams, more prominently than the new franchises themselves.

The promotion of junk food and high-sugar drinks through sport is certainly nothing new and some of cricket’s biggest players are no exception with several high-profile partnerships with energy dense, nutrient poor food and beverages currently in play. Australia’s Big Bash league is sponsored by KFC and the International Cricket Council signed a five-year deal with Coca-Cola in 2019 which provides brand exposure to the high-sugar drinks manufacturer through both the men’s and women’s World Cup competitions.

The presence of these brands focuses the spotlight again on the suitability of HFSS products being marketed through sport. It is predicted that by 2030, 40% of children leaving primary school will be overweight or obese in the UK. Exposure to HFSS product advertising, particularly through sport, helps to normalise regular consumption of these products, contributing to the obesity epidemic.

The saturation of HFSS brands in cricket may also cause concern for other commercial sponsors involved with the ECB. Vitality is a prominent brand in cricket, sponsoring the Twenty20 Cup (Vitality Blast), and sitting next to KP Snacks on the ECB’s roster of partners may make for uncomfortable reading for their executives.

At a time when the ECB is desperate to increase interest and participation in the sport, particularly from younger audiences, dressing some of the most recognisable faces in cricket in shiny shirts resembling crisp packets is inappropriate when viewed through a public health lens but also severely diminishes the brands of the newly formed teams in The Hundred – brands the ECB will be desperate to build.