Men across Europe score hat-trick of health goals through EuroFIT 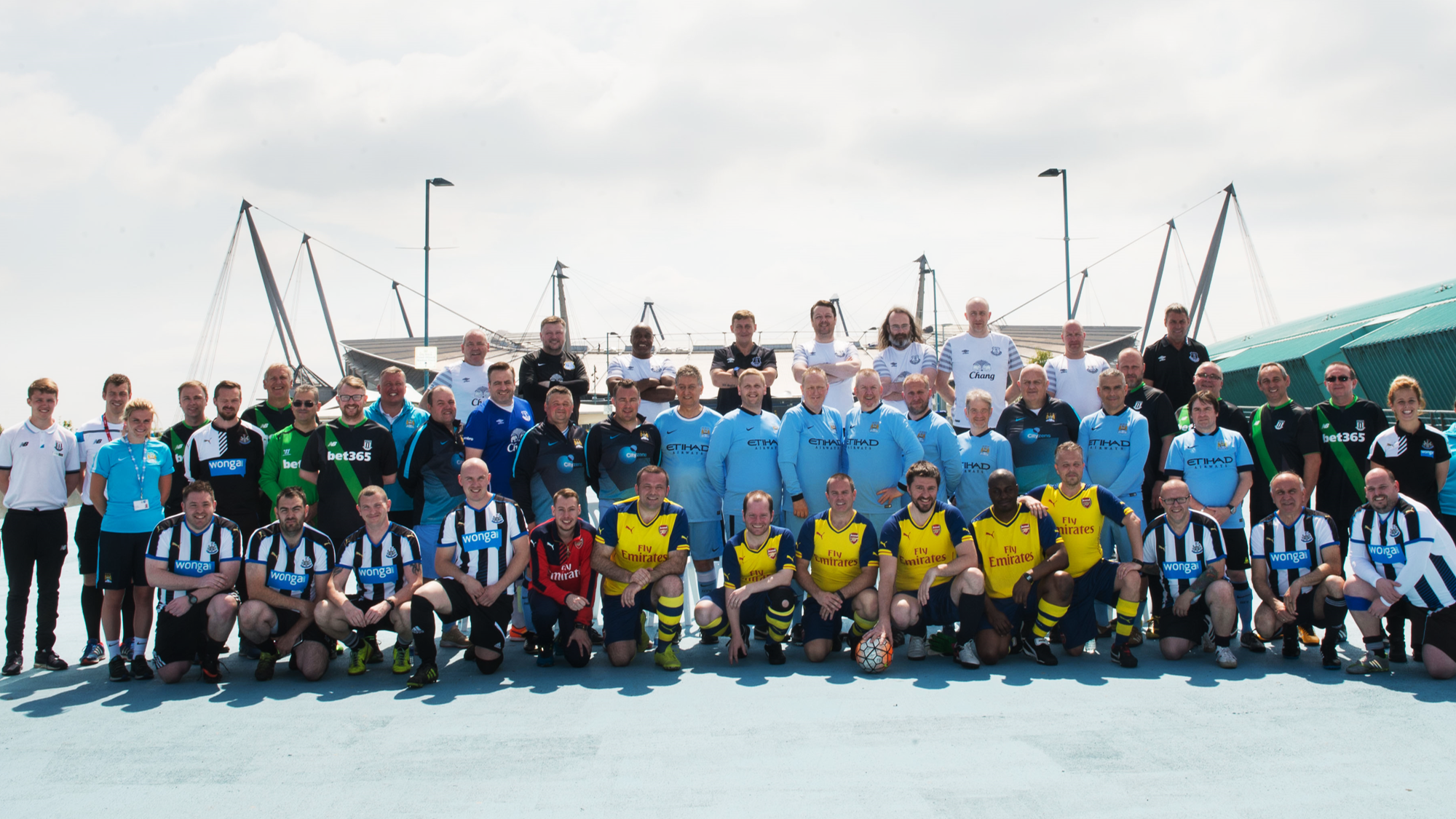 Posted at 11:26h in News by Michael Viggars

Football clubs, fans, National Associations and key agencies such as the World Health Organisation, European Commission and UEFA will gather at the end of this month to celebrate the success of the revolutionary new European Fans in Training Programme (EuroFIT) that has increased physical activity, improved diets and enhanced the wellbeing of over 1,100 football fans across Europe.

EuroFIT is a groundbreaking health and wellbeing programme that harnesses the intense loyalty that many fans have for their club, attracting them to a lifestyle change programme delivered by football coaches at club facilities. The EuroFIT consortium of top European universities, technology providers and Healthy Stadia has worked with over 20 top football clubs in the UK, Netherlands, Norway and Portugal – including Manchester City, PSV Eindhoven, BK Rosenborg and SL Benfica – to develop a 12-week training programme for inactive, overweight football fans.

Building on the experience of the Football Fans in Training programme developed in Scotland and delivered by the Scottish Professional Football league Trust, EuroFIT has used cutting-edge behavioural science and technology in a bid to prevent, rather than treat, chronic illnesses associated with obesity and inactivity such as type 2 diabetes and cardiovascular disease. The project has been evaluated through a clinically-based, randomised control trial funded by the EU’s FP7 Research Programme from 2013-2018.

The trial of EuroFIT has already been a major success, changing the lives of fans who have made long-term, sustainable, changes to physical activity and diet, plus reduced alcohol consumption, reduced blood pressure, reduced fasting insulin, and improved levels of wellbeing. A full set of clinical results will be published in the academic press late this year.

With the overwhelming success of the trial, new football clubs, associations and league operators are now looking to implement the programme owing to its strong evidence base. Indeed, EuroFIT has already been adopted by the Portuguese Football Federation as a key component of Portugal’s national physical activity strategy, and is supporting new clubs within Portugal to deliver EuroFIT to men from the ages of 30-65 wanting to change their lives. 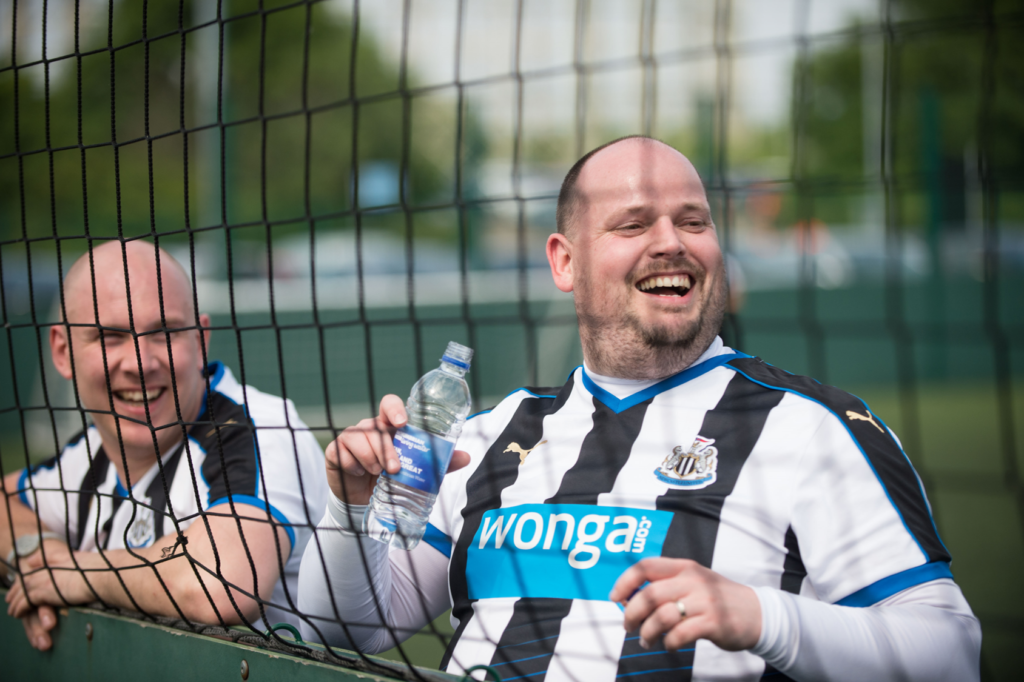 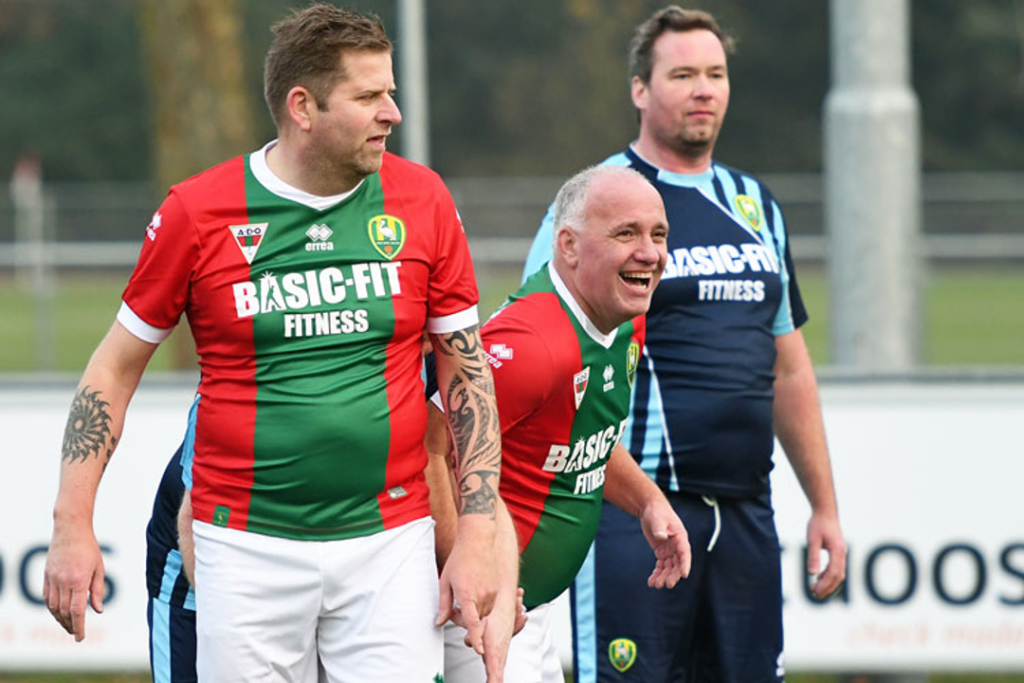 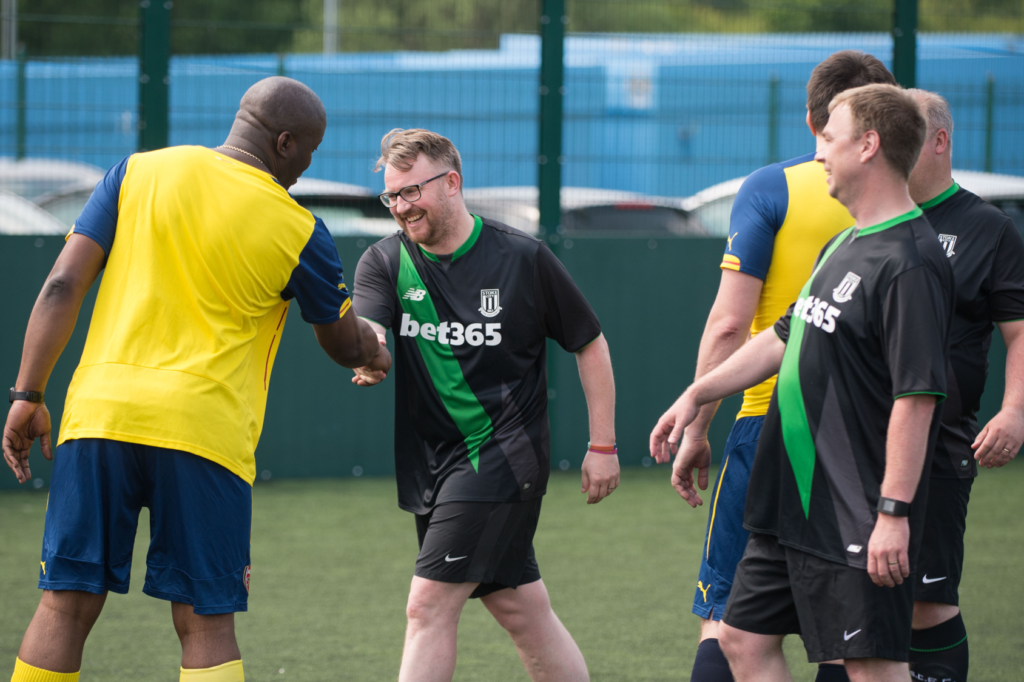 Reflecting on how EuroFIT has benefited his health a year after his participation in EuroFIT, one fan from the UK said:

“I am now more conscious of how many steps I take each day, more conscious of what I eat, and I even manage to stand up more rather than sitting at my desk! I have managed to lose 10 kilos and get down to my target weight of 95 kilos – I would recommend it to any fans!”

Commenting on training at their own football club, one participant from the Netherlands said:

“I had tried a number of way of losing weight and getting fitter before, but when I joined the EuroFIT programme this was a real game changer. Being part of a programme at my own club, training and joking with other men just like me, was a real incentive to get involved. The club coaches and other men involved were great at supporting me to reach my personal goals and stick to them.”

At the event in Brussels, EuroFIT will be launched to the European football family as a quality-assured programme that is a cost-effective way of addressing inactivity and obesity amongst middle-aged men, and will be available under license from Healthy Stadia for football organisations to deliver from January 2019.

Speaking about the success of the EuroFIT programme, Prof Sally Wyke from University of Glasgow and the project’s Principle Investigator said:

“The EuroFIT trial has provided us with a ‘Gold Standard’ evidence base empowering us to roll out a model to football clubs and associations across Europe that we know will change the health of their fans for good. This is the only model using clinical data that has been systematically tested across different European countries, and has resulted in significant physical activity, weight loss and wellbeing gains for participants.

“With the overwhelming popularity of football amongst men, EuroFIT offers football organisations and commissioning agencies a cost-effective and targeted solution to intervene on the rising health problems and costs associated with inactivity and obesity within this population group.”

A small number of delegate places are still available, and delegates can sign up for this free event at: