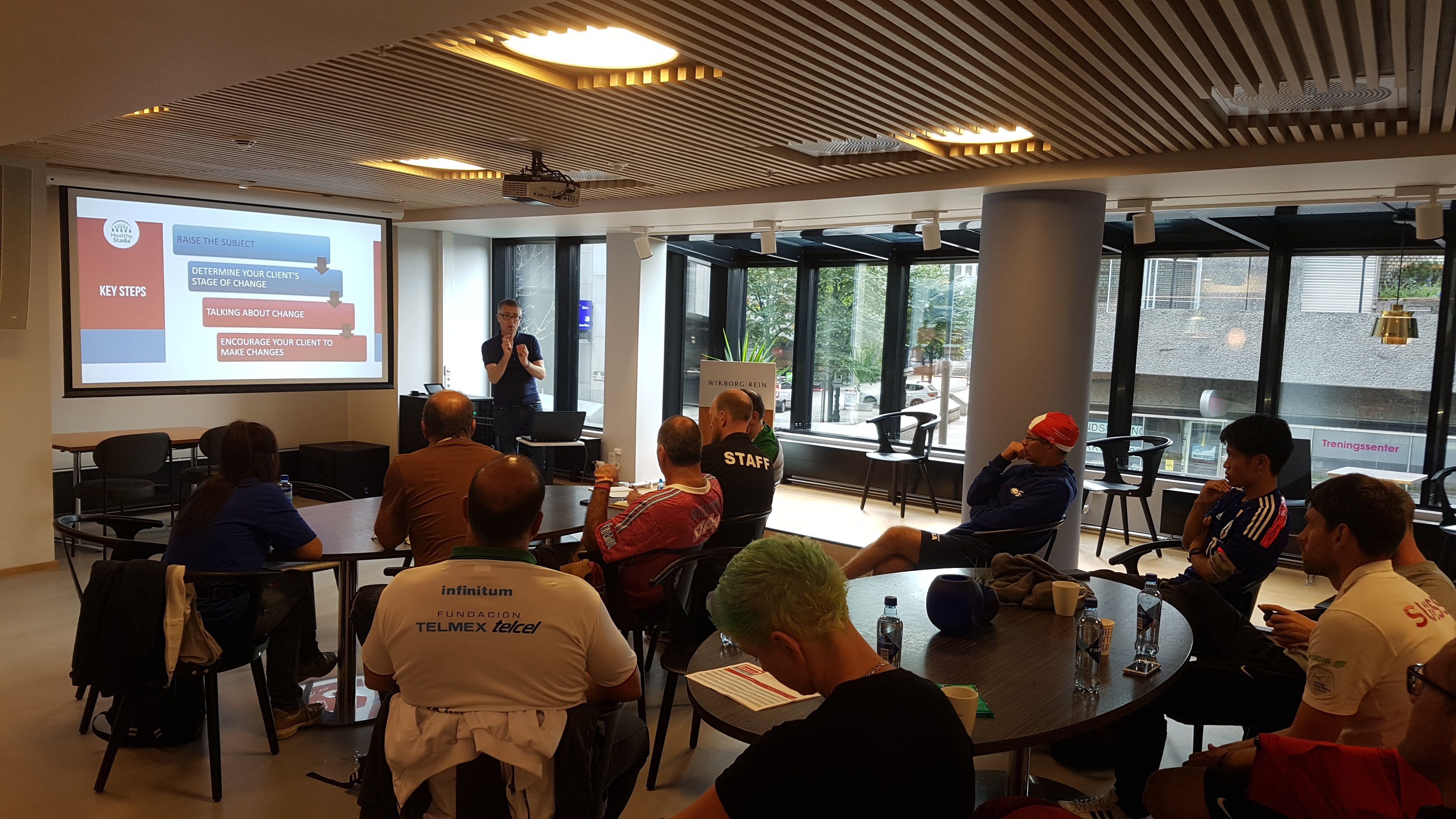 Posted at 10:30h in News by Michael Viggars

The first part of the workshop,  explored the health and wellbeing of homeless populations and the complex challenges facing those without somewhere to call home. Common risk factors including the use of tobacco, alcohol and recreational drugs in addition to other issues such as dental care, foot care and sexual health were discussed during the workshop.

The second part of the training programme focused on helping managers and coaches develop brief intervention techniques to enable them to approach homeless community members in a sensitive and considered manner and encourage positive change. At the end of day 2 coaches and manager were also tasked with identifying local assets and resources to help foster partnership working in their domestic settings.

Feedback from coaches and managers following the workshop was extremely positive with many suggesting that more time should be dedicated to skilling-up staff and sensitising them to the needs and behaviours of homeless populations.

In order to help continue the amazing work conducted on the ground by homeless football teams around the world, Healthy Stadia has developed a post-programme online training and information portal for all those involved at Homeless World Cup 2017.

As in 2016, Healthy Stadia, will also helped to implement a tournament-wide No Smoking policy to provide a smokefree environment for players and fans alike.

The 15th edition of the Homeless World Cup took place in Oslo’s iconic Rådhusplassen, The City Hall Square, between Oslo City Hall and Oslo Fjord, from 29 August – 5 September. Over 500 players representing more than 50 countries attended the event, in what was the biggest and most ambitious Homeless World Cup tournament yet.

For more information about the Homeless World Cup Foundation and the fantastic work they are involved in, visit: https://homelessworldcup.org