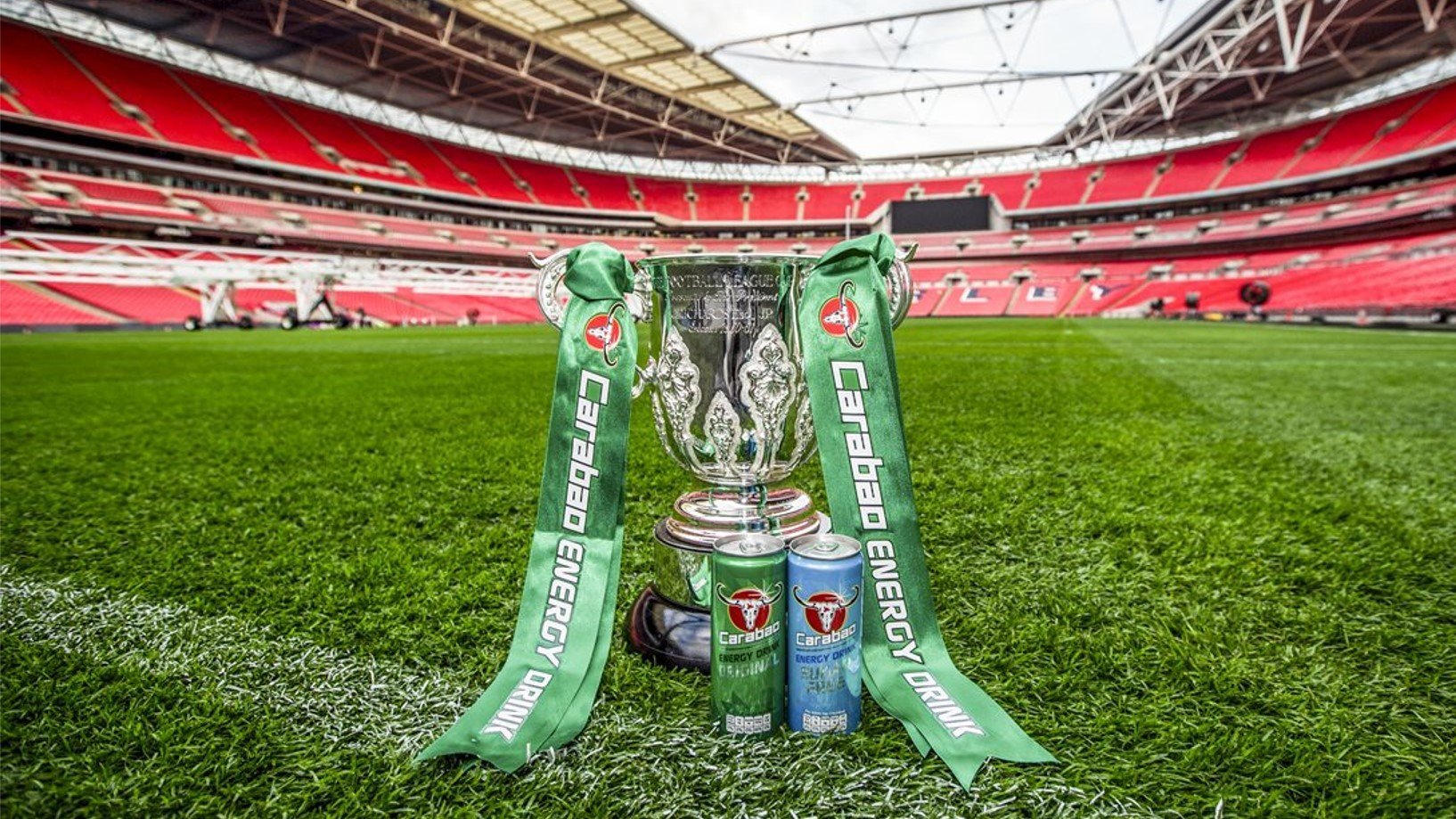 Posted at 01:00h in News by Michael Viggars

Healthy Stadia has joined forces with SUGAR SMART – a campaign led by the food charity Sustain and supported by Jamie Oliver – inviting stakeholders from all fields (sport, fan groups, parents, schools, public health, and academics) to take action in protecting children from the high amounts of exposure to foods and drinks high in fat, sugar and salt (HFSS), that are promoted through football in the UK.

Childhood obesity is at an all-time high, so it is with significant concern that we see the UK’s football associations, leagues and some football clubs continuing to partner with companies that are known for producing HFSS products. By linking themselves to sports bodies, these companies are attempting to associate their products with a healthy and active lifestyle, but in reality, many of their products contain high amounts of saturated fat, sugar and/or salt. For example, a standard 330 ml sugary drink contains approximately 35g of sugar (nearly 9 teaspoons), exceeding the maximum recommended daily amount of free sugars for both children and adults.

The overconsumption of HFSS products contributes to high levels of childhood obesity and tooth decay, and our children are paying the price of this irresponsible marketing: 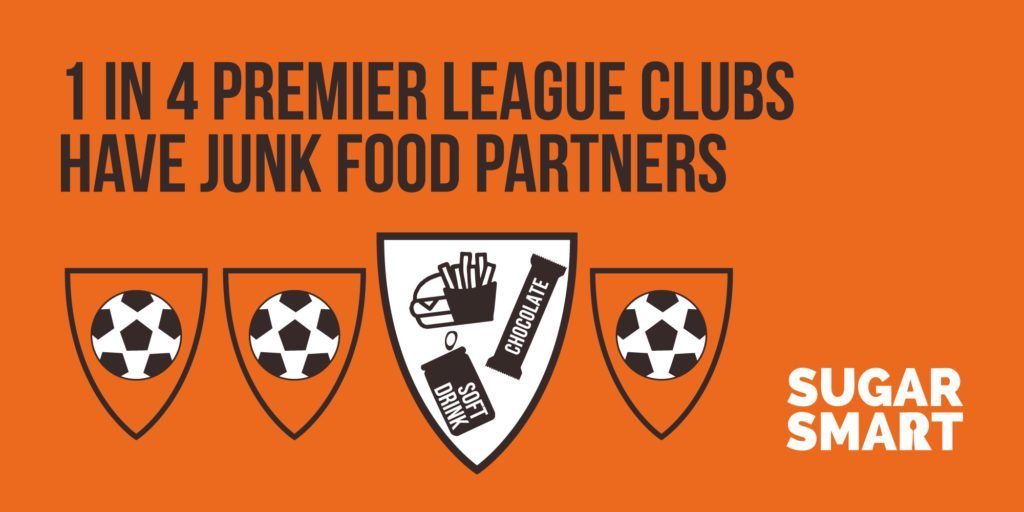 We recognise some of the excellent work undertaken by the community functions of UK leagues and clubs to increase levels of physical activity and educate children on the importance of healthier eating and active lifestyles, and for this they should be applauded. However, sponsorship with HFSS brands and the resulting mixed messages do much to undermine this good work, whilst consumption of many HFSS products such as sugary drinks, crisps and confectionary is not simply a treat for many children, but a daily staple.

It is worth noting that the calorie content in a standard chocolate bar is the equivalent to the calories expended by a 14 year old boy walking the length of a football pitch 97 times. In addition, no amount of physical exercise will mitigate the damaging oral health effects of sugary products. Food for thought indeed.

We are asking football associations, leagues and clubs not to enter into new partnership deals with HFSS brands as a commitment to protect children’s health, in particular partnerships with energy drinks brands, and high sugar ‘sports drinks’ brands. As the highest participation team sport in the country, it’s time football protects children against the marketing of unhealthy foods and drinks and re-thinks its commercial partnerships to address the state of our children’s health. This progressive stance is already being undertaken by Millwall FC, Charlton Athletic, Bristol City FC, Plymouth Argyle FC, Bath City FC and Exeter City FC as clubs who have signed up to the SUGAR SMART campaign, with more in the way this year.

To start the ball rolling, we have already had support for an open letter to National Associations, League Operators and Clubs from over 50 experts in the field, including obesity research, public health nutrition, dentistry and behavioural psychology – download the letter and signatories here.

How Can You Support

A public-facing e-action asking football associations, leagues and football clubs to drop junk food company sponsorships is now live! We ask that you participate in the e-action to send this important message and plan to promote it through your networks, as well as on social media.

The e-action will be live during one month until end of April and available at: https://www.sustainweb.org/poll/sugar/

What can you do as an organisation or individual?

Please join us in asking major football associations, leagues and football clubs to re-think their commercial partnerships with junk food companies and protect children against the marketing of unhealthy foods and drinks. Major football associations, leagues and one in four clubs in the Premier League have partnerships with junk food companies. This sends the wrong message at a time when obesity and tooth decay among children are at an all-time high.

As the highest participation team sport in the country, football should set an example for healthy and active lifestyles and not undermine this with junk food sponsorships. Help us get this message to football: https://www.sustainweb.org/poll/sugar/ 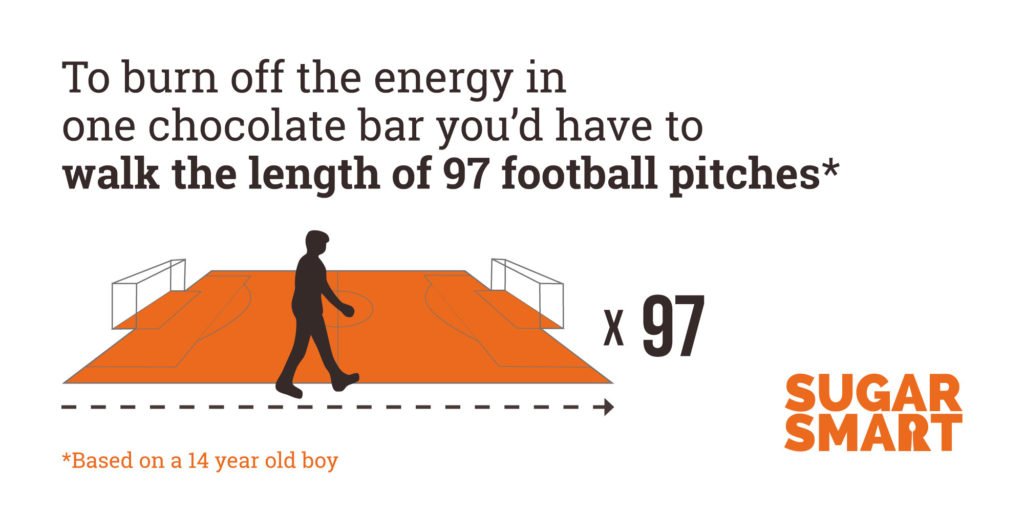 SUGAR SMART is a campaign run by Sustain and the Jamie Oliver Food Foundation encouraging local authorities, organisations, workplaces and individuals to reduce the amount of sugar we all consume. There are nearly 50 cities registered to run campaigns and 600 organisations involved in reducing sugar, from schools to sports clubs, restaurants, hospitals, dental practices and workplaces.

Health Impact Assessments carried out for UEFA club competition venues
Accrington Stanley? Who are they?