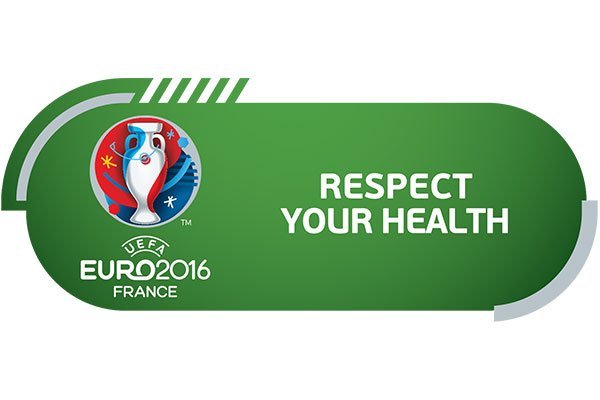 Posted at 12:33h in News by healthystadia

To mark World No Tobacco Day on 31st May, UEFA announced that a “Tobacco-Free” policy prohibiting smoking will be in operation across all internal and external areas of the ten French stadiums staging UEFA EURO 2016 matches from 10 June to 10 July next year. As part of the UEFA Respect your Health programme, next summer’s tobacco-free EURO policy will go one step further than at any other of UEFA’s previous tournaments. Volunteers and stewards will be trained to make sure that spectators are appropriately informed of the policy and the need to comply with it at all times. Any person using tobacco or e-cigarette products once they have passed through the turnstiles will be asked to stop.

Why tobacco-free stadia? Tobacco use is the largest preventable cause of premature death and chronic disease around the globe, and causes over 700,000 deaths in Europe every year. The primary reason why smoking will not be allowed during the UEFA European Football Championship is to
protect fans and staff from the dangers of “second-hand smoke” – a direct cause of disease, disability and death. Secondary reasons include setting a good example to young people, minimising any fire hazards presented by tobacco use, and contributing to a tournament promoting health and enjoyed
by all.

Over 6,500 people will be volunteering for UEFA EURO 2016. All volunteers involved in the Respect your Health campaign will be receiving “No Tobacco” training, through a purpose-built e-learning website, an App, and situational group sessions. The training will also be provided to security
managers and stewards, who will help to enforce UEFA’s tobacco-free policy.

UEFA worked in collaboration with the European Healthy Stadia Network and the World Heart Federation to develop the tobacco-free programme at the 2016 UEFA European Football Championship.

“The policy announced for UEFA EURO 2016 is one of the most progressive of its kind used at a sports tournament, and we hope this new benchmark is adopted by other competitions, both inside and outside of football,” commented Matthew Philpott, Director of the European Healthy Stadia
Network.

The strengthening of the total ban on tobacco consumption, sale and promotion is a natural continuation of UEFA’s commitment to promoting healthy lifestyles and a safe and sustainable environment through football. These are core focuses of the organisation’s Football and Social Responsibility activities.