Pedaling Away: Cycling in yellow and green 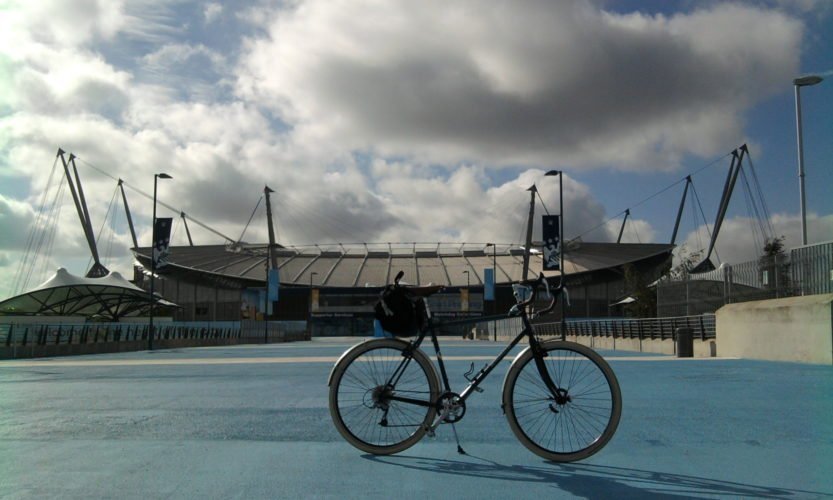 16 Jun Pedaling Away: Cycling in yellow and green

Posted at 11:00h in News by Michael Viggars

Sports clubs have a lot to gain from improving cycling provision at their stadia, in particular a healthier fan-base, more active workforce and reductions in noise pollution and improved air quality. We asked Healthy Stadia’s Director of Research, Robin Ireland, about cycling provision across Europe and the UK.

Being a Norwich City away supporter may be tough enough (check our results) but choosing to arrive by bicycle whenever I can has compounded the stress! As I gratefully recovered my Dawes single-speed from a stretch of railing on Elland Road after our last game of the 2016/17 season (3-3 after having been three up since you ask) I reflected back over the season. Just why do most stadiums in the UK make practically no provisions for cycle parking when it has to be one of the easiest and most sustainable ways of travelling?

Cycling to matches is something that the European Healthy Stadia Network has been keen to promote and of course there are some excellent examples across Europe. KAA Gent explored their Cycling Buffalos initiative at our most recent conference and recent Healthy Stadia Assessments in the Netherlands ahead of UEFA Women’s EURO 2017 unveiled extensive Active Travel Provision at FC Twente and NAC Breda.

But why is cycling provision so limited in England? I can only speak as a visiting cyclist and I am sure residents have more informed views but take Leeds for example. There are some decent cycle lanes there and I cheerfully cycled between the City Centre and Headingley where I was staying. But once I set off to Elland Road I saw no cycle route signs at all.

The same applies to Preston. There should be ample space for some cycle stands by the main car park at the front of the stadium. And even in Bristol, which is much more cycle friendly than most towns I have visited, I more or less had to navigate my own way to Ashton Gate where, to be fair, there are a decent number of Sheffield stands.

Incidentally, you may be imagining that I am some kind of super athlete, cycling to grounds across the country but no, I often take a bike in the back of my car when trains aren’t convenient and cycle the last few miles. Believe me it involves all that unpleasant congestion after the final whistle. And of course carrying your bike on the train represents another challenge altogether. A mention here for Trans Pennine Express who allow a free booking on their services which at least makes the travelling easy.

So, can it be done? I haven’t cycled to all grounds in the Championship and there are grounds I have visited in the past who do a decent job of supporting cycle travel. Manchester City and Shrewsbury Town, clubs of very different sizes in different leagues, are two that spring to mind. By the way, I sometimes ask clubs via social media whether they have cycle parking. Never had a reply although friendly home supporters sometimes do (cheers to fellow cyclists from Bristol and Leeds).

Ahead of the pack

But I do have my cycle-friendly award for 2017/18. Brighton & Hove Albion are a stand-out for me. This was an adventure. I took my fold-up Brompton with me for this one which included a slightly scary rush across London from Euston to Victoria to pick up my connection. Good job it was a folding bike on Southern Rail. I was practically folded round it on the commuter special to the South Coast. No wonder that rail line attracts so many complaints.

And Brighton? Decent cycle lanes to the Amex Stadium, proper signage and I even bumped into some home fans to cycle in with. A whole line of quality covered parking. First class cycling provision. Shame Norwich lost 5-0 with one of our worst performances of the season… 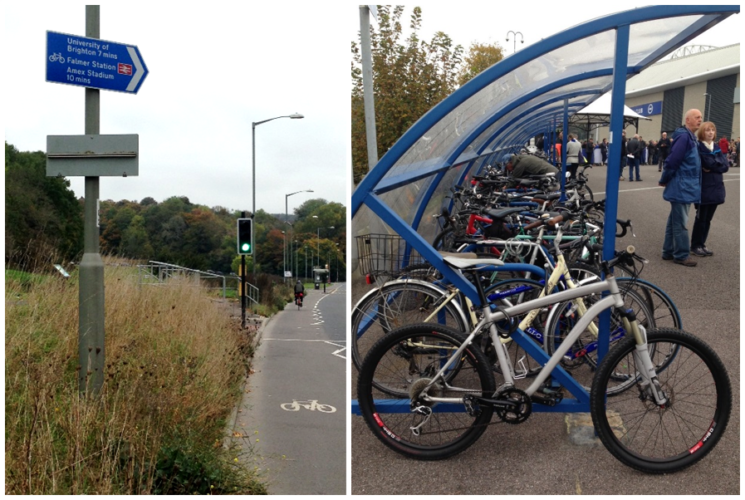 To keep up to date with Robin’s travels next season, follow @robinHEG on Twitter and use the hashtag #PedalingAway.

Click here for more information about Active Travel and how your club can improve its facilities.

Harnessing the Power of the Badge: the EuroFIT project
Healthy Stadia Assessments carried out for UEFA competition venues