Recent Success for Everton In The Community’s Health Programmes 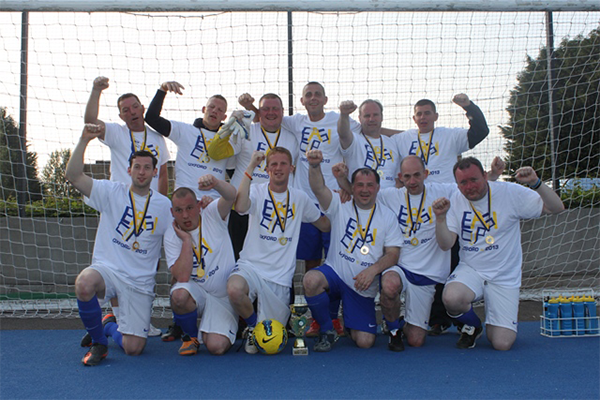 Posted at 09:33h in News by healthystadia

Abdominal aortic aneurysm (AAA) has become an emerging health concern affecting an increasing number of males aged over 65 years. Each year, 2% of all male deaths are caused by AAA equating to 6,000 across the country. Working in partnership with the Royal Liverpool Hospital in North West England, Everton in The Community (EitC) recently organised a screening day at Goodison Park along with the opportunity for those to be screened to meet Everton legend; Derek Temple.

The success of this initiative was attributed to using Goodison Park Stadium as a setting, the impact of having a former Everton player who males aged 65 years and over can relate to, and the non-clinical environment.

During the screening, four people were identified with aneurysms, which the Royal Hospital staff described as very high and approximately 20% higher than the normal rate. This has been attributed to Everton in the Community reaching individuals who are more at-risk due to poor lifestyle factors such as smoking, poor dietary habits and low levels of physical activity, that are common among the more deprived wards. EitC intend on hosting the screening service at least once a year, whilst the service will also be offered to EitC’s dementia groups.

The initiative has been highlighted on the Public Health England website:

In 2007 Everton in the Community developed an exercise programme called ‘Imagine Your Goals’, which has since benefited hundreds of people across Merseyside. The programme offers local people who are living with mental health issues, such as depression and anxiety, an opportunity to talk about their problems and seek help and support in a familiar environment.

A major component of the Imagine Your Goals programme has been the formation of Everton in The Community’s own 7-a-side football team, who have recently had major European success. The European Association for Sport and Social Integration (EASI) has hosted an international football tournament since its inception in 2002, held in European destinations including Parma, Birmingham, Amersfoort, Prague, Munich, Plattling and Linz.

Six years after first entering the E.A.S.I. Cup, Everton in the Community’s ‘Imagine Your Goals’ (IYG) team attempted to come away with highly coveted title of ‘Champions of Europe’, with this year’s venue being Oxford University. This year’s cup had eighteen talented teams from all corners of Europe. With a two eight-team group format with ten minute games taking up most of the day, it became important for teams to rotate their starting line up with each game. Everton’s team progressed through their group securing top spot with a game to spare, and then overcoming a team from Spain to reach the final against Portsmouth.

The Everton team had not progressed to the final of this competition before, but the Portsmouth team could not contend with the qualities of the Everton frontline, eventually running out 4-0 winners.