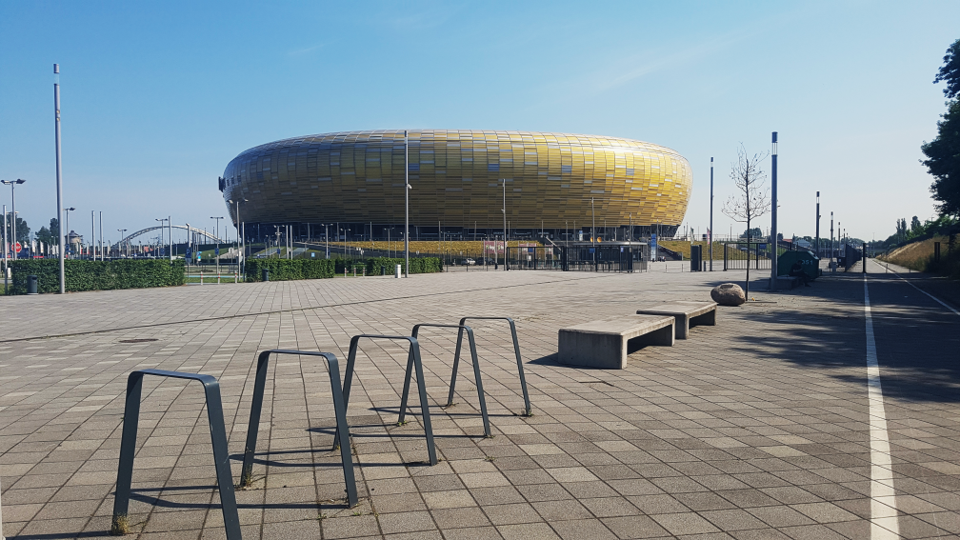 Posted at 11:11h in News by Michael Viggars

Ahead of next year’s UEFA Europa League Final in Gdansk, and UEFA Women’s Champions League Final in Austria, staff from Healthy Stadia conducted health impact assessments to learn more about health-promoting policies and practices in operation at each venue.

The health impact assessments consist of a three-step process including a baseline survey providing an initial benchmark of any health promoting policies and practices currently in operation; a site inspection and stakeholder meeting with stadium operations and a CSR representative alongside UEFA events; and, a final report and set of bespoke recommendations for the final and also suggestions to to develop a health-promoting legacy.

The report takes the form of a bespoke action plan that helps various UEFA departments in their planning for the event. Healthy Stadia performs an in-depth analysis of the following:

Healthy Stadia also looks at the club and stadium’s CSR offering providing information on health-orientated community projects and support for local, national and international campaigns such as World Heart Day. These combine to help leave a positive health legacy from hosting a UEFA event. A brief overview of the findings from the assessments can be found below.

Polish tobacco control law prohibits the use of tobacco products inside sports stadia including general access seating on matchdays so we expect to see a well-observed No Smoking policy during the UEFA Europa League Final next year. Stewards will receive specific training on instances of non-compliance to ensure 100% coverage throughout the interior of the stadium during the Final.

Stadion Energa has good active travel provision and is serviced by cycling lanes connected to the municipal bicycle network and hosts over 300 cycle locking stands in the immediate vicinity of the stadium. However, due to the security perimeter that will operate at the Final we expect much of the cycle locking facilities will be inaccessible to general access fans. We are working with UEFA to ensure that fans wishing to cycle to Stadion Energa have the facility to do so during the final.

At present, Austria has some of the weakest national tobacco control legislation in the EU, and therefore implementing a comprehensive No Smoking policy for the UEFA Women’s Champions League Final will be challenging. Over the next six months we will be working with UEFA to ensure that all women, children and families will attend the event will be protected from second-hand smoke.

Similar to Stadion Energa, the Generali Arena has excellent active travel provision with dedicated bicycle lanes and cycle-locking facilities servicing the stadium but much of this infrastructure may fall inside an external security perimeter. Plans are being put in place to ensure those wishing to cycle can leave their bicycles safely and securely.

To learn more about our health impact assessments and the range of advice and support available to club, stadia, leagues and UEFA Member Associations, please visit: https://healthystadia.eu/what-is-a-healthy-stadia-assessment/