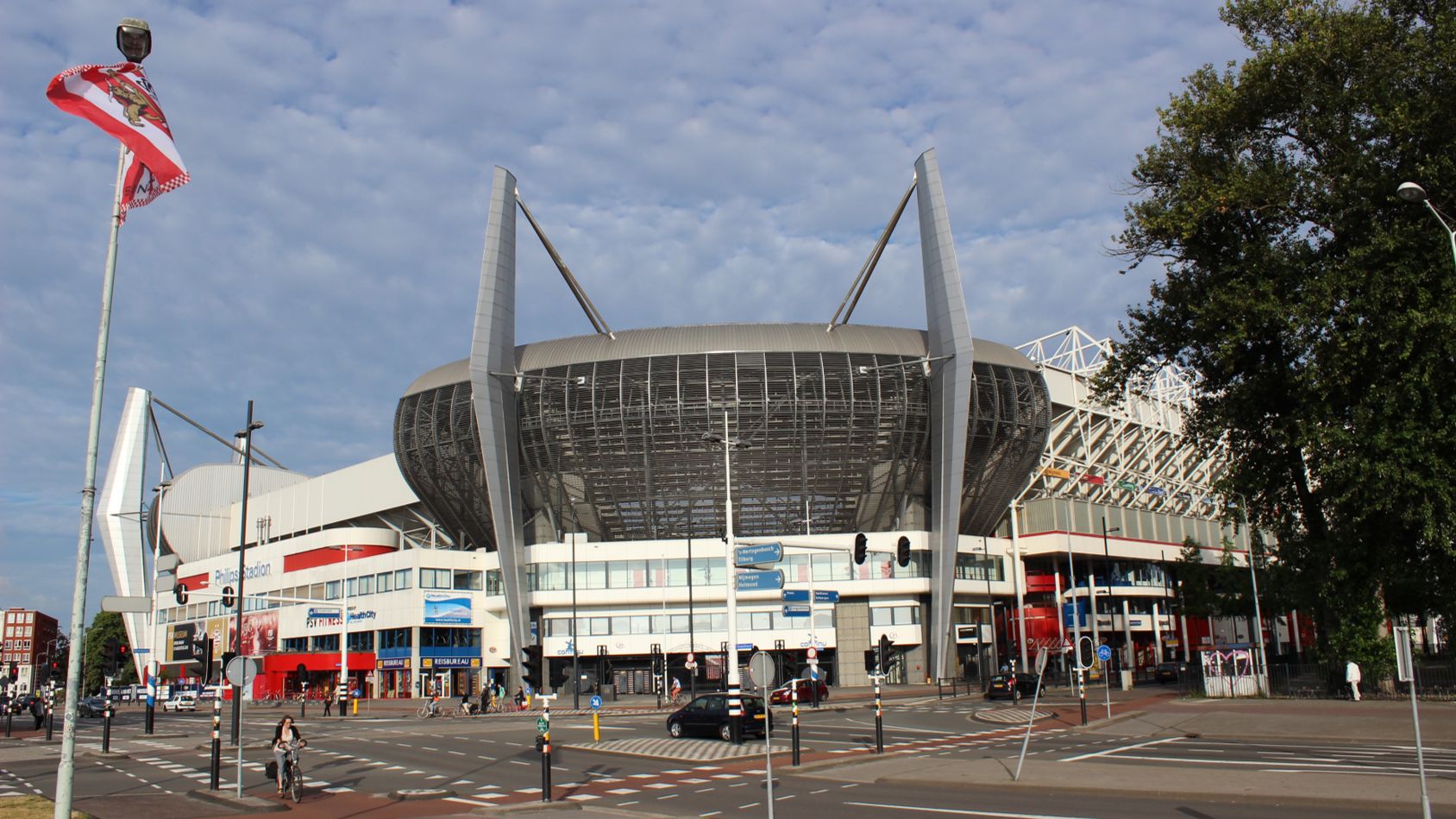 Posted at 16:05h in News by Michael Viggars

PSV Eindhoven have recently announced their intentions to implement a No Smoking policy at the Philips Stadion in 2019, whilst AFC Ajax declared their training and academy facilities Smokefree at the beginning of the year.

The Philips Stadion is set to become the first stadium in the Netherlands without a retractable roof to implement a No Smoking policy covering all internal and external areas of the stadium, including seated areas, for domestic football fixtures.

PSV have been working on measures to improve the matchday experience at Philips Stadion and introduced a smoking ban in the family and youth sections of the arena at the start of the 2017-18 season, citing the importance of protecting and reducing the initiation of smoking amongst young people as one of the primary drivers.

The Amsterdam Arena (AFC Ajax) and Gelredome (Vitesse Arnhem), both of which have a retractable roof, have operated a smoking ban since 1 July 2008, following the introduction of national legislation. Feyenoord and FC Groningen have also operated a No Smoking policy in their respective family stands at De Kuip and Noordlease Stadion respectively. Excelsior and Heerenveen are known to operate designated smoking areas or DSAs on a matchday.

But PSV, will become the first Dutch club to voluntarily adopt protective regulations that cover the entire stadium if plans go ahead. PSV will also prohibit cigars and e-cigarettes under the same policy.

Using tobacco is a major risk factor associated with heart disease, stroke, bronchitis, emphysema and a wide range of cancers. Even those who do no smoke are still at risk as the same poisonous toxins, gases and particles can be inhaled involuntarily through second-hand smoke. In Europe, second-hand smoke contributes to the death of 79,000 non-smokers a year.

De-normalising the connection between tobacco and sport is a slow process, but projects such as Rookvrije Generatie (Smokefree Generation) are beginning to change Dutch culture. PSV Eindhoven have also announced that their sports complex, De Herdgang, will go Smokefree from 1 July and earlier this month AFC Ajax also declared their training facilities smokefree with a brilliant video (see below).

Toon Gerbrands, director of the Eindhovens Gagblad said of the new regulations at PSV:

“At our sports complex we create a top sport climate, so that all PSV teams can work on the best performance under the best conditions. Smoking and passive smoking do not fit into the top sport lifestyle, it is also harmful, especially for young children.”

Harrie Timmermans, chairman of the supporters association of PSV, understands the ban:

These announcement follows the successful implementation of a tournament-wide No Smoking policy which operated at UEFA Women’s EURO 2017, in the Netherlands last summer, proving that Smokefree and Tobacco-free policies can work in the absence of sufficient national legislation, even during a large-scale tournament.

Supporters at all seven championship arenas, were protected by the regulation which was communicated through prominent signage throughout each ground, on the big screens before the match and during half-time and through digital media.

For more information on how your stadium can go Smokefree, please see our guidance documentation or email us at: info@healthystadia.eu