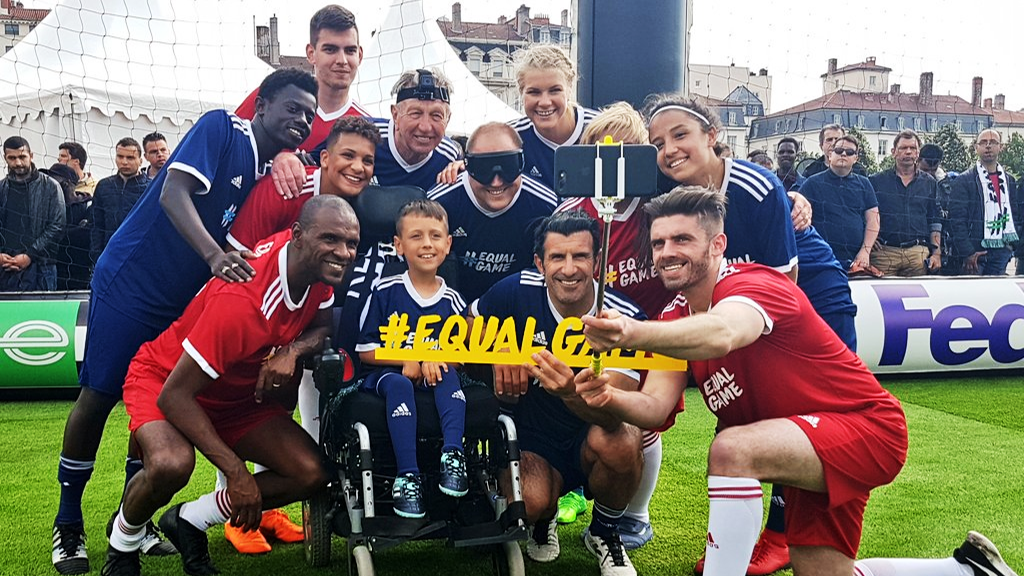 Posted at 10:37h in News by Michael Viggars

At the Europa League Village in Lyon and the Champions Festival in Kyiv fans from Liverpool, Madrid, Marseille and indeed all over Europe had the opportunity to experience different cultures, form new friendships and learn more about the organisation who coordinate these spectacular events every year – UEFA.

Fans also had the chance to learn more about UEFA’s Football and Social Responsibility partners in the #EqualGame zones and the work they undertake each year to make football a more open, inclusive and welcoming sport for all.

Launched in 2017, #EqualGame is part of UEFA’s Respect umbrella and is designed to promote inclusion, diversity and accessibility in football through digital and social media channels.

“It is vitally important that UEFA makes football accessible for everyone and, through the power of sport, becomes a global leader to fight for social equality.

“The new #EqualGame initiative aims to help to bring the football community closer together and ensure that values such as inclusion, gender equality and the fight against discrimination continue to be at the forefront of UEFA’s vision and beliefs.”

All of the organisations profiled at the #EqualGame zones are official football social responsibility partners of UEFA, including Football Against Racism in Europe (FARE), Homeless World Cup, Terre des Hommes and the ICRC. Several of these organisations put on specific activities for supporters to learn more about their work. 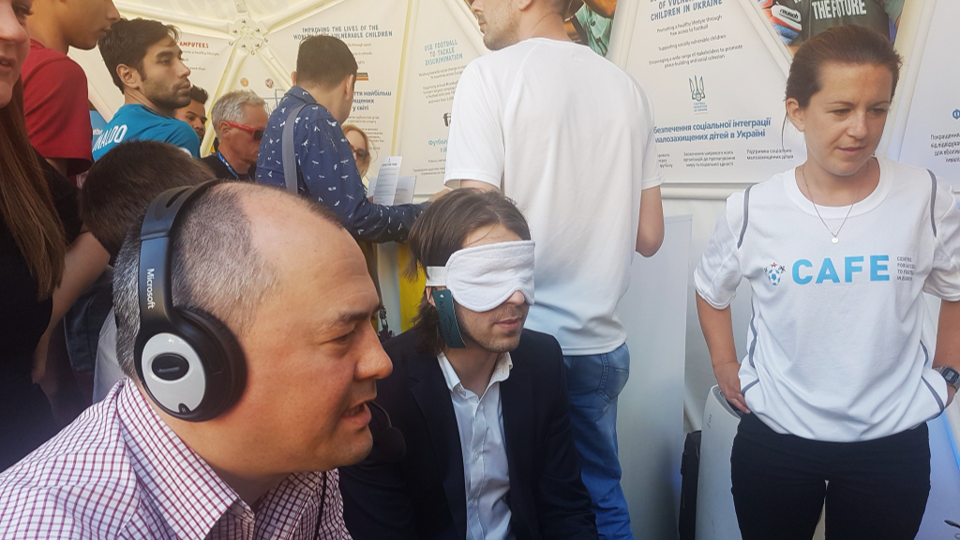 One of these partners, the Centre for Access to Football in Europe (CAFE), challenged fans to perform commentary to a blind-folded friend. This activity was designed to show how good quality commentary, describing the movement of players both on and off the ball, can create an uplifting experience visually impaired individuals.

Colour Blind Awareness also put on a range of activities to raise awareness of the prevalence of colour-blindness, and how this is particularly prevalent in males. Using different coloured t-shirts, the Colour Blind Awareness team were able to demonstrate to fans how famous football kits might look to someone without full-colour vision and the problems this presents in terms of kit clashes.

Several organisations also put on matches including amputee football, cerebral palsy football, Special Olympics football, and football for children from conflict areas to emphasise that although people are different, everyone can find common ground in their love of the game.