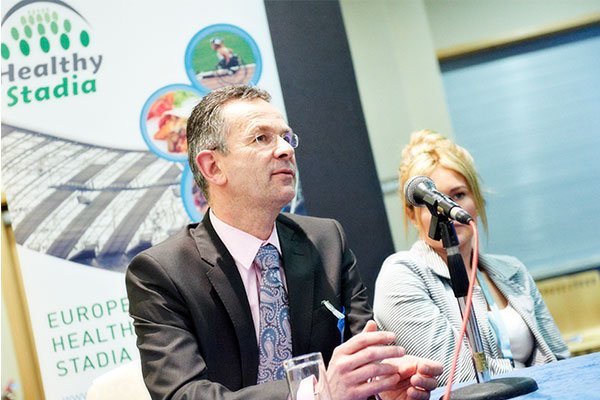 Posted at 15:13h in News by healthystadia

Professional sports clubs such as Manchester City FC, FC Barcelona and VfL Wolfsburg, plus major sports events including UEFA EURO 2012 and the London 2012 Olympics, are effective in promoting healthier lifestyles to fans and their local communities. This was the clear message delivered to clubs and stadia across Europe at the European Healthy Stadia Conference held at Manchester City’s Etihad Stadium on Thursday 21st March.

In addition to sharing examples of successful community health interventions, such as improving children’s exercise and diet through the ‘Scoring for Health’ project in The Netherlands, and raising levels of men’s health through the Scottish Premier League’s ‘Football Fans in Training’ project, original proposals made on the day by participants included: a new network of cycling routes to UK stadia inspired by the success of the London 2012 Olympics; provision of free water to children at sports fixtures; and, training of stadium stewards to deliver quit smoking advice to fans before entering grounds.

The Conference was organised by the European Healthy Stadia Network, and supported by the World Heart Federation through its partnership with UEFA. The Network works in 15 European countries with a membership of over 300 sports stadia and supporting organisations.

“The European Healthy Stadia Network is proud to be hosting its second European Conference and to be back in the North West of England. We now work with over 300 professional sports clubs and governing bodies of sport across Europe to improve standards of health through community interventions using the power of a club’s badge and simple policies at sports stadia that support healthier choices for fans. We will be showcasing some fantastic examples from our own UK stadia, with additional contributions from major names in sport and health such as FC Barcelona, UEFA and the World Health Organisation.” Matthew Philpott, Director, European Healthy Stadia Network

“UEFA is pleased to support the European Healthy Stadia Network and its 2013 Conference. Football stadia have always served as a vital gathering point for the local community, bringing people together regardless of their background. Today, Europe’s football stadia are rightly adding public health to the social functions that they fulfil, and the Healthy Stadia Network is helping to make that happen.” Patrick Gasser, Senior CSR Manager, UEFA

“Manchester City Football Club is delighted to be part of the European Healthy Stadia Conference at the Etihad Stadium and involved in the sharing of best practice. In recent years we have made a number of changes to stadium catering, with simple things like smaller portion sizes for children and fresh fruit options making a big impact on our family food offering. City in the Community’s award winning healthy eating scheme reaches 3000 children in Greater Manchester each year, and is further evidence of the Club’s dedication to healthy living” Steve Sayer, Operations Directors, Manchester City FC 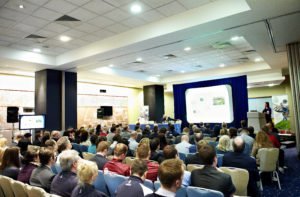