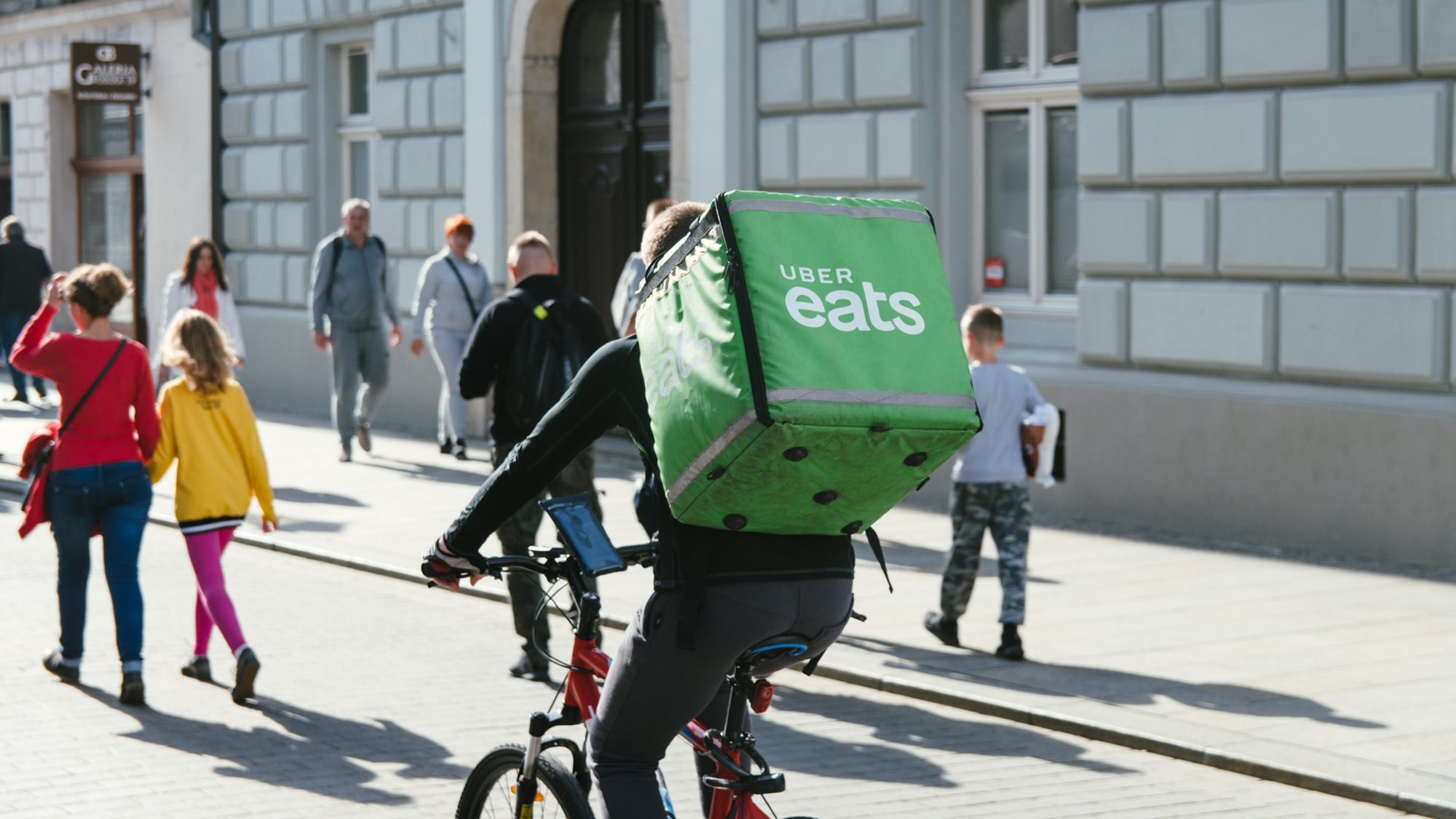 Posted at 14:55h in News by Michael Viggars

In the aftermath of the COVID-19 pandemic, football is still struggling to find its feet amidst empty stadiums and rigorous testing for players and staff. But online food delivery platforms are relishing Project Restart, tempting their new-found captive audience with pizzas, burgers, and fries.

As coronavirus spread around the world with frightening speed, sports organisations big and small were forced to cease operations to slow the spread of the virus and protect the health and wellbeing of their fans, staff and local communities.

Lockdown has meant no live sport for months, and even as elite football returns to our screens, sports stadia remain eerily quiet for fear of increasing the rate of transmission.

But it is not just fans that have been left reeling by the lack of sport. Online food delivery platforms (OFDPs), many of which now have commercial relationships directly with sports organisations, have been unable to exploit the power and widespread appeal of sport to promote energy dense, nutrient poor food and drink items to unwitting fans.

But with Project Restart well underway and Premier League, FA Cup, playoff, or Championship fixtures on every day until 10 July, there are now no shortage of opportunities, despite the postponement of this summer’s mega events including the Olympics and EUROs until at least next year.

In this article we take a look at how OFDPs are switching their attention and marketing budgets to the return of domestic football, taking advantage of the beautiful game and putting profit before public health.

Earlier in June, the English Football League (EFL) announced a new partnership that will see Just Eat become the ‘Official Food Delivery Partner of iFollow’, the EFL’s live-streaming platform, until the end of the season.

The new deal will help fans ‘enjoy the football from the safety of their homes’ and coincides with a 15% discount being offered across the platform, nudging fans to pick up their mobile and order from big takeaway brands such as McDonald’s, KFC and Greggs, as well as traditional full-service restaurants.

Some 3000 new businesses have applied to be featured on the Just Eat platform during the COVID-19 pandemic with dinner orders now starting two and half hours earlier than standard. There has also been a 36% rise in dessert orders with chocolate fudge cake taking the top spot.

This partnership deal may well foreshadow a much larger, long-term partnership between the EFL and Just Eat as OFDPs begin to displace traditional junk food brands who have historically sponsored sport.

Whilst OFDPs such as Just Eat will insist they are providing fans with greater choice, on closer inspection, that choice consists largely of pizzas, burgers, and fries – just from different restaurants. The problem with having restaurant food delivered to your door is that eating food consumed (or in this case prepared) outside the home is typically higher in calories than food consumed inside of the home.

Project Restart has produced a race to the bottom as pizza delivery companies try to out-discount and out-offer each other for the affection of football fans across the country.

Pre-match advertising slots have been sliced up by the big boys, including Dominos, as they seek to encourage fans to order before kick-off to get their pizza delivery for half-time.

Papa John’s is also offering 50% off your pizza order when you spend £15 or more if your chosen football team scores twice in the same match. This will undoubtedly lead to a surge in people claiming to be Manchester City supporters as they return from lockdown in good form.

Jokes aside, half-time pizza is deeply entrenched in our footballing culture and offering ever-cheaper slices when large pizzas regularly exceed 1500 calories could be considered irresponsible.

Across the channel, the first division of the French professional football league, Ligue 1, has unveiled its new branding for the 2020/21 season – Ligue 1 Uber Eats.

The deal, which was announced in January, came with heavy criticism from fans and the media, particularly as Ligue 2 is currently sponsored by Domino’s Pizza.

But in the UK, Budweiser, one of the Premier League’s official partners, has teamed up with Uber Eats offering free delivery to customers when they spend at least £10 on food and also order Budweiser, Bud Light, Stella, Corona and/or Becks lager from serving restaurants in selected cities.

The promotion also pledges to have alcohol delivered to your front door in as little as 30 minutes allowing for last minute and top-up orders just in time for the football.

This arrangement comes with a myriad of problems including normalising the consumption of energy dense, nutrient poor food with alcohol and consuming both when watching football.

We also have concerns with the delivery of alcohol to households as there are multiple points where a breakdown in communication could allow children under the age of 18 to receive alcohol.

Uber Eats stress that the courier will need to see ID on delivery of any order but if this is not communicated to the courier or courier has not received sufficient training, some orders may slip through the gaps.

In the wake of the pandemic, football organisations have been quick to highlight their support of the NHS and local healthcare services, and many club community organisations as well as players themselves have done tremendous work supporting disadvantaged populations. Please read Marcus Rashford.

However, despite the blue NHS badges adorning club jerseys for the time being, and big screen messages of support, the commercial relationships sports organisations have, tell a very different story.

As the links between obesity and COVID-19 continue to grow, the government should introduce restrictions on the promotion of high, fat, sugar and/or salt (HFSS) food and drink products – particularly when sport is being used to promote them.

Sports organisations themselves should also be wary of entering into partnerships arrangements with OFDPs as their use is fast becoming normalised which may contribute to increased calorie consumption, which over time can lead to weight gain.

It isn’t just OFDPs who have been using Project Restart to promote unhealthy food and drink to fans – supermarkets have been offering their own pizza deals, often including sides, soft drinks and alcohol. Our sister organisation Food Active has broken down these loss-leading deals here.

This article has been jointly produced by Healthy Stadia and Food Active – co-authored by Michael Viggars, Beth Bradshaw and Robin Ireland.