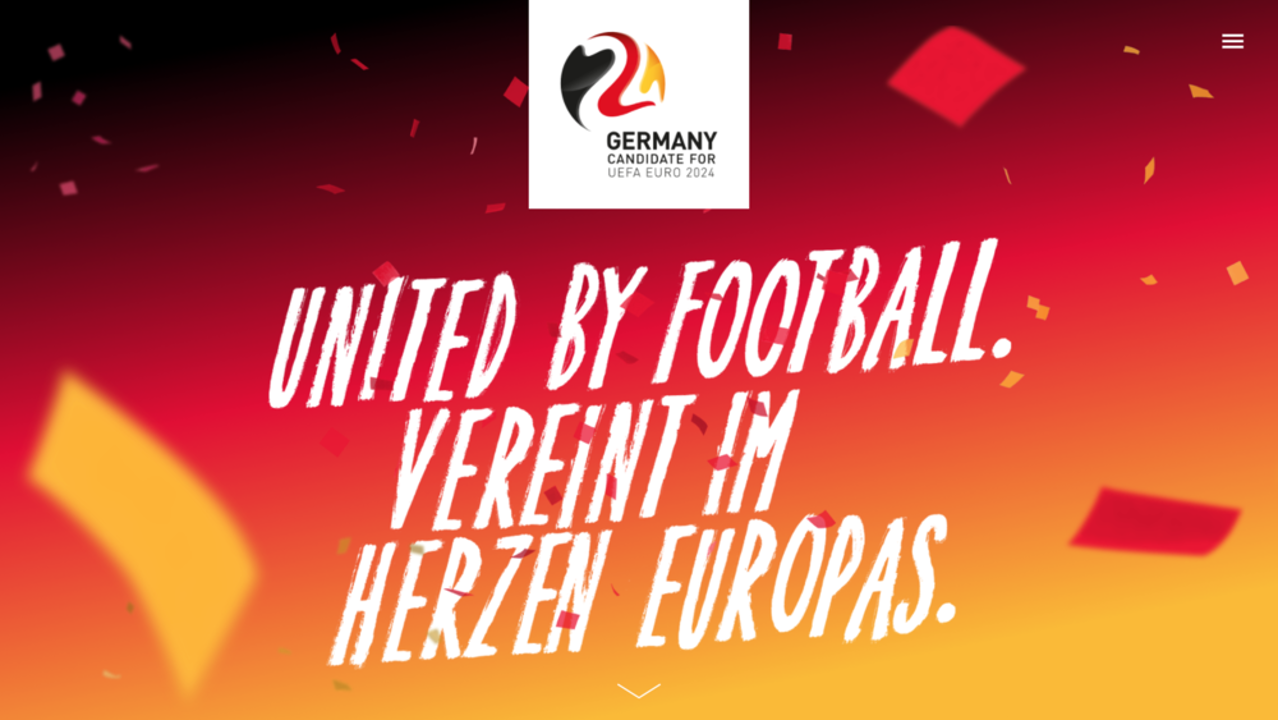 Posted at 10:39h in News by Michael Viggars

UEFA President Aleksander Čeferin announced last month that Germany will host the final tournament of the UEFA European Football Championship in 2024 during a ceremony held in Nyon, Switzerland, in front of representatives of the two bidding associations, Deutscher-Fußball-Bund (DFB) and Turkiye Futbol Federasyonu (TFF).

Germany’s winning UEFA EURO 2024 bid demonstrates a significant commitment to healthy lifestyles, pledging to develop tobacco-free matchday environment with the assistance of Healthy Stadia and our Tobacco-Free Stadia Guidance; provide healthy alternative food and beverage offerings using Healthy Match Mark; and encouraging fans and staff travelling to host stadia to include walking or cycling as part of their journey.

The German UEFA EURO 2024 bid includes the ambition to implement a goal-standard Tobacco-Free Stadia policy across the tournament, prohibiting the use, advertising and sale of tobacco and e-cigarette products in all indoor and outdoor environments.

Similar to the situation in France for UEFA EURO 2016, there is currently no national legislation in Germany prohibiting the use of tobacco products in stadium environments. However, a number of clubs have voluntarily introduced No Smoking policies in their stadia to help protect stadium visitors from the dangers of second-hand smoke.

In Europe, second-hand smoke contributes to the deaths of 79,000 non-smokers a year and about a quarter of those killed by second-hand smoke are children. Stadium environments often contain semi-enclosed spaces where tobacco smoke can accumulate, increasing the risk of adverse consequences for fans and staff.

Bayern Munich have recently introduced a new No Smoking regulation at the Allianz Arena covering all seated-areas of the stadium. The Allianz Arena will be covered be a comprehensive Tobacco-Free stadia policy as part of UEFA EURO 2020 regulations.

The implementation of No Smoking policies will not be limited to the ten host stadia put forward for the tournament. All upper tier Bundesliga clubs will be offered support to implement their own No Smoking policies alongside any stadiums with a capacity in excess of 25,000 seats.

Across Europe, many fans choose to travel to sports stadia in their cars. This often creates congestion in and around stadia, especially in inner-city areas, and  polluting the air, subsequently reducing air quality. By encouraging fans to walk and cycle to stadia, there is reduced pressure on parking, reduced CO2 emissions, and improved air quality.

DFB plans to incentivise supporters to walk and cycle to host venues in order to alleviate some of these issues and help to ensure UEFA EURO 2024 is a sustainable tournament by international standards.

In terms of cycling, special “EURO Routes” will be developed to signpost cyclists to host stadia from key city centre locations. Upon arrival, cyclists will have secure cycle locking facilities and charging stations for those using e-bikes. Bike repair stations will also be operated by local organisations.

Prior to each UEFA EURO 2024 fixture, two fan walks for each opposing team will also be organised helping thousands of supporters to include an active component in their journey and generate a lively atmosphere ahead of each game.

Catering at football stadia continues to be an issue with many sports stadia traditionally offering products high in fat, salt or sugar such as pies, burgers, hotdogs and pizza. However, research suggests that the public’s appetite for these types of products is decreasing. Fresh, healthy options such as grilled-meat sandwiches and pasta pots should be offered to stadium visitors to help maintain revenue streams from matchday concessions.

DFB has committed to developing a food and beverage offer that provides all stadium visitors the opportunity to enjoy healthy food and drink at a reasonable price. There will be a particular focus on regional cuisine, and all products are expected to feature a clearly marked traffic-light system (red, amber, green) to help fans make informed choices.

Mineral water will also be offered at a lower price point to sugar-sweetened beverages such as lemonade to encourage supporters to choose healthier options. DFB will also explore the possibility of free drinking fountains for supporters on a matchday.