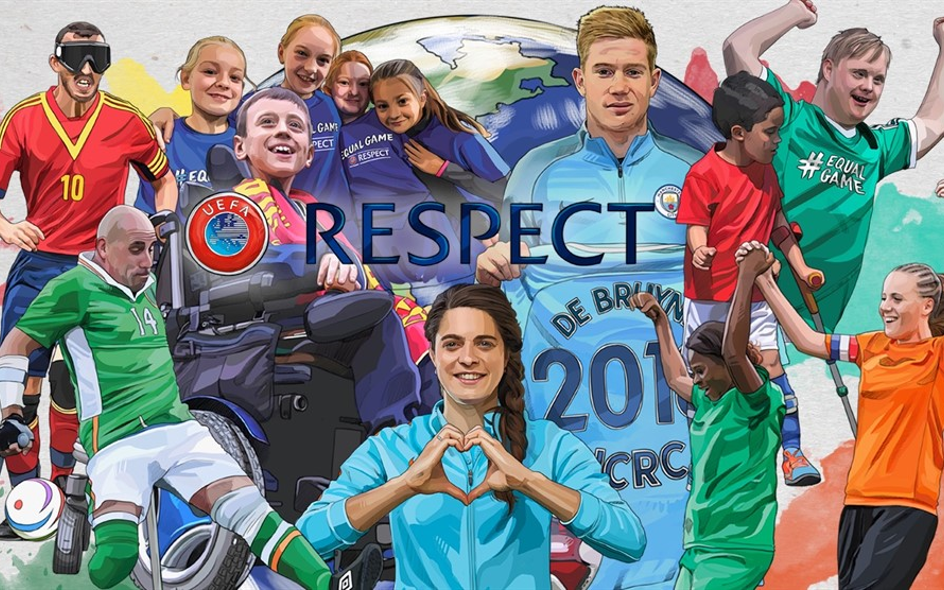 Posted at 11:18h in News by Michael Viggars

The fifth UEFA Football and Social Responsibility Report looks at UEFA’s social responsibility achievements, as well as those of partner bodies, in the fields of diversity, inclusion, environment, health, peace and reconciliation, solidarity and fan dialogue.

Social Responsibility is an integral part of UEFA’s business process; initiatives launched under the UEFA HatTrick Fund for national associations; the #EqualGame campaign; and cooperation with stakeholders are among the highlights of the 2016/17 UEFA Football and Social and Responsibility report.

This fifth UEFA Football and Social Responsibility report – the final one in a cycle that began in 2012 – looks at UEFA’s social responsibility achievements, as well as those of partner bodies, in the fields of diversity, inclusion, environment, health, peace and reconciliation, solidarity and fan dialogue.

It summarises efforts made during the 2016/17 football season to integrate social responsibility, including sustainability, in the UEFA business process.

In addition to reviewing the past year, the report also takes the opportunity to look back at the work undertaken over the five-year cycle, and uses qualitative and quantitative data to demonstrate the extent to which projects have achieved their goals.

Highlights in 2016/17 include the launch of UEFA’s new social responsibility initiative funded by the UEFA HatTrick programme, to support Europe’s national associations in their FSR work. The report summarises the projects approved by UEFA.

The spotlight also falls on the excellent work carried out to promote an active and healthy lifestyle at UEFA Women’s EURO 2017 last summer. In addition, the report features a contribution from UEFA’s stadium and security unit showing their work to improve safety and security standards at Europe’s stadiums.

With the new 2017-21 cycle underway, the report also reflects on present and future challenges – in particular, following a recent independent review of UEFA’s FSR policy and a comprehensive consultation process.

“By and large, that review resulted in the confirmation of the strategic decisions taken,” says Peter Gilliéron. “It also highlighted the need for increased efforts to tackle Europe’s migration and refugee crises, and address the issue of child safety, and these findings have been taken on board.” Another new innovation for the new four-year cycle sees the inclusion of human rights criteria in the bidding process for UEFA competitions.

UEFA’s #EqualGame campaign launched last August, Gilliéron adds, is “a further sign of our ambition to maximise the positive impact of football.”

“#EqualGame aims to ensure that football can continue to grow and flourish, helping more people across Europe to access, play and enjoy the game.”

Accrington Stanley? Who are they?
Everton in the Community & Edge Hill University Conference 2018