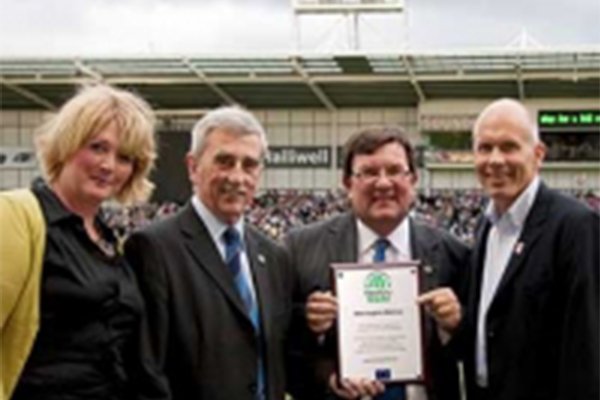 Posted at 10:14h in News by healthystadia

NHS Warrington, Warrington Wolves and the Wolves Foundation are celebrating having being awarded ‘European Healthy Stadia Status’. All the organisations have been recognised for their on-going commitment to improving the health and lifestyles of the Warrington population through initiatives such as the Tackling Health campaign.
The European Healthy Stadia Network works across 12 European countries to develop, promote and roll out healthy initiatives with the support of local service providers. The network is coordinated by UK-based cardiovascular disease prevention charity, Heart of Mersey, and is now part-funded by the World Heart Federation.

Being part of the network will support The Halliwell Jones stadium to continue successful campaigns like Tackling Health and expand their focus on health initiatives.

During last week’s Warrington Wolves vs. Hull Kingston Rovers game, partners were presented with the European Healthy Stadia plaque by Heart of Mersey Chief Executive Robin Ireland, in recognition of their pioneering approach to healthy stadia.

Robin Ireland said:
“Since its initial links with Heart of Mersey in 2006, Warrington has been at the forefront across Europe in using its stadium as a place where people can go to have a positive healthy experience playing or watching sport. The partners’ action plans demonstrate what can be achieved through harnessing the power of sport to improve community health.” 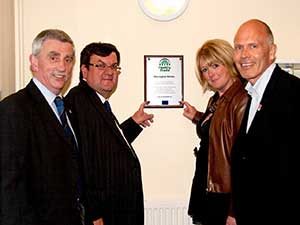 The plaque will remain prominently displayed at The Halliwell Jones Stadium