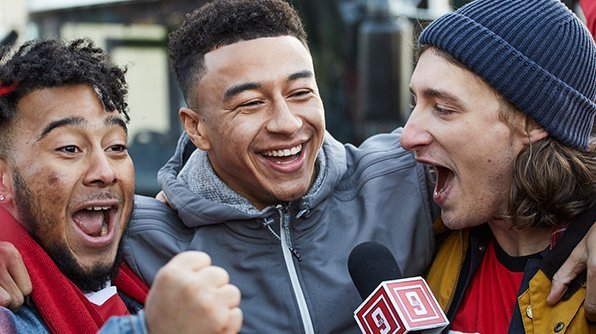 Posted at 16:19h in News by Michael Viggars

In late January, Healthy Stadia and the Football Supporters Federation wrote a joint letter to the UK’s Minister for Sport (Mims Davies MP) and Secretary of State for Health and Social Care (Matt Hancock MP) urging UK Government to establish mandatory restrictions on further marketing of HFSS products through the ‘National Game’. The letter was in response to the launch of a new sponsorship partnership between the English Premier League and Coca Cola GB, the latest in a series of high fat, sugar and/or salt (HFSS) brands associating themselves with national football organisations.

A campaign entitled Where Everyone Plays ‘celebrating’ the new partnership between the Premier League and Coca Cola was activated today (07/02/19) on social media, and will feature across TV advertising slots from tomorrow evening, only featuring the Coca-Cola Zero product. According to the accompanying press release, the advert celebrates the “power of football to bring people together” and features “250 real fans from all 20 Premier League clubs…and showcases the people who make the Premier League the most exciting and diverse league in the world.”

Echoing similar rhetoric to the current barrage of betting adverts on TV offering fans an ‘enhanced experience’ of sport when aligning with their brand, the Where Everyone Plays campaign claims it will “bring fans closer to the magic of the Premier League”, and will be followed up in due course with on-pack promotions for match tickets and VIP experiences.

Using a well-tested format (think the Holidays Are Coming…Christmas truck tour), there will also be a bus tour that starts in March featuring the Premier League trophy. It is fair to assume that samples from across the Coca-Cola portfolio will also be given away to fans as part of the tour, including regular sugar-based Coke, plus diet and zero drinks. It remains to be seen if Coke’s Smart Water will also be available as a sample, but you can be sure that the main branding on the bus and across many of the campaign assets will be the Coca-Cola masthead brand, offset with some Coca-Cola Zero branding for good CSR credentials; indeed this is something that was on evidence at the campaign launch event earlier this week – see below. 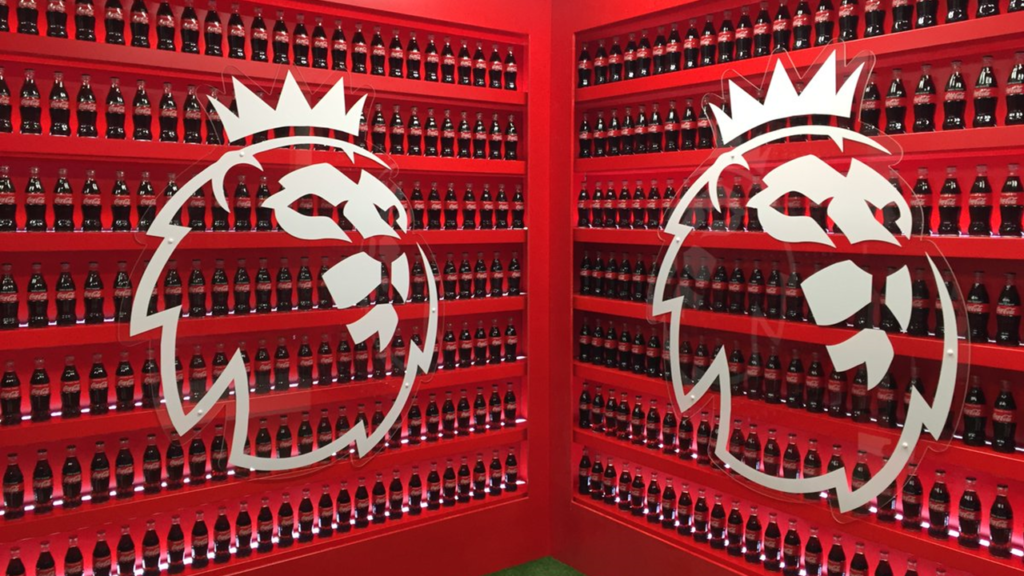 So why are we now asking national football organisations to reconsider whether partnerships promoting HFSS brands are still socially acceptable, and for UK Government to enforce mandatory regulations stopping further marketing of junk food through the ‘National Game’?

Football has been used internationally and in the UK for many years to market HFSS products. Marketing channels and UK examples include club-based and league-based sponsor partnerships (Gatorade, Cadbury, Coca-Cola), competition sponsors (Carabao), broadcast media advertising (Domino’s Pizza), pitch side advertising (Monster Energy Drink) and grassroots programme sponsorship (McDonald’s, Mars), all of which look to influence the consumer habits of fans, including children and young people.

It is now well documented that the UK is experiencing a child overweight and obesity crisis which will cost the NHS billions of pounds per year if trends are not reversed. Data from the National Child Measurement Programme (2016/17) shows that one in five (20.6%) of all Reception Age children are classed as overweight/obese, and an even higher figure of over one in three (34.2%) of all Year 6 school children are classed as overweight/obese. And this is just an average, with figures rising to 43.9% of year six children in one local authority area of Greater London. The consequences for rising levels and early onset of type two diabetes are stark.

But this is not just an issue concerning obesity and diet-related diseases. Going back to the new partnership between the Premier League and Coca-Cola, part of the campaign rhetoric focusses on the wider portfolio of products that are part of the sponsorship partnership, including diet and zero sugar variants. Whilst these sub-brands have less impact on weight gain, this does not take into account the effects on oral health of regularly consuming both traditional and diet versions of soft drinks, with the acid in both traditional and sugar-free soft drinks a cause of decay owing to dental erosion. In addition to the trauma associated with extraction of children’s teeth, these needless operations put yet more financial burden on the NHS, operations for which increased between 2013 and 2018 by 18% to a total of 45,077 per annum at a cost of £38.9m.

We argue that partnerships between HFSS brands and football organisations and sports competitions are not incidental. By linking themselves to clubs, players, leagues, competitions and grassroots participation, these companies are attempting to associate their brands with a healthy and active lifestyle, thereby minimising the public scrutiny of their contribution to the UK’s childhood overweight and obesity crisis.

Whilst parental and individual responsibility undoubtedly has a role in slowing this trend, the issue of sports organisations taking sponsorship from companies promoting unhealthy products has already been recognised as an issue by UK Government, something that is highlighted in the 2015 Sporting Future strategy document:

‘Sponsorship is an area where a number of sports, and individual clubs, have adopted a responsible approach, for example around sponsorship by companies marketing alcohol or high fat, sugar and salt (HFSS) foods. We will continue to discuss with sports the scope for voluntary agreements in this area.’

Regardless of a renewed focus on ‘responsible sponsorship’, since this strategy document was published in 2015, clubs, leagues and governing bodies have entered into new partnership deals with companies marketing HFSS products (including Mars, McDonalds, Carabao, Coca-Cola), showing that we need a much tougher stance on this issue from UK Government that is not based upon voluntary agreements.

UK Government’s Childhood Obesity Plan, in particular Chapter 2 published in June 2018, has started to address some of the key issues associated with reducing levels of childhood obesity such as reformulation, calorie reduction and restrictions on marketing of HFSS products. Yet, despite the huge role football and sport plays in children’s lives, there are still no restrictions on HFSS food and drink brands entering into lucrative partnerships with sports organisations. This is something that was successfully achieved in the UK in the case of tobacco sponsorship of sport as far back as 2003 (2005 for Formula 1), whilst countries such as France and Norway have established regulations banning sponsorship of sport by alcohol companies.

With overwhelming evidence that the marketing of HFSS food and drinks products is directly associated with the childhood obesity crisis in the UK, we now ask governing bodies of sport, league operators and clubs to reassess the type of partnerships they enter into given the health and financial costs of childhood obesity in the UK. We well recognise some of the excellent work undertaken by the community functions of UK leagues and clubs to increase levels of physical activity and educate children on the importance of healthier eating and active lifestyles, and for this they should be applauded. However, marketing of HFSS brands through sport and the resulting mixed messages do much to undermine this good work, whilst consumption of many HFSS products such as sugary drinks, crisps and confectionary is not simply a treat for many children, but a daily staple.

We therefore argue that now is the right time for UK Government to bring forward regulatory mechanisms that prohibit further sponsorship partnerships between HFSS brands and national football organisations in the UK. Until UK Government takes stronger action through regulation, the exploitation of sport by HFSS companies to stimulate demand for their products will continue to be an issue #WhereEveryonePays.

To see a copy of the letter to the Parliamentary Under Secretary of State for Sport and Civil Society (Mims Davies MP), please click here.

Other Ministers and MPs contacted on this issue included:

Marketing to Children through sport: How sugary drinks companies circumvent their own policies
How the Premier League re-brand caught the eye of Coca-Cola